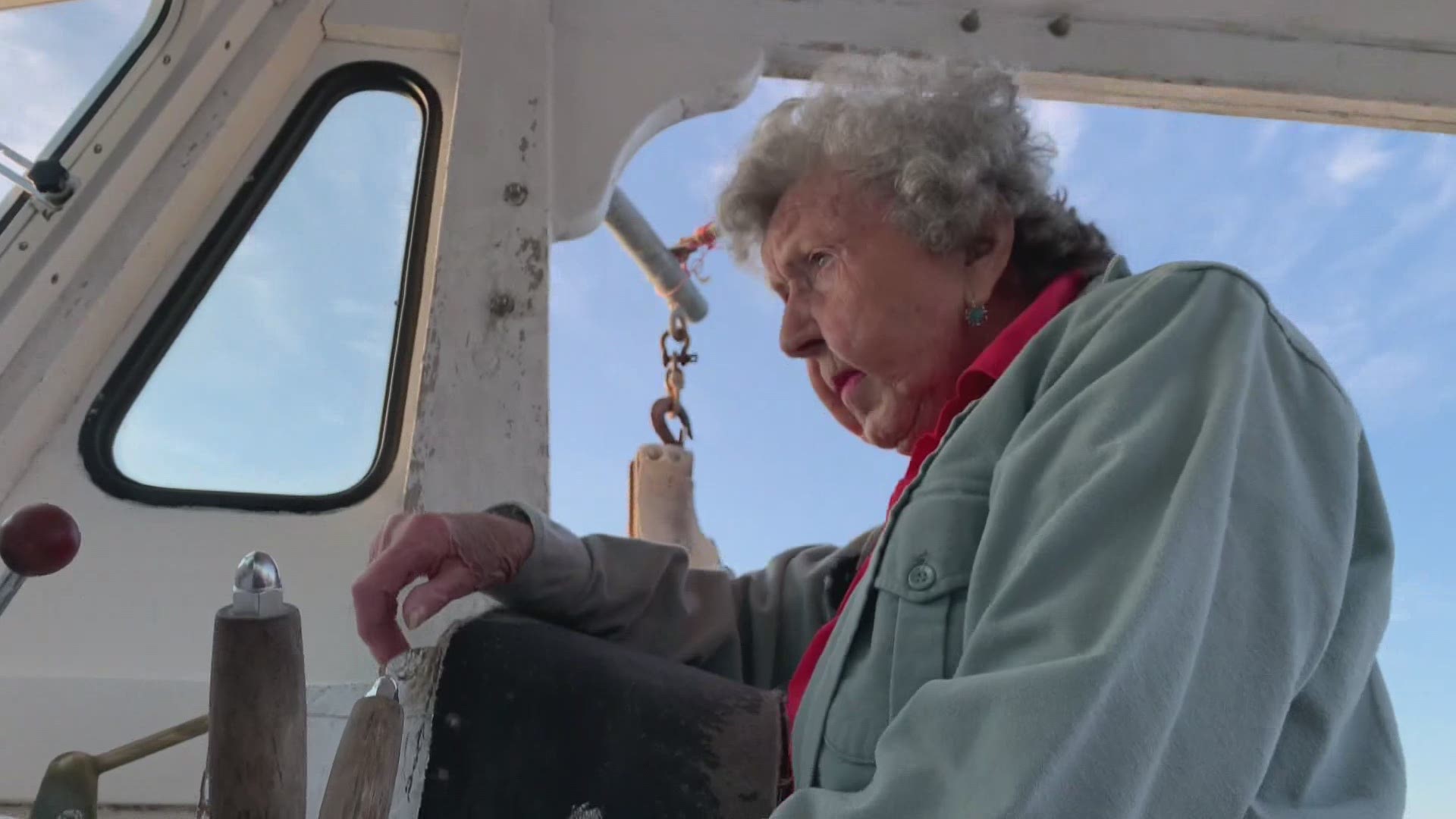 ROCKLAND, Maine — Virginia 'Ginny' Oliver, the 101-year-old-woman who is still lobstering, captured the hearts of Mainers as well as people all over the world when we introduced her on 207 in July, but her biggest fan yet may just be a Jedi master.

Star Wars actor Mark Hamill, who played Luke Skywalker in the saga, quote tweeted a picture of the Rockland native to his 4.7 million followers, referencing the famous film.

Hamill is very active on Twitter, regularly retweeting feel-good stories of the day. In the tweet, Hamill talks about a photo of Ginny that looks as if she is moving a lobster using the iconic Star Wars power of 'the force.'

Hamill said in the tweet, " The Force is strong with this lobsterwoman." The line is a takeoff from a climactic moment in the original Star Wars film, A New Hope. In the scene, bad guy Darth Vader is trying to shoot down Hamill's character Luke Skywalker in his X-Wing fighter.

Twitter users got in on the action by adding lightsabers at the hands of Virginia and the lobster.

I don't know who made this, but my wife showed it to me, and it's perfect! pic.twitter.com/KTBozMomNH

“I will deal with this Jedi slime myself.” pic.twitter.com/HSLctKqDww

Some users even pitched Virginia as Marvel's next superhero.

Maybe it should be Lobsterwoman, the next addition to the Marvel universe

Hamill recently reprised his iconic Luke Skywalker role in a cameo in the Disney+ series The Mandalorian. The streaming service will release a new episode of Disney Gallery on Wednesday, talking about his return and how they used special effects to make Hamill look like his younger self from the original trilogy.

But back to the real star of this story. In July, Ginny told 207 that the best thing about lobstering is "being the boss."

"You just have to keep going otherwise you would be in a wheelchair or something," she said.

A member of the Rockland Historial Society made a short documentary about Virginia a couple of years ago. She's obliged to questions but seemed to wonder what the fuss is all about. To herself, she's just a woman who loves the water, her family, and her independence.

When asked when she thinks she'll retire her lobster pots, she quickly answered, "When I die."

"Everybody gonna die sometime," the Lobster Lady said. "You not gonna live forever, so why let it bother you?"