One of Alex Trebek's final Jeopardy! contestants reflects on the game show icon

A woman from Chapel Hill was one of Alex Trebek's final Jeopardy! contestants. 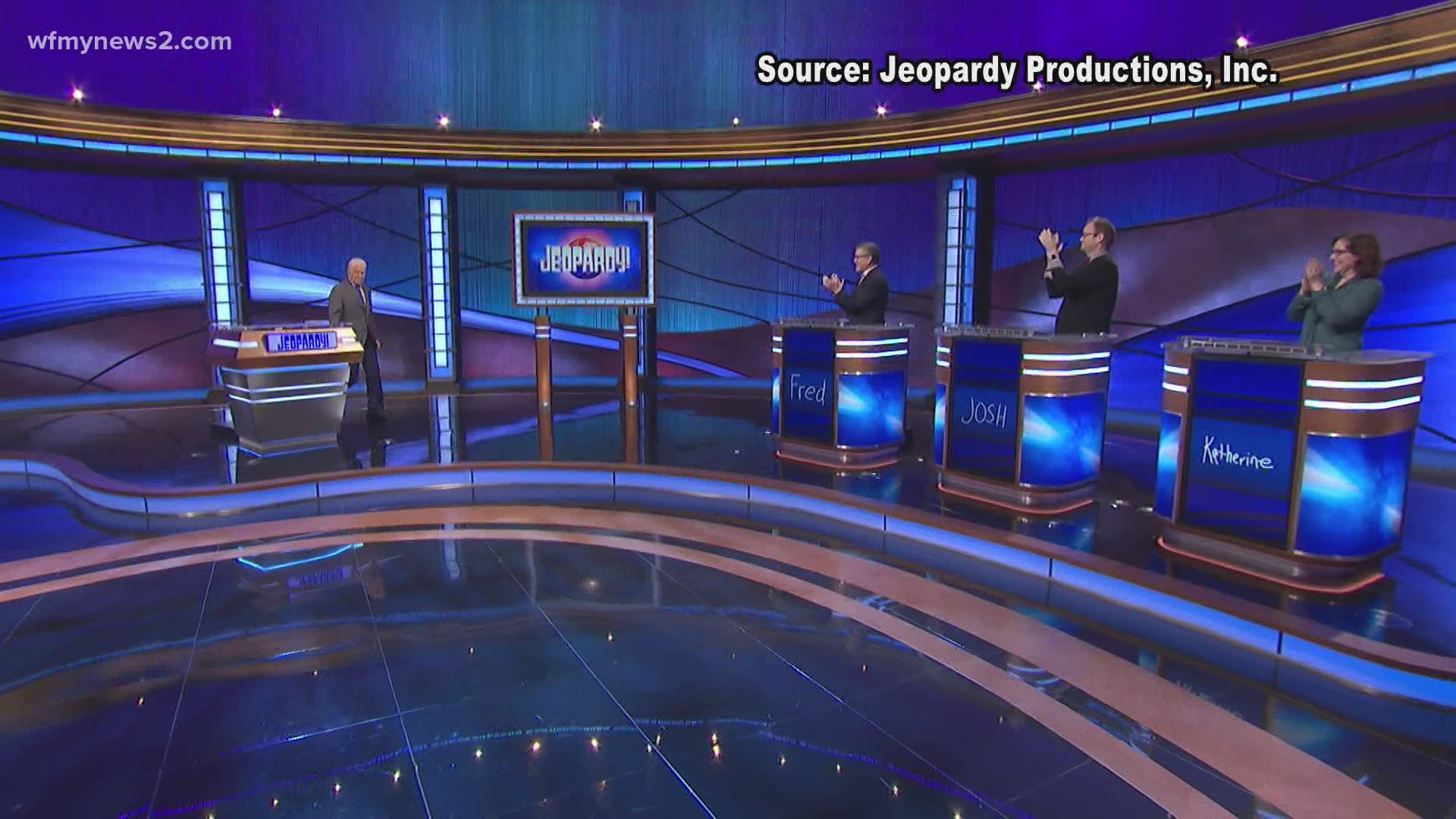 CHAPEL HILL, N.C. — It was a dream come true for Katherine Ryan.

The Chapel Hill native appeared in two recent episodes of Jeopardy. You could say being a competitor is in her blood. After all, her dad is Mack Brown, UNC's head football coach.

"I'm not sure if he had ever watched the show or not,” Ryan laughed. “But he started watching then."

Ryan had always admired host Alex Trebek. She admitted she was worried after learning last year that he had pancreatic cancer since her grandmother died from the same type.

"She had passed very quickly after her diagnosis, so I was very concerned for him after I first heard that," said Ryan.

Even though Ryan knew of his struggles, she said it wasn't obvious when she met him. "I had no idea that he was nearly as ill as he must have been. He looked great, completely professional, completely sharp."

But the host's time was coming to an end.

"When I had shot with him in September,” said Ryan. “We all had high hopes and it was just really sad to hear that we had lost someone of his stature."

He'd pass away less than two months after the taping. Ryan cherishes the moments she was able to spend with Trebek.

"I'm so grateful for this opportunity,” said Ryan. “I'm so grateful that I got to meet him, and it was such an honor to be on when he was still there."

Ryan said it's been difficult watching the new episodes. "Anytime Alex is on the screen, I think any of us who are fans of his are sort of sadly counting down the remaining episodes that he appeared in."

Soon, there will no longer be new episodes with Trebek at the helm. For Katherine Ryan and countless others, there's no question he'll always be there in spirit.