A year after closing due to the pandemic, four AMC movie theaters in Prince George's County reopened on Friday. 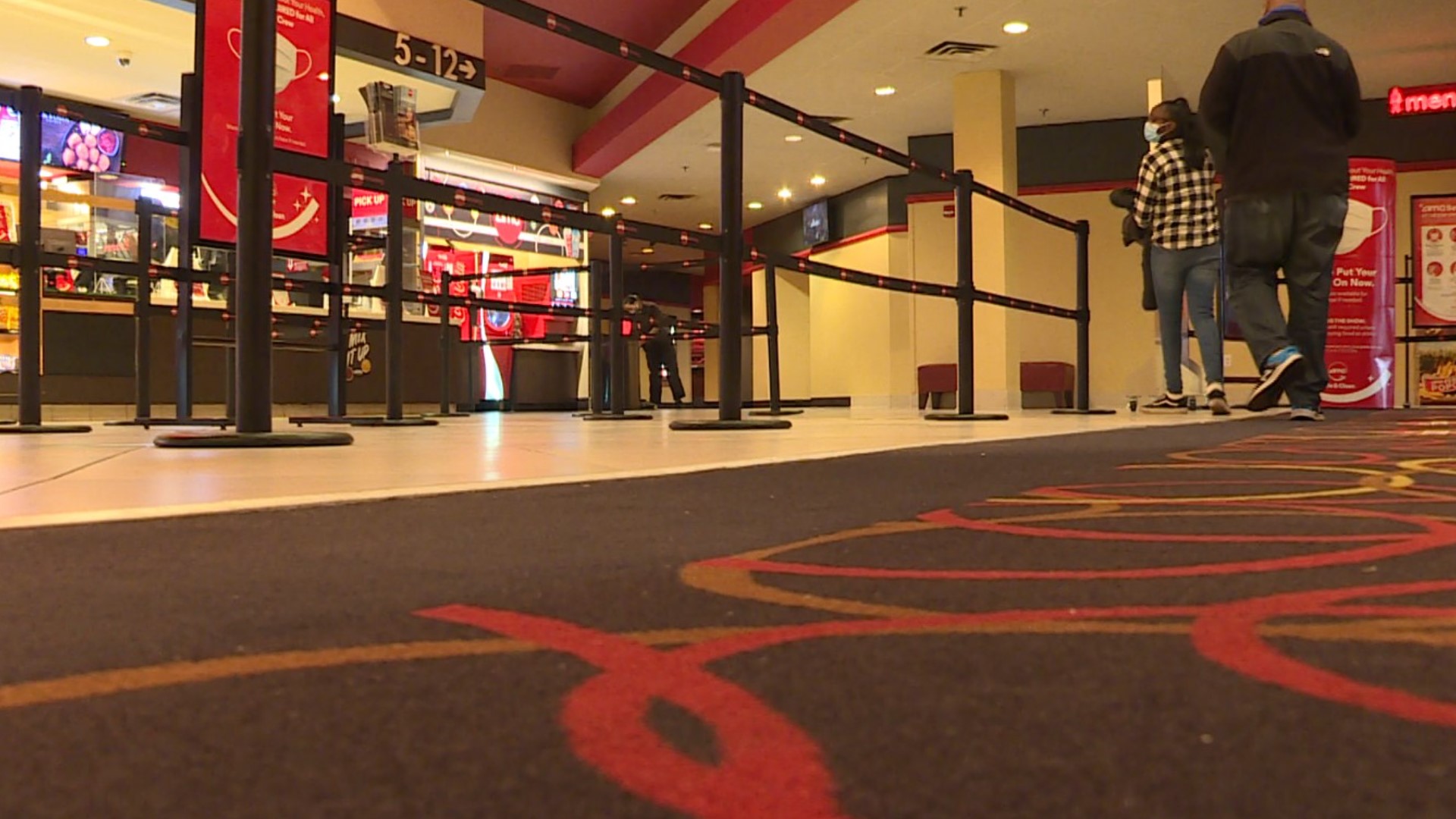 PRINCE GEORGE'S COUNTY, Md. — A year after they were forced to close their doors due to the pandemic, four AMC movie theaters in Prince George's County reopened on Friday with a number of safety measures in place.

At AMC Rivertowne 12 in Oxon Hill, crowds remained small throughout the day.

According to staff, 59 total tickets had been sold for all showings as of Friday evening while two private parties were also booked.

Zhane Bushrod bought tickets for a showing of Raya and the Last Dragon with her daughter, continuing a weekly tradition for the two of them that got put on hold for the last year.

"It was really complicated not having a go-to outlet for the kids with virtual learning and all that stuff," she said. "The reclining chairs are definitely a plus and the nice concession snacks you don’t have to make them yourself.”

The opening in Oxon Hill was part of AMC reopening 98% of its theaters a year after the pandemic spread to America.

#MOVIENIGHT:
4 @AMCTheatres in Prince George's Co. are BACK OPEN tonight, a year after they closed due to the pandemic.

As theaters closed all across the country, business records showed the nation's largest theater chain lost $4.6 billion during the pandemic.

On Friday, a number of precautions could be seen around the venues; from mandatory mask-wearing and wipes available for customers to enhanced air filtration systems being used and social distancing rules inside.

Some of the precautions even spread to the concession stands, where customers were not allowed to use cash and soda machines offered contact-free pouring.

"I feel safe because you’re not sitting up on top of each other," said Kandiss Wiggins, a mother who attended a movie with her son on Friday afternoon. "My son has missed the movie theater so it was a good opportunity to come back in.”

By March 26, the company says 99% of its theaters will be back open across the country.

Moving forward, the Friday moviegoers who spoke to WUSA9 said it was great to have theaters return.

"It means I get to socialize a little bit more and get to enjoy movies with my son," said Kandiss Wiggins. "That’s our bonding. We used to go every weekend and now this is our first time back.”

RELATED: Audiences hold back, even as more movie theaters open