Artists included a black and brown outline to the traditional LGBTQ Pride rainbow, to nod to the Black Lives Matter movement. 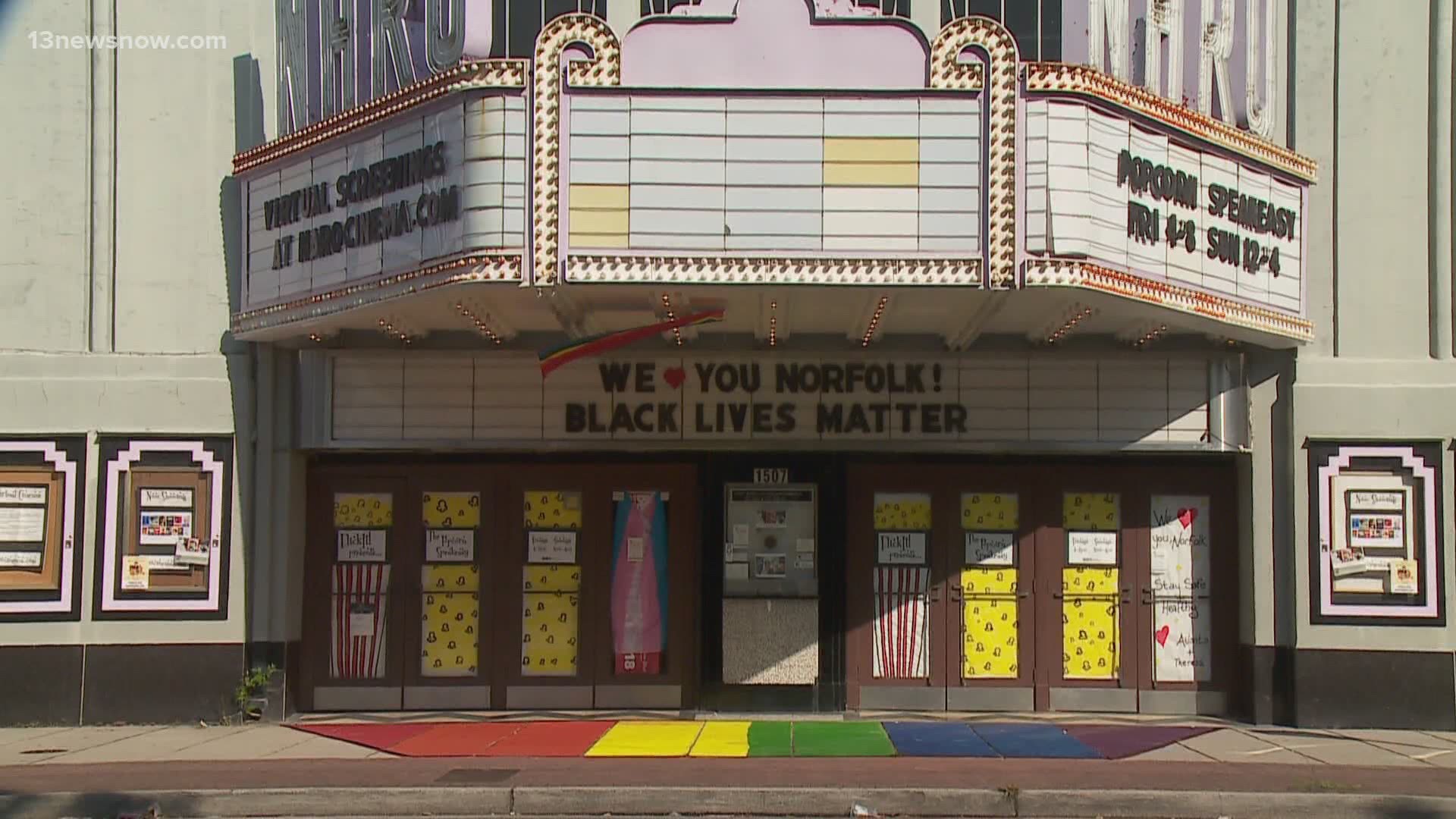 NORFOLK, Va. — An LGBTQ+ Pride rainbow now spans the sidewalk in front of the Naro Cinema on Colley Avenue in Norfolk to honor the community through June, Pride Month.

The rainbow mural is also outlined in black and brown to honor the Black Lives Matter movement.

Jacki Paolella was one of the artists that helped create the mural.

"We all came out here Sunday morning and painted the sidewalk," Paolella said. "Even some people that were wandering by stopped and helped. It didn't take long, as we finished pretty quickly with the ten of us!"

The artists said the hanging Pride flag above the Naro Cinema has been taken down several times, so this was a way to permanently lay down the colors of the flag on cement. The idea was sparked by artists Christopher Revels and Jessica Jackman.

"We're tired of the hatred coming and we want to show the community that we are here and not going anywhere," Revels said. "You can't steal this, you can't steal the love that we put on the ground."

Michael Berlucchi, Virginia Beach City Council member and past Hampton Roads Pride president, said because of the pandemic, a lot of Pride festivities and rallies were canceled. That didn't stop people from honoring the community in their own way, he said.

"The Pride community is resilient, creative, and strong - and so it's just a matter of finding new ways to continue to deliver on the mission of Hampton Roads Pride and celebrate the achievements and contributions of members of the LGBTQ+ community," Berlucchi explained.

Currently, Naro Cinema is closed to prevent the spread of COVID-19, but its painted sidewalk is open for a June visit.

RELATED: In New York, marking 50th anniversary of Pride, no matter what