The Little Theatre of Virginia Beach will present the musical comedy "Nunsense" on July 16. It will be their first show since the pandemic with a full audience. 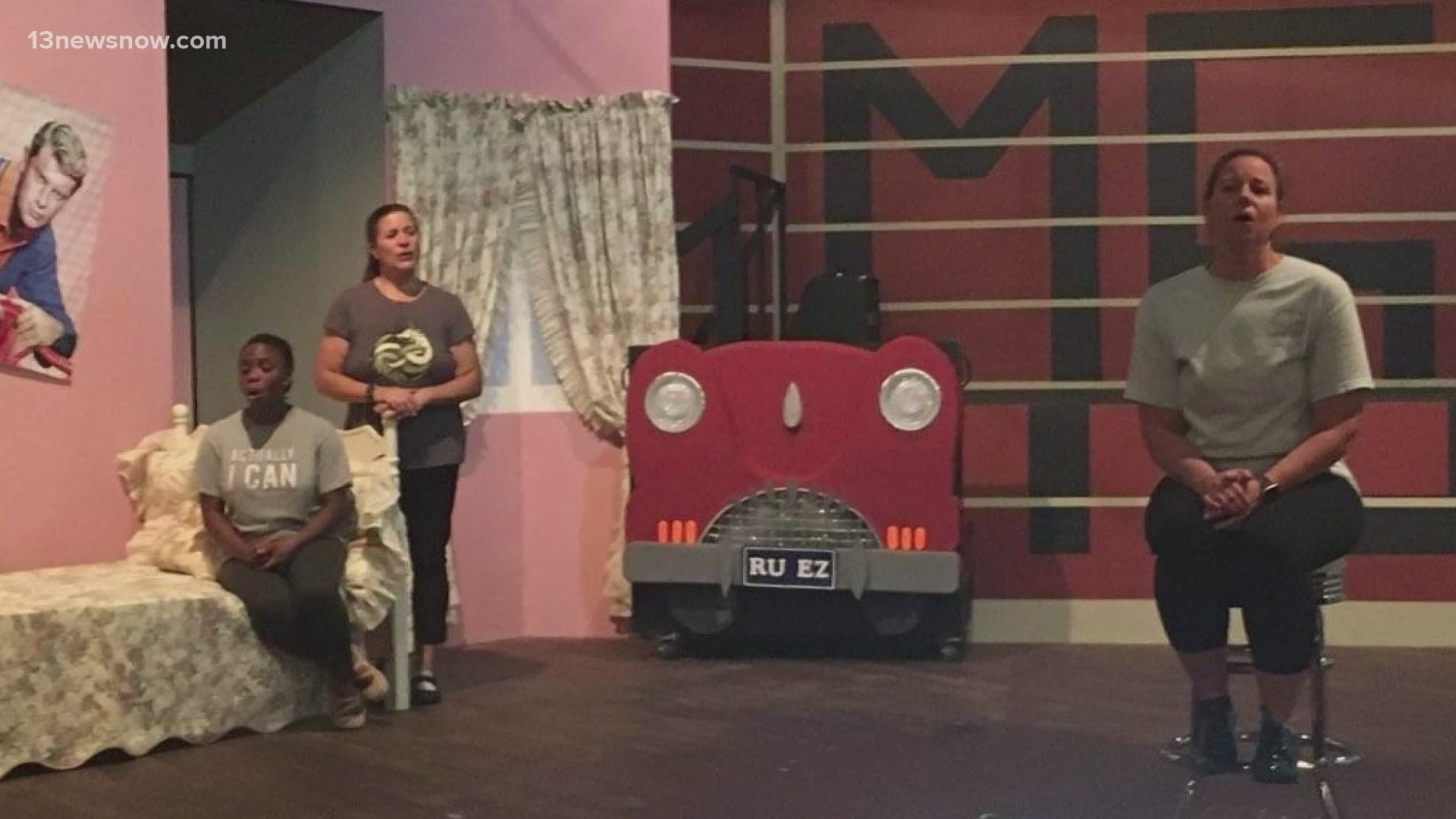 VIRGINIA BEACH, Va. — As 158 million Americans are now fully vaccinated against COVID-19, the curtain is rising again on live theatre.

It’s one of the many signs we’re returning to normal.

For months, our community theatres and theatres all over the country had to shut down or adapt to pandemic restrictions. Now, the orchestra is finding its rhythm and cast members are learning their cues once again.

She and her castmates at the Little Theater of Virginia Beach are rehearsing for their upcoming performance of the musical “Nunsense.”

The comedy follows the misadventures of five nuns as they stage a talent show to raise money to bury their sisters who died from botulism.

Ford says being away from the stage during the pandemic felt like she had the breath knocked out of her.

"If you can imagine having your head inside of a plastic bag tied really tight at the bottom, that’s what it has felt like."

Director Karen Buchheim says they reopened a few months ago, but only to a fraction of their usual audience size

Now, they’re getting back to the way theatre is meant to be enjoyed: with other people.

Rehearsals are underway for “Nunsense” at the Little Theatre of Virginia Beach. This will be their first show back at full capacity since the pandemic started. One cast member I spoke to says it’s good to be home.
Just another sign things are getting back to normal @13NewsNow pic.twitter.com/cuxlMADjk3

"You can just fully use your space and fully be amongst your other actors and your audience. It’s just a real treat," said Buchheim.

She says this show is a good way to get back on track.

"It’s good music, it’s a little dancing in there and a lot of comedy. This is the show to come and see."

Ford says it was tough being away from what she loves

"There’s the connections you make, the network, the family you make, also your means of income and means of living."

But, finally being back under the spotlight is thrilling.

"It’s a beautiful feeling just to be able to do this and bring that back for ourselves and also for the community."

"Nunsense" opens on the 16th and later this year shows like "Hello, Dolly," "The Importance of Being Ernest" and "Clue" will take the stage with a full audience as well.

Other local theatres like the Virginia Musical Theatre, the Little Theatre of Norfolk, and the Generic Theater are gearing up for shows opening a little later in the year.