Javon Crawley, an aspiring fashion stylist, has made a huge splash in the drag scene in Hampton Roads as Javon Love-Lopez. 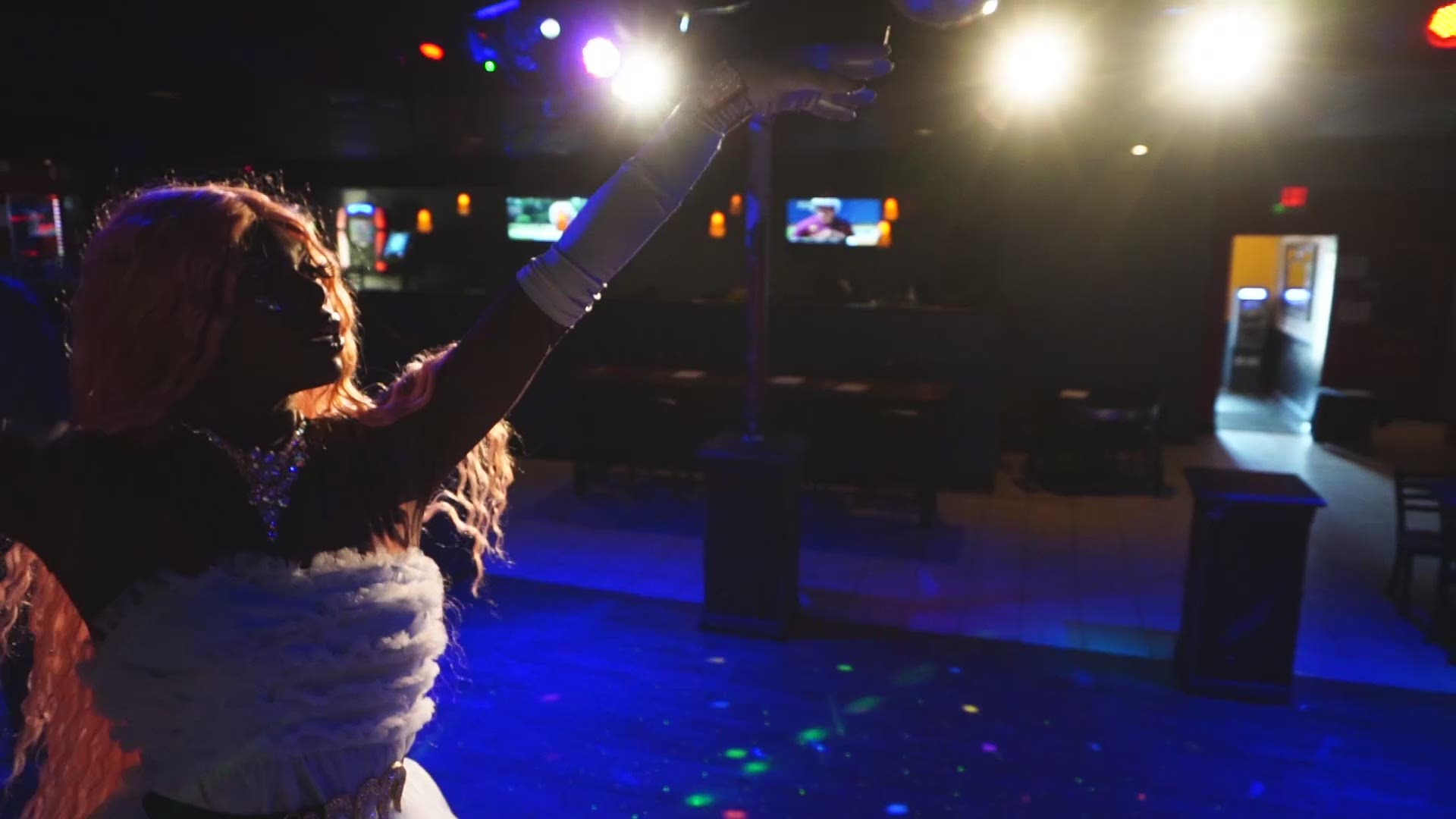 “We’re all born naked, and the rest is drag.” Famous words spoken by RuPaul, whose iconic show RuPaul’s Drag Race would become a major influence for Javon Crawley.

An aspiring visual stylist and Virginia Beach native, Javon took his affinity for fashion and his obsession with Drag Race and TRANSformed himself into his drag queen persona, Javon Love-Lopez.

“Javon Love Lopez is the fierce, death-dropping, jumping off stages, crazy personality. Javon Crawley, on the other hand, is a little bit more reserved, a little more classy, but I also still take a little bit of elements from both,” Crawley claimed.

Think of it this way: Javon Love-Lopez is to Crawley like Sasha Fierce is to Beyonce. There is a striking juxtaposition between both personalities. Crawley grew up very introverted and his interest in fashion came about after seeing a fashion show that his stepsister was cast in. After witnessing the confidence exuded from each model that walked down the runway, Javon became inspired to pursue a career path in fashion merchandising.

“And then I started researching fashion shows from other famous designers like Alexander McQueen and Thierry Mugler and I instantly wanted to be a part of that lifestyle. I really wanted to understand how you could be so confident within yourself and then I really began to come into my own style which is like a very avant-garde meets casual wear,” Javon remarked.

However, it took time for Javon to gain the confidence that he so desired. While in the 8th grade, Crawley came out to his family and close friends that he was gay and was eventually outed by someone who he thought he trusted. Devastated and despondent, Javon hit one of the lowest points in his life. Shortly after, Crawley pulled himself up from his funk and decided to fully embrace his identity. Thus, propelling him closer to his career as a drag performer.

“I went to this club called Rainbow Cactus for the first time and I remember I was with my friends and in between the drag performances, the people there would do a runway, walk back and forth to a RuPaul song. And my friends were like, ‘Javon don’t go out there, that’s for the experienced dancers and stuff you don’t want to get lost out there!’ and I was like, ‘Oh I'm going to go out there!’,” Crawley recalled. “So I went out there and killed it and I had just come out onto the scene. I think two years after that I had really started to get into drag.”

Javon began performing at various shows, one of them being the Thursday Tuck show which happens every Thursday night at 37th and Zen in Norfolk. Javon Love-Lopez has made such a splash on the drag culture here in Hampton Roads, that she has even recently performed at this year’s Hampton Roads Pride. Crawley admits that his nerves get the best of him before each set, but you would never know that because as soon as he steps on stage, Javon Lopez completely takes over.

Credit: Javon Crawley
Crawley was outed while in middle school and it took a huge toll on him

“After I get off stage I’m just like,‘Oh my gosh! Did I just do that?’ and everyone compliments me,” Crawley said. “Like it all comes back, Javon Love-Lopez comes out and then Javon Crawley is like, 'Oh my God! What did I just do? Who was that? I don’t know her!'”

Javon has intertwined his affection for the avant-garde fashion and drag culture to create a captivating wardrobe. According to Crawley, there two different types of drag -- Camp and Pageantry. Pageantry is where a queen will pursue more of a feminine, pageant queen type of aesthetic. Whereas Camp is focused more on the arts side drag, where genders may be mixed together to create a look that is very outside of the box. Crawley distinguishes himself as being a combination of the two, touting a very androgynous type of drag. One thing is certain though -- when Javon Love-Lopez takes the stage, prepare for an over the top performance that is bound to leave a lasting impression.

Crawley has come a long way in his journey to self-acceptance. Times haven’t been easy in the past, but with every obstacle that has come his way, Javon has persevered through it all with his head held high. He had some words of encouragement to share for anyone who is dealing with the struggle of coming out:

“The advice that I would give someone who is struggling to come out is to embrace your flaws, to love yourself and don’t listen to the criticisms that other people have about you,” Crawley stated. “Because you have something special in you and we all are different and no matter if that is sexuality, race, gender, we are all different in our own way and those are things we need to embrace.”

Although Crawley thrives as a drag performer, he says his number one priority is fashion. He is currently a senior at Old Dominion University majoring in fashion merchandising and is set to graduate in December. Javon says he wishes to fuse drag culture and mainstream fashion, bringing normally ostracized clothing trends to the forefront of the fashion industry.

The MUSE Project is an original, digital, mini-documentary series produced by 13News Now. It profiles artists and entertainers who live in the Hampton Roads region and are making significant strides in their careers and in the community. The series not only highlights artistic individuals but features unique arts that have become a vibrant part of Hampton Roads' urban culture.