This Gospel artist uses music to give people hope and to incite reconciliation in these uncertain times. 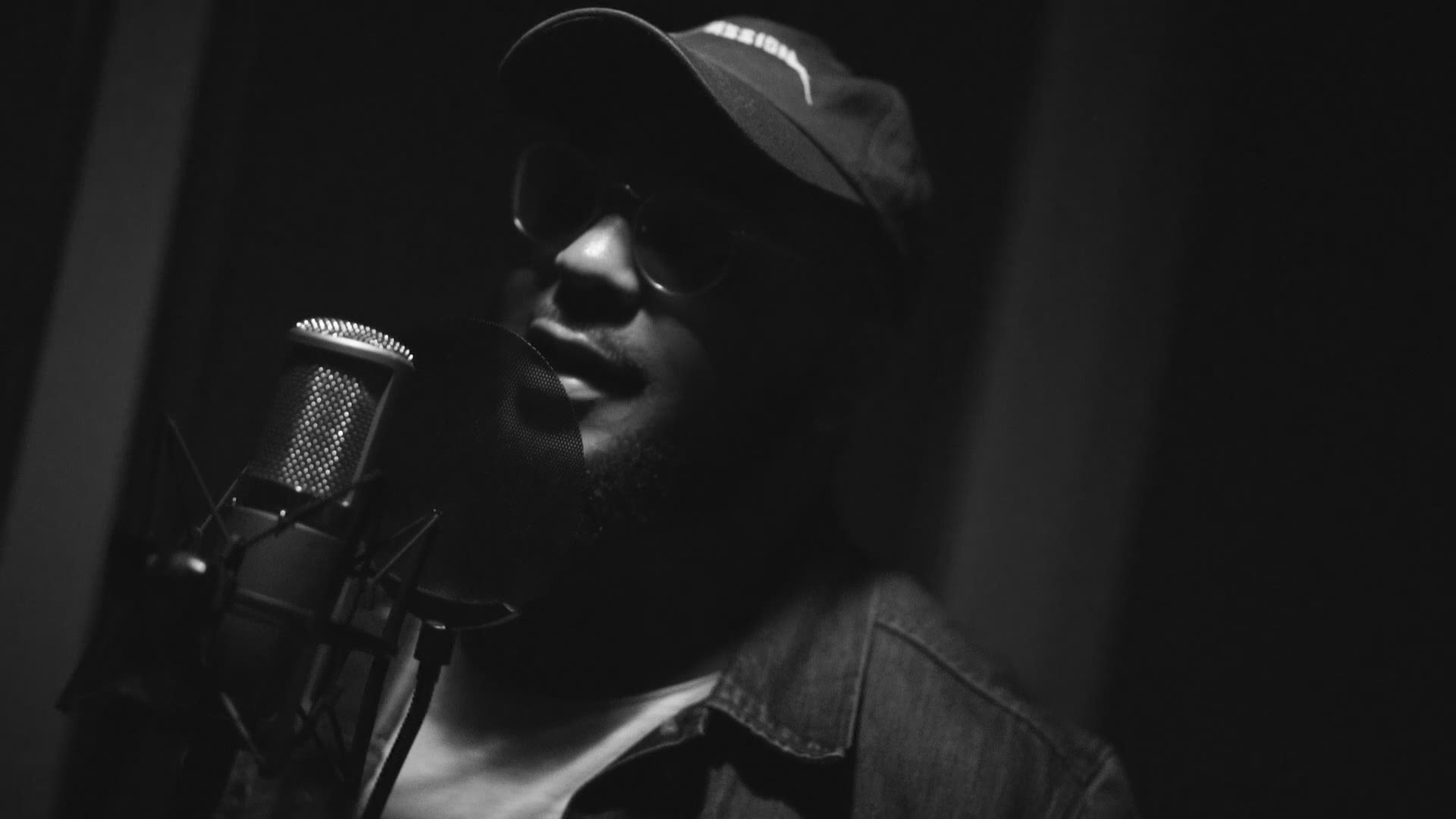 The blending of faith and hip-hop has become rather popular in mainstream culture in recent years. Nigel “Legin” Anderson, a recording artist and speaker from Norfolk, has adopted the musical genre to share his message of hope and reconciliation with the masses.

The development of Legin’s record label, Renaissance Movement, LLC., and his decision to produce gospel hip-hop, however, came about in a rather unconventional way.

“My girlfriend at the time, now my wife, she took me to a Christian hip-hop show and I was like ‘A Christian-what? That sounds dumb. I don’t wanna go to that,'” Nigel recalled. “She bought me there, and I saw these artists who were using their creativity and doing it with music and the culture that I come from and I was like, ‘You can really do this? You can really live like this?’ and that night we went to IHOP and I said let’s start something, let’s call it Renaissance Movement,” Anderson said.

Nigel fell in love with hip-hop in elementary school and eventually started making music to express his own desires and pains. One of those deep-rooted pains being the absence of his father from his life, which would become a major theme in Anderson’s music in the years to come.

“At the time I was born, my father had just recently lost both of his parents and he had turned to the bottle because of that which turned into alcoholism, which turned into light drugs, and then turned into hard drugs. Eventually, after three failed rehab attempts my mother realized that he wasn’t going to kick his habit, so she left him so that I wouldn’t be raised in that home,” Nigel stated.

Credit: Nigel Anderson
Nigel at seven months with his Dad

Nigel’s father was pretty absent after that. At 20 years years old, Legin received a letter from his father expressing his desire to see him. They ended up having dinner and actually enjoyed each other's company, but at the end of their meeting, his father asked for forgiveness, which Nigel declined.

For many months following their encounter, his father would earnestly pursue a relationship with his son only to be met with rejection time and time again. Sometime later, Nigel finally arrived at a place where he was ready to forgive his father.

“I called him one day out of the blue, and I was just like, ‘I forgive. I love you, and I just want to build a relationship. I forgive you,’ and that ended up being our last phone call. After that phone call, he passed away.”

Nigel’s life began a downward spiral after his father's death and one day he woke up and decided to dedicate his life to Christ. This coupled with the birth of the Renaissance Movement. Nigel flipped his name backward to “Legin,” his stage name, to symbolize the rebirth he’s experienced through Christ Jesus. Thus beginning Legin's music career, and with humble beginnings, he started performing at small venues first, but the resonance of his message met no bounds.

“From the beginning, I was always making music telling the story of my dad, and there were people coming up to me after shows telling me, ‘I haven’t talked to my mom in years because of what she had done. I’m gonna call her tonight and forgive her, or I was going to kill myself and now I’m not.’ And just seeing the power of the music to do that it just refined the fact that I’m not just making feel-good music, I’m changing people’s lives with this,” Nigel said.

Legin began collaborating with other gospel hip-hop artists and would receive opportunities to perform shows with some well-known national artists as well.

Anderson started fundraising to help support his endeavors which gave way to the formation of his non-profit, Expect Renaissance Inc., which seeks to impact youth and young adults through community discipleship and missional events. The most profound of their initiatives is the Safe House Project, a non-profit that came about after one revelatory mission trip to South Africa.

“In 2016, we ended up going to South Africa and we worked in this orphan care center with Kerus Global. They take care of about 130 kids every day whose parents have past away from HIV & AIDS. I asked the people from Kerus what else do they need, and they said that they really need a safe house, and I asked, ‘What is a safe house?’, and they began to explain to me in horrific detail what some of their kids go through,” he said.

He discovered that many of the children that attend the orphan care center were threatened by sex trafficking on a daily basis. Legin and his team heard the call and decided they wanted to assist in whatever way they could. They decided to release an album called Safe House, which they made to raise funds and raise awareness. 100 percent of the profits from every stream and purchase goes directly to Kerus Global.

Credit: Ryan Bengford
"Legin" is Nigel backwards and the switch symbolizes his rebirth through Christ

Although the initial release of the album did not see much in sales, Legin joined forces with Kristi Wells who came onboard to assist with fundraising efforts for the cause. The both of them decided to create the non-profit, Safe House Project Inc. with Wells as the CEO, to forever fund the work, not only in South Africa but also in the United States to combat sex trafficking.

“The blessing is right where we started to help Kerus Global get their first house up, it should be up and running the second quarter of 2019,” Legin said.“It just continued to show that the power of art for good can change everything.”

Along with all of Legin’s community service, he has just recently released an EP called Dark Room which is available for streaming on Spotify, Apple Music, Tidal, and Google Play and is currently touring the United States to promote it.