Concerts, shows are coming back to Hampton Roads and tickets are on sale now!

Tickets are now available for events at big venues like the Norfolk Scope and Hampton Coliseum. 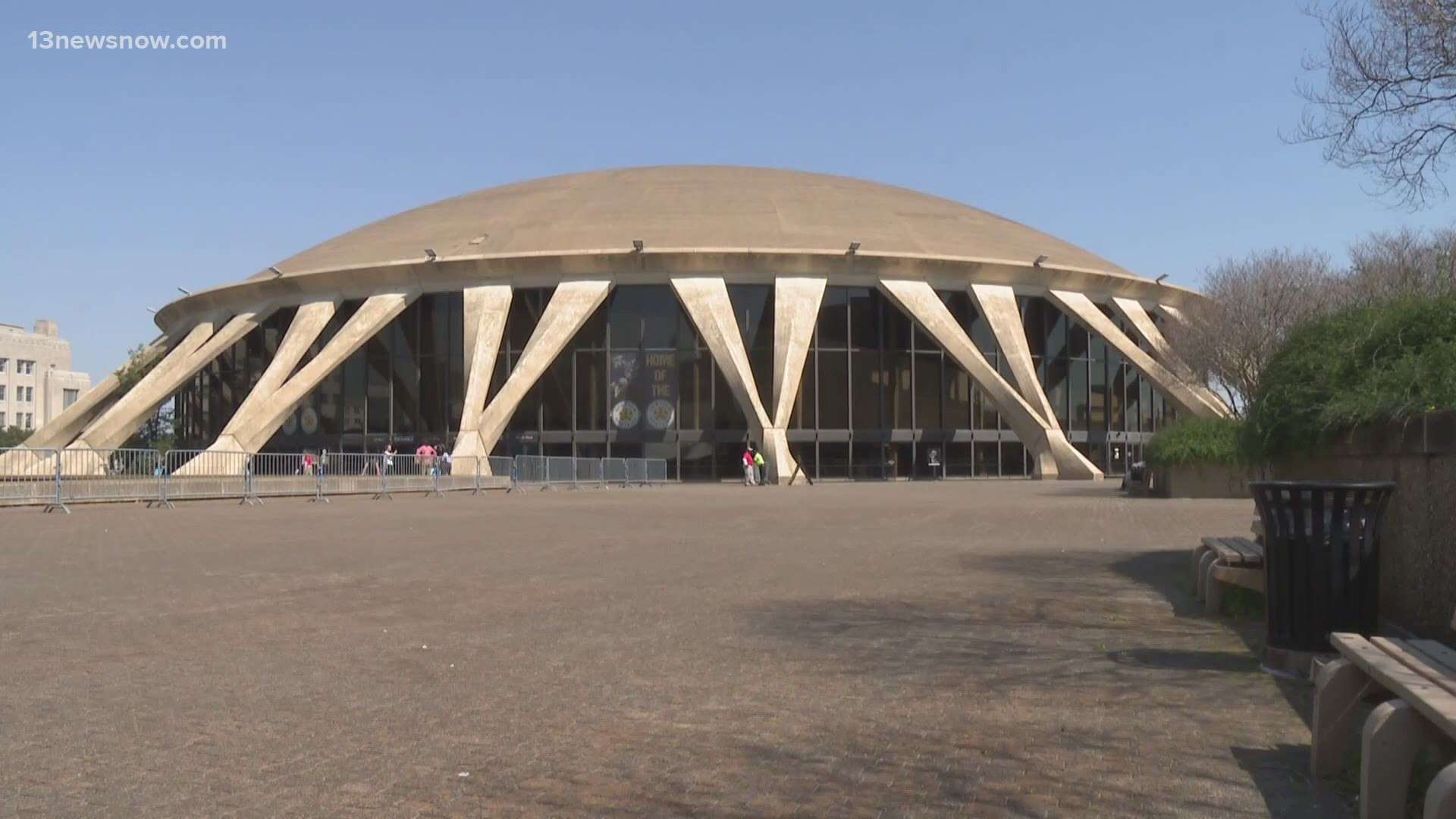 NORFOLK, Va. — Concert and show venues have sat mostly empty for over a year now, but as restrictions lift, artists are finally making plans to come to Hampton Roads!

Tickets are on sale now for events at big venues like the Norfolk Scope and Hampton Coliseum.

Capacity restrictions in Virginia will end on May 28 and that’s big news for Norfolk’s SevenVenues. Right now, for example, seating at Chrysler Hall is limited.

“We are a little north of 700 right now socially distanced,” said SevenVenues Assistant Director Rob Henson. “But the total capacity at 100 percent of Chrysler hall is almost 2,500.”

Henson said the schedule really starts to heat up this fall. They’ve booked several comedians, monster truck shows, symphony acts, and of course, the Norfolk Tides and the Admirals have full seasons ahead.

The Hampton Coliseum is seeing a lot of demand too.

“Tickets are on sale for the Eric Church concert, which will be in February of 2022,” said Hampton Arts Artistic Director Richard Parison. “Space Camp the EDM show in December, already sold out, two shows.”

Parison said their first concert after reopening is outside.

Stage lights at The American Theatre have also been off for too long.

“In March 2020 we had a Tango Latin show,” Parison said. “That was the last time we had artists in the building.”

Parison said the theatre’s upcoming shows take time to plan, he expects to announce the lineup this fall.

“We will be able to restore probably at least 80 percent of the acts we had to cancel in our last season,” Parison said.

Both directors said they will follow each city’s reopening guidelines.

And will adjust as needed to keep audiences and artists safe.

"What that looks like tomorrow, may be different from what it looks like in August and the fall,” Parison said.

But, one thing is for sure: the show must and will go on.

“One thing I can tell you about reopening, we are going to be holding our arms wide open for our guests,” Parison said.

SevenVenues staff tell us their contractors for workers like ticket takers, ushers, security and food and beverage staff are struggling to hire for the upcoming shows.