Fort Monroe in Hampton sits where the first enslaved Africans arrived in English North America in 1619. 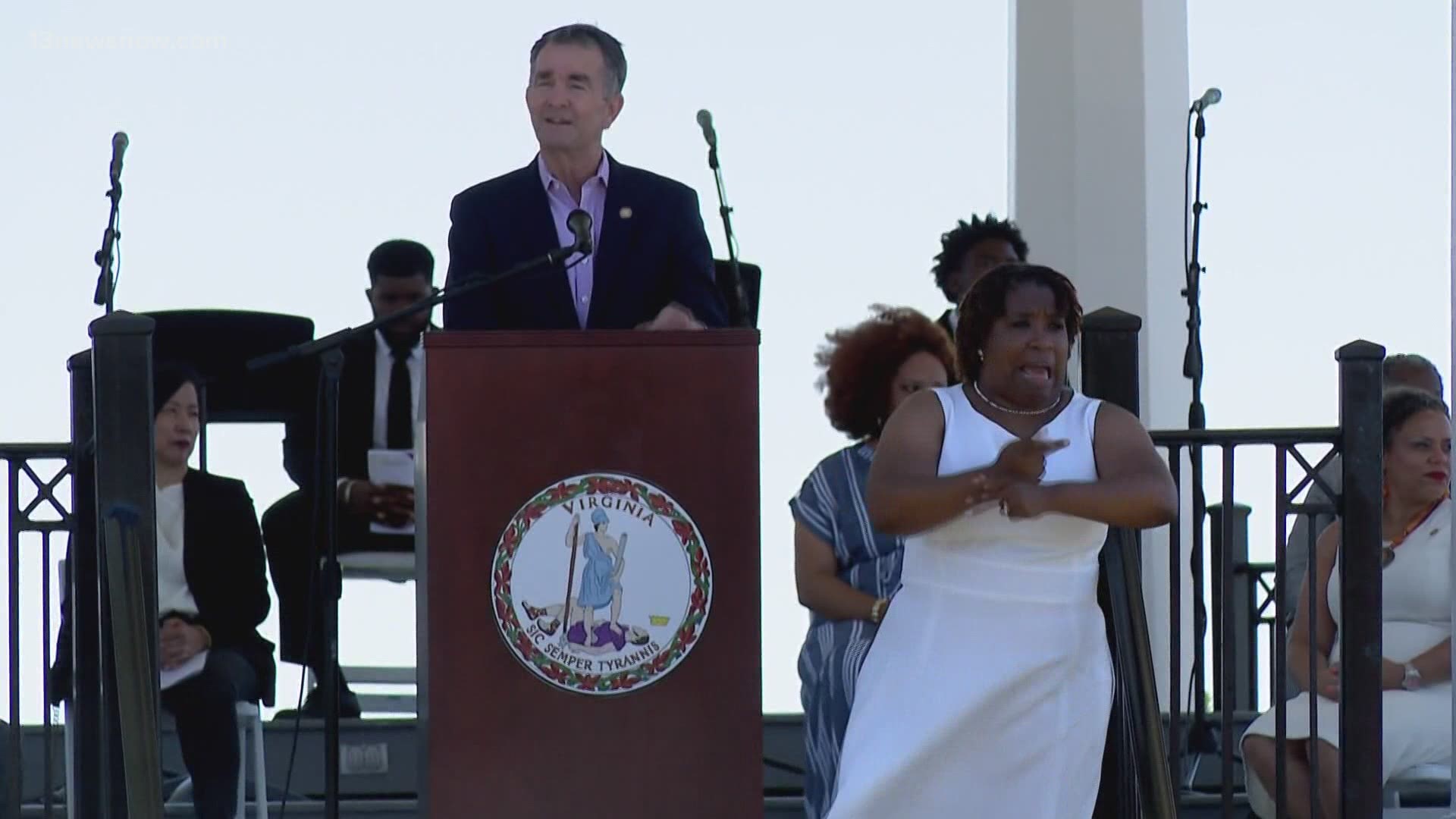 HAMPTON, Va. — Four hundred years after the first enslaved Africans arrived in North America at the site of modern-day Fort Monroe, Virginia Gov. Ralph Northam welcomed in a much different milestone for the state and country.

“We’ve struggled to live up to our own ideas of freedom and justice for all," Northam said at a Juneteenth celebration Friday.

Just a day before, President Joe Biden signed into law making Juneteenth a federal holiday. The Senate passed the bill unanimously on Tuesday, and the House voted 415-14 on Wednesday to send the bill to Biden.

On Saturday, people across the country will take part in Juneteenth celebrations. June 19, 1865 was the date that word of the Emancipation Proclamation finally reached enslaved people in Texas, letting them know the were free.

It was two and a half years after President Abraham Lincoln actually signed the Emancipation Proclamation.

Virginia lawmakers had previously passed legislation that made the day a state-recognized holiday, but Biden's signed legislation makes it the latest paid nationally observed holiday.

The events aren't just happening on Saturday here in Virginia, but all weekend long, and Gov. Ralph Northam is getting involved.

On Friday, the Virginia governor spoke at Continental Park at Fort Monroe to celebrate Juneteenth.

“We love to celebrate freedom. The fourth of July is a wonderful holiday. But the end of slavery and beginning of freedom deserves to be honored not just by black Americans, but every one of us," Northam said.

“It mattered then because it marked the end of slavery in this country, and it matters now because it says to Black communities, this is not just your history—this is everyone’s shared history, and we will celebrate it together. This is a step toward the Commonwealth we want to be as we go forward," Northam said in a news release.

At Friday's celebration, Northam also announced a new initiative to distribute books focused on the state's history of slavery to schools in the commonwealth.