If you're not sure if an event is postponed or canceled, check their website or contact them to find out the latest information. 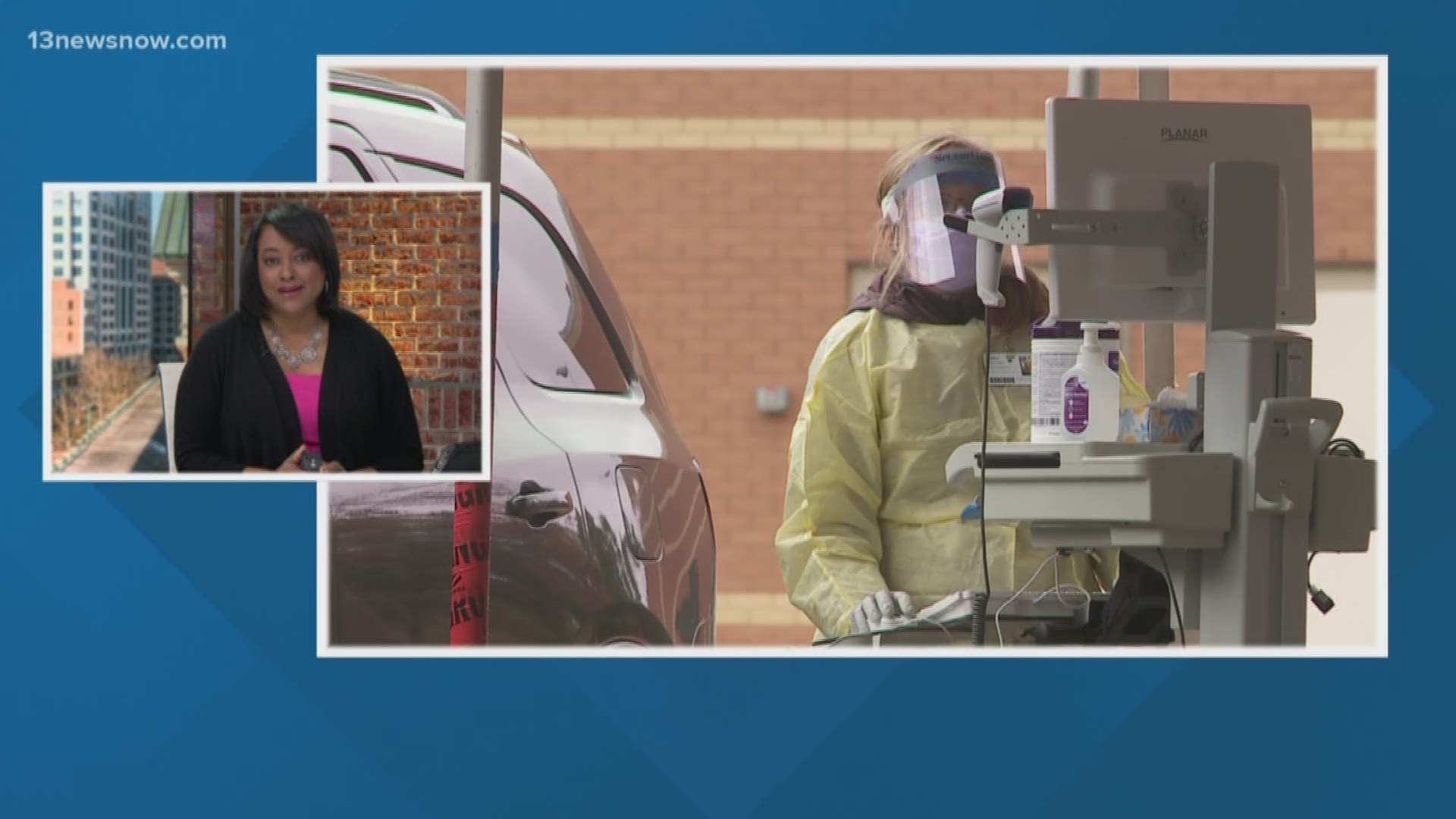 NORFOLK, Va. — With the COVID-19 coronavirus continuing to spread, several organizers are making the decision to cancel or postpone upcoming events.

If you're not sure if an event is postponed or canceled, check their website or contact them to find out the latest information.

Here is an ongoing list of several events that are making changes:

Virginia Beach Animal Care and Adoption Center: While the adoption center is still open for business, a release from the city Thursday asked potential adopters to choose or reclaim pets by appointment. The city says guests should expect to wait in their car until officials can ensure appropriate social distancing space in the lobby.

Waterside District: Closed until further notice.  Further updates will be posted on their online FAQs page.

Gloucester Daffodil Festival: Following Gov. Ralph Northam's order to ban all events expecting more than 100 people, Gloucester County decided to cancel this year's Daffodil Festival, which was scheduled for April 4-5. Officials say they will pick back up with next year's festival, planned for March 27-28, 2021.

Taste of the Beach: While group events for this year's Taste of the Beach had already been canceled, organizers now announced events hosted by individual members will also be canceled for March 26-29.

Jurassic World Live Tour: Scheduled for April 16-19 at Hampton Coliseum has been canceled. Refunds will take place at point of purchase with the original method of payment. People who bought tickets online will be refunded automatically by Ticketmaster without them needing to do anything extra.

If you purchased tickets in person at the Hampton Coliseum Box Office, you'll need to take your tickets to the box office with your original method of payment.

Sesame Street Live! Make Your Magic: Performances scheduled for April 10-11 at Chartway Arena in Norfolk have been canceled.

Virginia Museum of Contemporary Art: The museum will be closed to the public starting March 14. They hope to reopen by Wednesday, April 1. The closure will affect museum activities like exhibitions, tours, public programming, studio school classes and private events.

Chrysler Museum of Art: The museum will be closed to the public starting March 14. There is a tentative reopening date of March 29. The closure also includes the Perry Glass Studio and the cancellation of all public programs, tours, classes and events. The offices will remain open and staffed.

Jamestown-Yorktown Foundation: The state agency that operates Jamestown Settlement and the American Revolution Museum at Yorktown museums, will temporarily close the museums to the public beginning Saturday, March 14, through Sunday, March 29.

Virginia Living Museum: The VLM will be closed through March 31. More information is on its website.

City of Hampton: The city announced a number of activities and events have been canceled or postponed because of the coronavirus including the Millenium Tour at the Hampton Coliseum and the St. Patrick's Day celebration downtown. Full details are available on the City of Hampton's website.

Virginia Opera: Harrison Opera House was scheduled to host Aida on March 20, March 22 and March 23. The opera is postponing their Aida performances until further notice.

Something in the Water: The music festival announced that it would be postponed from April 2020 to April 2021.  All tickets bought for 2020 will be honored at next year's festival or customers can receive a refund.

RELATED: Something in the Water postponed to 2021

Busch Gardens Williamsburg: Busch Gardens is delaying the opening of its park, originally planned for this weekend. Instead, the park will remain closed through the end of March. No new opening date has so far been announced.

The NorVa: The concert venue posted on its website that it would be closed. The NorVa hopped to reschedule events, but it didn't know when the new dates would be.

Virginia High School League: The VHSL Crisis Management Committee met and decided to delay the start of the spring sports season by two weeks. The first date of play (as of now) will be March 30.

O'Connor Brewing Company: The brewing company's 10th anniversary and St. Patrick's Day party, originally set for March 14, has been rescheduled. The company has not announced the new date yet.

The City of Norfolk: All city facilities will close to the public beginning on March 16 and lasting until March 30. All city-managed events are also canceled during this time.

Chrysler Museum: Public programming and events at the Chrysler Museum and Glass Studio are canceled Saturday, March 14 through Tuesday, March 31. They intend to reschedule as many programs as possible. The museum's galleries will remain open.

Williamsburg Area Council of Garden Clubs: The association will be postponing their Arbor Day Award Ceremony that was scheduled for Friday morning at 11 a.m. It has not announced when it will be holding the ceremony.

The City of Suffolk: Several special event cancellations and postponements have been announced. The city posted full information on its Facebook page:

Norfolk St. Patrick's Day Parade: the City of Norfolk has decided to pull the permit for the 53rd Annual St. Patrick’s Day Parade for Saturday, March 14.

Yuengling Shamrock Marathon Weekend for March 20-22 in Virginia Beach has been canceled.

The Harlem Globetrotters scheduled events on Saturday, March 14 at the Chartway Arena has been postponed. A rescheduled date will be announced in the future. Guests are asked to retain their tickets to be used for the rescheduled date.