After one year hiatus due to COVID-19, the Norfolk NATO Festival returns on June 5

The event is the longest-running festival in Hampton Roads, dating back to 1953 and its earlier incarnation as the Azalea Festival. 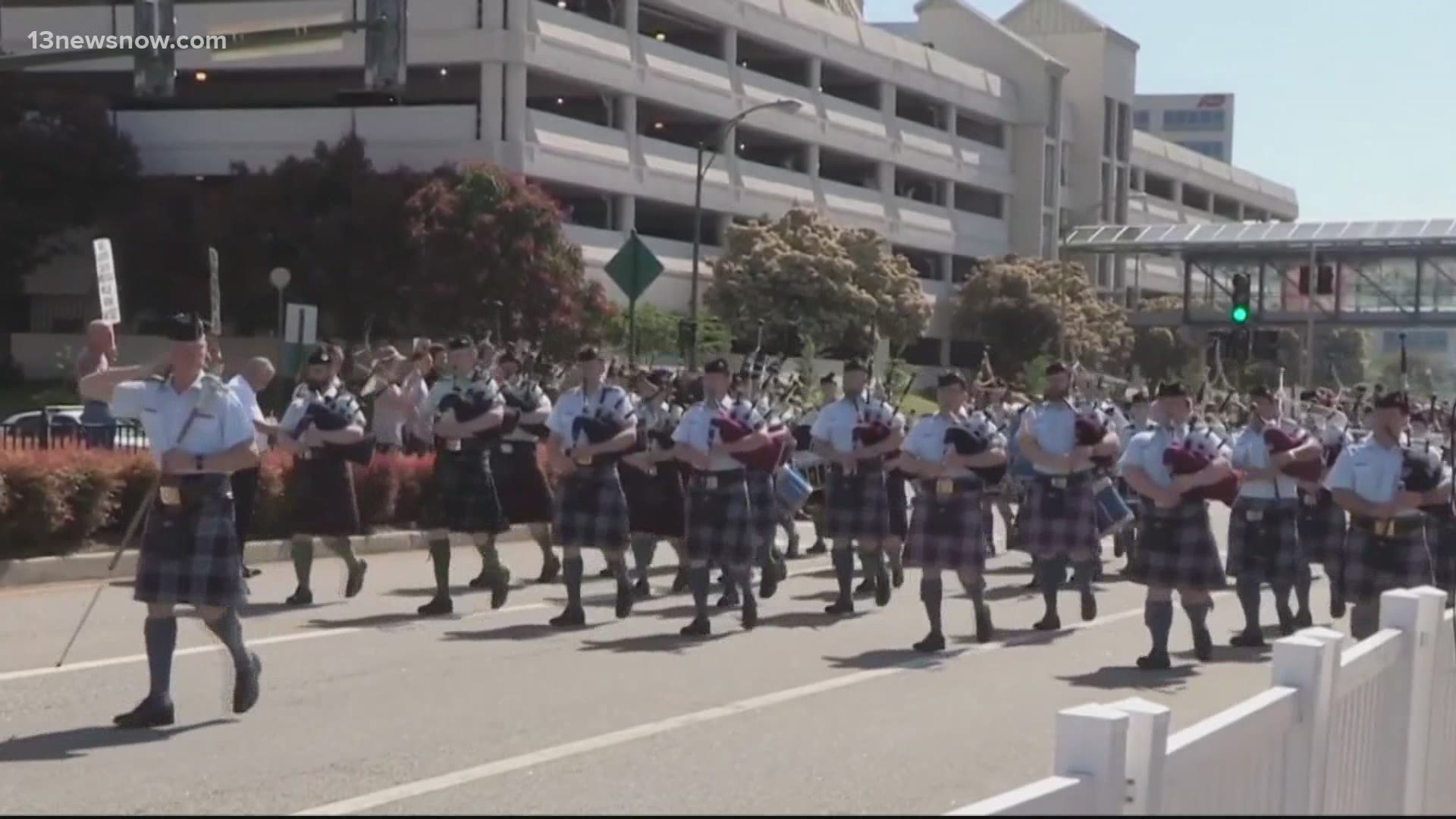 NORFOLK, Va. — As more and more people get vaccinated, we are beginning to see signs of things starting to return to normal. The latest example: the Norfolk NATO Festival.

The beloved tradition was canceled last year because of the coronavirus pandemic.

For over 65 years, Norfolk has organized a salute to the North Atlantic Treaty Organization's role in maintaining peace and stability in the world. It dates back to 1953 and the old Azalea Festival days, and more recently, it's been a celebration known as the Norfolk NATO Festival.

But the COVID-19 pandemic caused a one-year hiatus.

"It wasn't a hard decision to know what was right," said Jackson. "But it was hard to accept that you were going to have to do it. We knew the right thing was to keep everybody safe and that was paramount, but it was difficult to see all the work that so many people do have to be put on the shelf for a year."

But now on Saturday, June 5, the longest continuously running festival in the Hampton Roads region and the only one of its kind in the United States -- which honors the NATO Alliance and its 30-member nations -- will return.

It will include performances, international art, cuisine, and craft beers.

"It's important that we're remembering back during the Cold War, the fact that NATO established its only North American headquarters here in Norfolk was a huge deal," said Jackson. "But, it's very important as a community that we recognize our NATO friends and allies and we recognize this incredible command here, stationed in Hampton Roads, in Norfolk."

This year's theme is "Stronger Together."

Admission is free but timed entries and online pre-registration is required. More information can be found at vafest.org.