FRIDAY FLAVOR: Cider for the holidays

Madison Kimbro and Rachael Peart went to Back Bay's Farmhouse Brewing Co. in Virginia Beach to get a taste of their locally brewed cider. 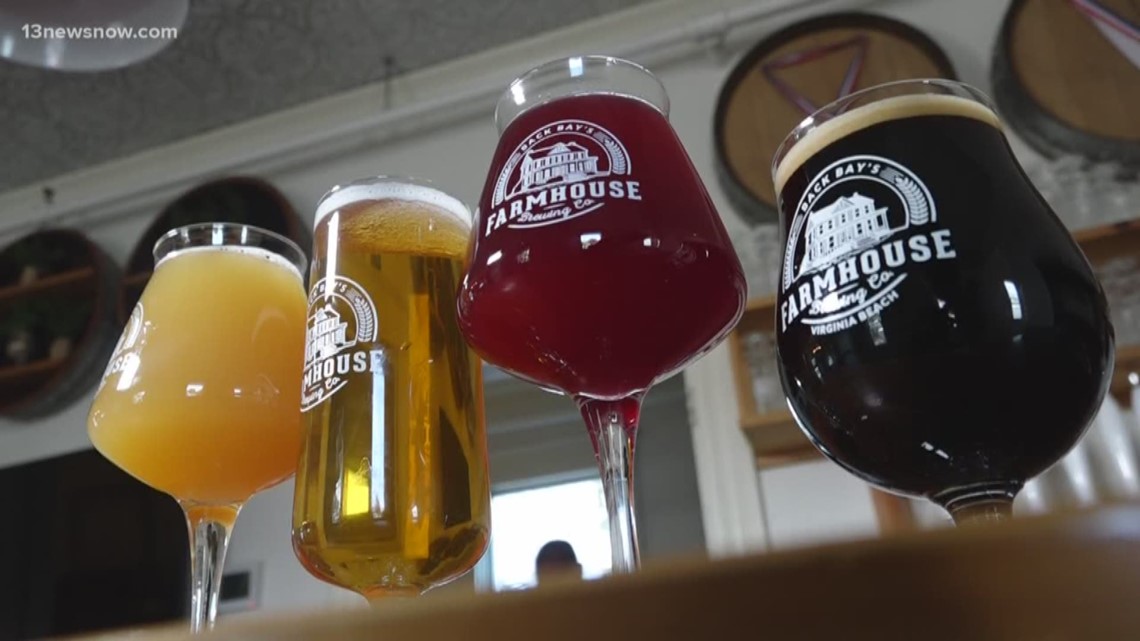 VIRGINIA BEACH, Va. — When you think of the holiday season, Cider comes to mind.

At Back Bay's Farmhouse Brewing Co. in Virginia Beach, cider comes in all different types and flavors.

"It's the first true destination brewery. We have 8.6 acres here. An organic farm. A production facility. This house was built in 1912. It's really unlike any other brewery in Hampton Roads," said Co-Owner, Josh Canada.

Rachael and I visited the farmhouse to see what it had to offer. While the brewery serves a medley of brews, we tasted their raw apple cider before fermentation took place.

They use apples grown in Nelson County, Virginia near Charlottesville. They come pre-pressed and delivered in large totes.

"We saw cider as a great opportunity to invite more people to our place. Not everybody likes beer so cider is a great thing. Gluten-free. We added cider and wine to have more people to come on out and enjoy the space. Not just beer drinkers," said Canada.

Their Appleblossom, Harvest and Blackberry cider are their top sellers and a lot of the fruits they use are grown on-site in their garden.

"We wanted to have it a farm kind of themed brewery, so we wanted to get inspiration from the farm, so we wounded up hooking up with a guy named farmer John. We rotate crops, we have strawberry's, we have hops," said Canada.

The at-home family vibe of tasting some great cider inside of a real-life farmhouse makes the experience well worth it.

"I think the site itself, lends some uniqueness to a brewery with the cookie-cutter layout of the old farmhouse. You kind of feel like you are in the country while sitting in old Virginia Beach," said Tasting Room Manager, Matt Bittner.

In the new year, Rachael will dive into the "Science Behind" the process of how Cider is made.