Hong Kong's chief executive says 52 new cases of coronavirus were reported Monday in the region. Then the park announced it was shutting its gates. 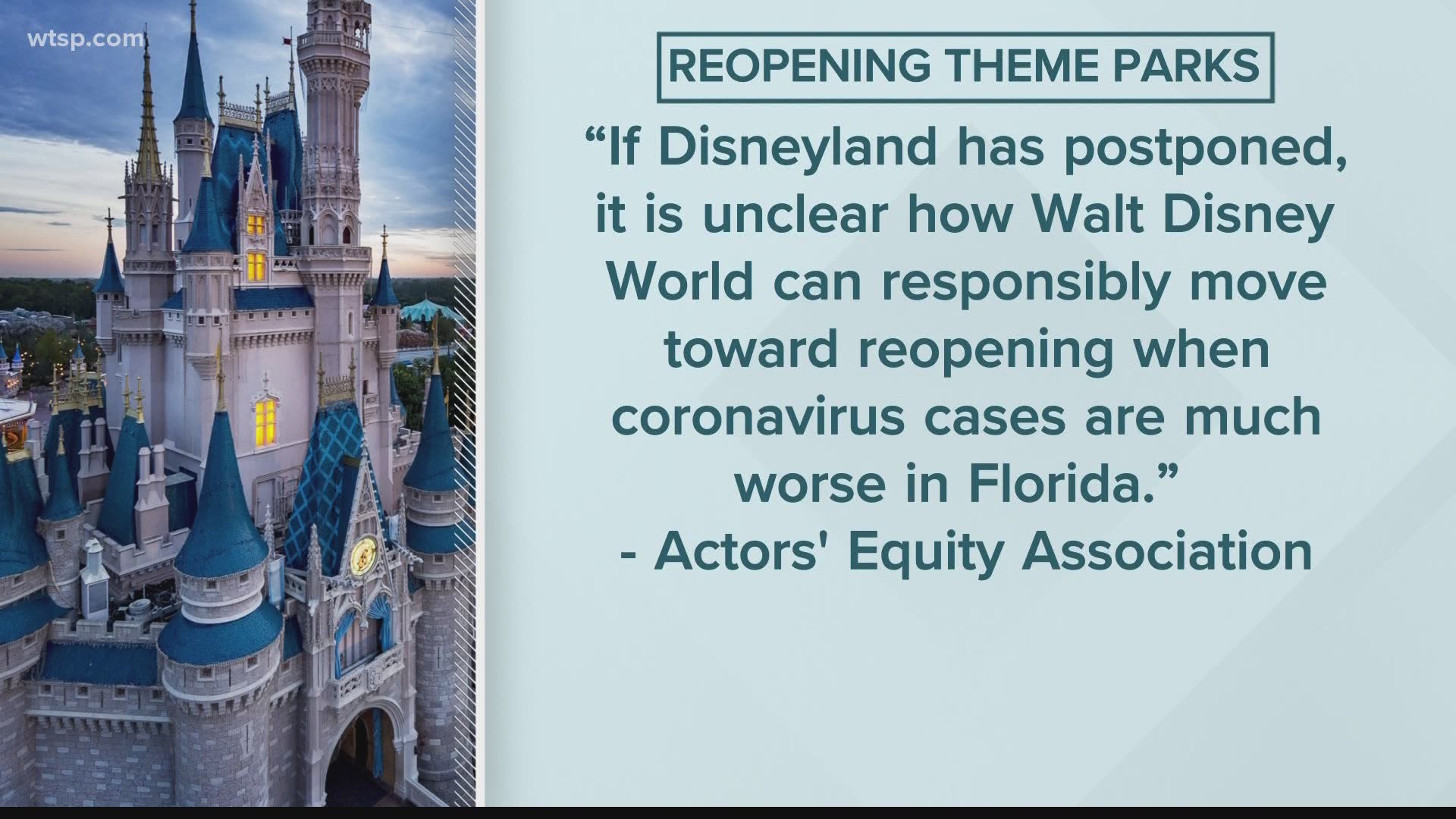 After being open less than a month, Hong Kong Disneyland is shutting its gates again after a recent jump in new COVID-19 cases in the area.

The theme park will temporarily close starting July 15. A spokesperson for Disney said the Hong Kong Disneyland hotels will stay open but with "adjusted levels of service."

A Disney spokesperson sent the following statement to 10 Tampa Bay:

"As required by the government and health authorities in line with prevention efforts taking place across Hong Kong, Hong Kong Disneyland park will temporarily close from July 15. The Hong Kong Disneyland Resort hotels will remain open with adjusted levels of services. They have put in place enhanced health and safety measures that reflect the guidance of health and government authorities, such as social distancing measures and increased cleaning and sanitization."

Hong Kong Disneyland closed in January because of the coronavirus and reopened on June 18.

The Hong Kong Free Press shared a news conference of Hong Kong Chief Executive Carrie Lam, who said the area has 1,522 confirmed cases and a record high of 52 new cases in a day.

Because of the jump in cases for the region, Lam said health and safety measures need to be tightened further.

"No need to panic...(but) we need the whole city to stand together to fight the virus," Lam said through a translator during the news conference.

Lam also announced that face masks would be mandatory on public transportation, and new restaurant restrictions would be enacted to combat the spread of the virus, according to the Hong Kong Free Press.

The news of the park's closure comes as Walt Disney World in Florida reopened two of its parks over the weekend. Florida has also recorded recent spikes in new coronavirus cases and positivity rates that have been as high as triple what the World Health Organization recommends for reopening.

Magic Kingdom and Animal Kingdom reopened on Saturday, the same day the state received 15,300 positive COVID-19 test results. The report for July 11, which came out on Sunday, showed that number is now the highest ever recorded in a single day in Florida and in any other state.

Monday's report for Florida showed the state received more than 12,000 positive results from labs after more than 112,000 tests were turned in. A slight drop in the positivity rate was also reported.