Richie Merritt was cast as Rick Wershe, Jr. after being discovered in his high school principal's office. 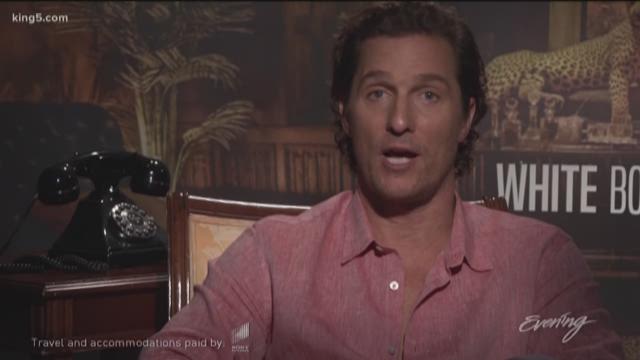 White Boy Rick is a gritty, desperate story about a family whose struggles to escape poverty lead to illegal and dangerous choices.

Based on a true story in 1980’s Detroit, it details the life of teenager Rick Wershe Jr.

After working with police to bust drug dealers, he started selling - and was ultimately caught and sentenced to life in prison at age 17.

His father is played by Academy Award winner Matthew McConaughey. But the role of Rick went to Richie Merritt, a 15-year-old with zero acting experience.

"That's part of the purity of his performance and why (the director) went and ended up going with him, who is an absolute unknown who he found in the principal's office in a Baltimore high school,” McConaughey said.

Merritt was recruited after a nation-wide search for a teenager whose own life shared commonalities with the character.

He’d never heard of Rick Wershe Jr. and was only vaguely familiar with McConaughey.

McConaughey said his role as Richard Wershe, Sr. isn’t biographical, but the interpretation of a character who is both hopeful and hapless.

"I know some of these dads and there's a whole lot more that I don't know, but they're very real people in similar predicaments,” he said. "He has all the dreams and want-to in the world but really can't toe the line, he’s really is not a guy who gets the job done."

The film opens the door for dialogue about poverty, criminality and justice. But the story of Rick Wershe, Jr. is far from over.

Even as the movie about his life opens in theaters, he remains behind bars - 30 years after his conviction.

Travel and accommodation provided by Sony Pictures. Evening celebrates the Northwest. Watch it weeknights at 7:30 on KING-TV Ch. 5 or streaming live on KING5.com. Connect with Evening via Facebook, Twitter, Instagram or Email.