'May the 4th' be with you: Ways to celebrate Star Wars Day

Star Wars has been a beloved movie franchise for decades. Here are some new ways to experience George Lucas' expansive universe for Star Wars Day 2020. 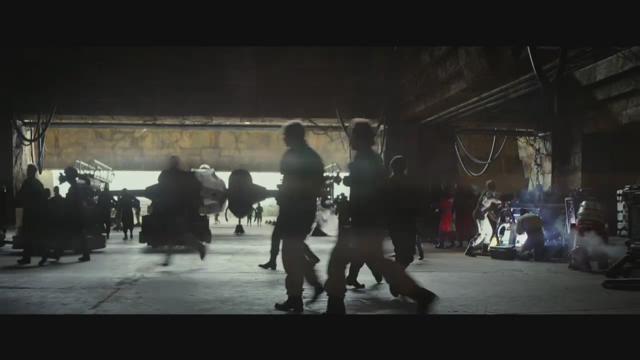 NORFOLK, Va. — "May the 4th be with you" on this beautiful Star Wars Day!

We've all seen the original classics: "A New Hope," "The Empire Strikes Back" and "Return of the Jedi."

Those quintessential films sparked the recording of eight other movies so far, and several popular TV shows. They also inspired countless novels and a plethora of video games.

Here are some ways to celebrate your favorite space wizards on May 4 this year, from the comfort of your socially-distant couch.

This past December brought the long-anticipated finale of the Skywalker's saga with "Episode IX: The Rise of Skywalker." Today, that newest film drops on Disney's streaming service, Disney+.

You can watch all nine of the main Skywalker movies, plus "Rogue One" and "Solo: A Star Wars Story," on Disney+. It'll only take you about 25 hours!

If you're a Star Wars fan, and you haven't taken a look at Jon Favreau and Dave Filoni's "The Mandalorian," now is the time. The binge-able new series is set about five years after Return of the Jedi, and follows the adventures of a lone-ranger-type Mandalorian bounty hunter. The show is a Disney+ exclusive, and absolutely worth a free trial.

The newest season of George Lucas and Dave Filoni's "Star Wars: The Clone Wars" is a lesser publicized, but equally welcomed 2020 addition to the franchise. Originally made for Star Wars' younger audience, the 2008 animated show follows Anakin Skywalker and Obi-Wan Kenobi's adventures, and develops key "prequel" plot points that bring deeper meaning to events in the live-action movies.

Fans have requested a final season of the "The Clone Wars" for years, and were delighted when Disney's streaming service took up the charge. Today, the finale of the long-awaited season seven drops (on Disney+).

Propelling off the popularity of that show, Dave Filoni and Simon Kinberg went on in 2014 to film another animated Star Wars TV show, this one called "Star Wars Rebels." The four-season masterpiece, set 14 years after "Revenge of the Sith," scored a 100% rating on the popular movie ranking website Rotten Tomatoes. (It features some original characters from "Star Wars: The Clone Wars," though, so watch that first.)

There are a ton of Star Wars books on shelves in 2020, but after Disney bought Lucasfilm in 2012, a lot of previously-loved novels were dubbed "legends" and their story lines were erased from the official canon to make way for the sequel trilogy.

This sparked a wave of books in the "new canon." Some of the celebrated new arrivals, like "Star Wars: Dark Disciple" and "Star Wars: Thrawn" feature popular villains first introduced in "Star Wars: The Clone Wars." Others, like "Star Wars: Leia, Princess of Alderaan" flesh out the stories of fan-favorite characters, in a time before we knew them.

One of the most popular new books is called "Star Wars: Bloodline" by Claudia Gray. Merging the old films with the new, this book walks fans through the political progression of the Star Wars universe between "Return of the Jedi" and "The Force Awakens," featuring Princess Leia and her family. Download it as an e-book or audio book, even if you can't get your hands on a paper copy for Star Wars Day.

And while you can't read this today, be on the lookout! A new book called "Star Wars: Light of the Jedi" is set to publish later this year. It supposedly sparks a new arc of storytelling for the franchise that centers on Jedi adventures set before the prequels, when the Galactic Republic reigned supreme.

Had enough of watching and reading about the Star Wars universe? Fear not! There are plenty of video games, even made for the newest systems, that can help you feel like you're a character in the world, yourself.

"Star Wars Jedi: Fallen Order" is one of the most popular Star Wars games made for the Xbox One. It follows the story of a Jedi padawan who escaped the infamous Order 66, and is now on the run from the Palpatine-headed Galactic Empire.

A 2017 video game that held on to its popularity enough to release a 2019 Celebration Edition, is "Star Wars Battlefront II." This shooter game was made for PlayStation 4 and Xbox One among other devices, and is mostly set between "Return of the Jedi" and "The Force Awakens." Players are treated to maps and avatars from a wide span of the films, but the single-player mode follows an Imperial agent starting at the destruction of the second Death Star.

If movies, TV shows, books and video games don't do the trick, there are plenty of Star Wars themed crafts and recipes to pursue on Pinterest.

However you choose to celebrate Star Wars Day, know the 13News Now team is participating alongside you, and has one wish: "May the 4th" be with you!

RELATED: 'Star Wars: The Rise of Skywalker' coming to Disney Plus on May 4