Navy sailors might see the Top Gun sequel before everyone else if negotiations go well. 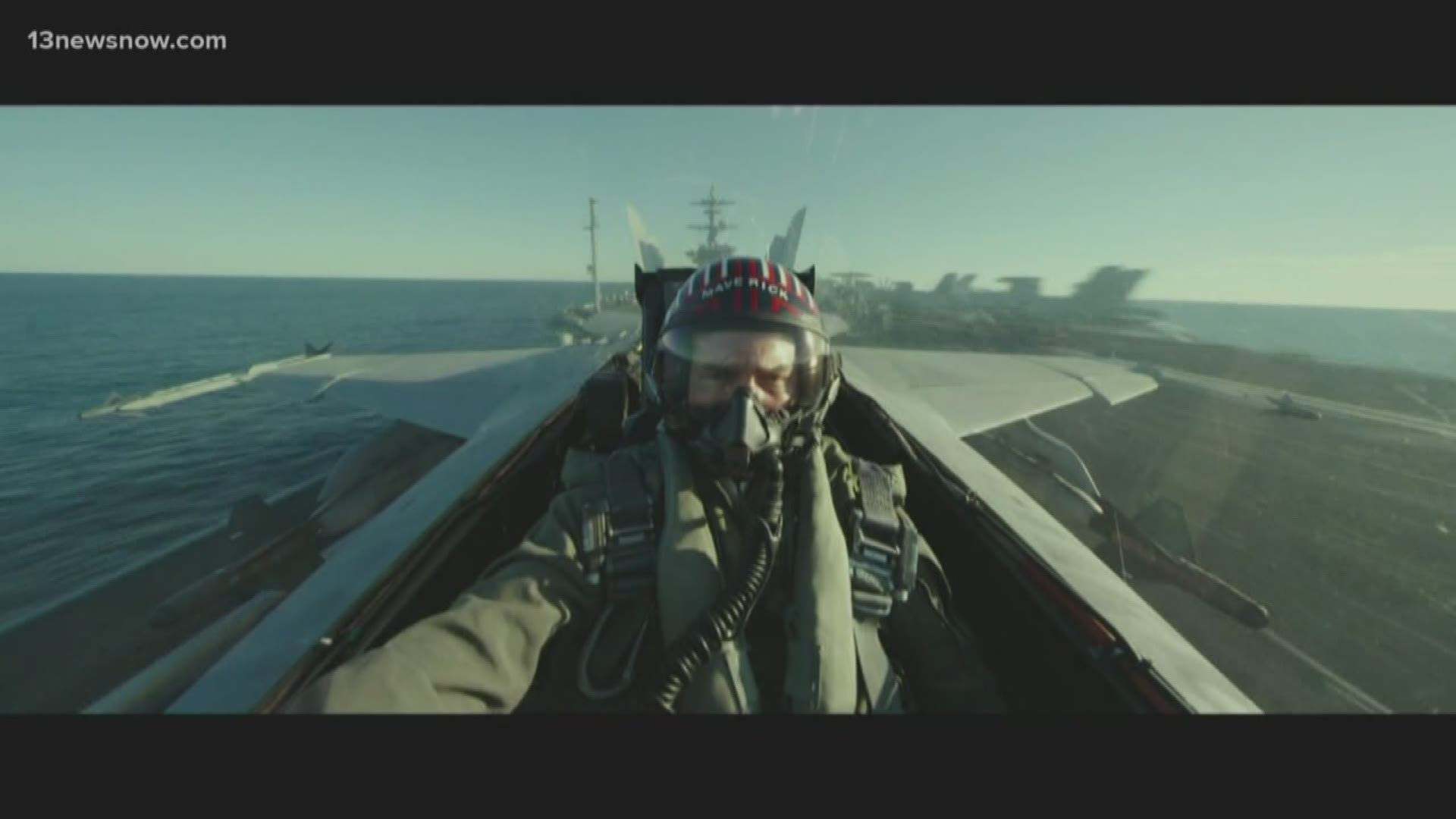 NORFOLK, Va. — The U.S. Navy is negotiating with Paramount Studios in hopes of getting some advance screenings of the much-anticipated sequel to the movie “Top Gun."

The Virginian-Pilot reported Thursday that "Top Gun: Maverick" will hit theaters on June 26.

The Navy provided significant help in producing the feature film. And there will be considerable interest in Virginia's Hampton Roads region.

Virginia Beach is home to fighter squadrons like those featured in the movie. And Norfolk is home to about half of the nation’s aircraft carriers.

Most of the movie's aerial filming took place in training ranges in the western United States. But a production crew spent time aboard the USS Abraham Lincoln off Virginia's coast.

The original “Top Gun” was a runaway success in 1986, both at the box office and for Navy recruiting.