Miles Hoyle is using his unique skills to entertain Hampton Roads one doorstep at a time. 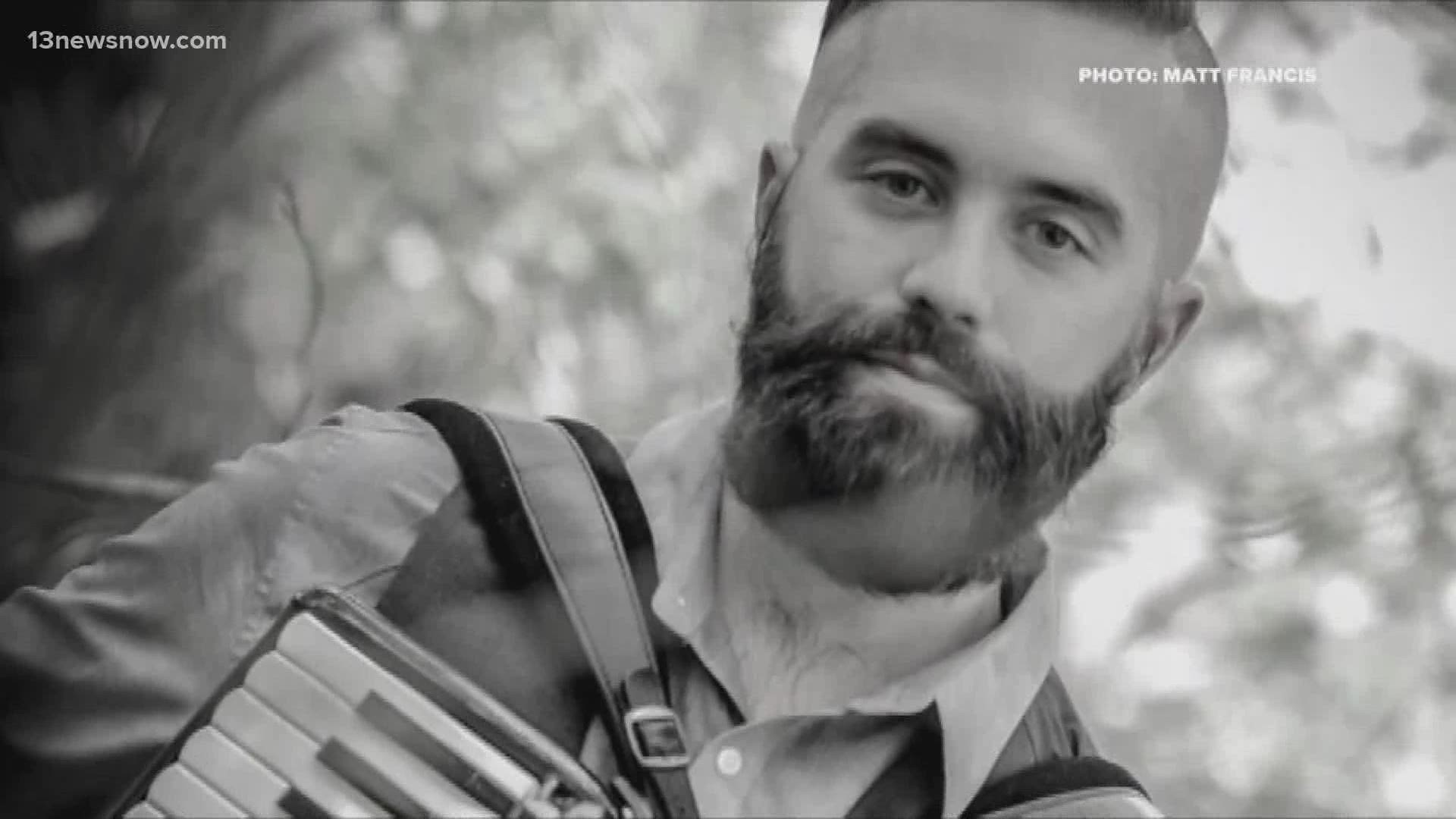 NORFOLK, Va. — Miles Hoyle does something not a lot of people in Hampton Roads do.

He plays the accordion, and he’s been doing it for the last 14 years.

You may know him from bands like The Fighting Jamesons and world music group Mosquito Cabaret. But lately, he’s become popular on his own.

“I thought a few things would come from it,” said Hoyle. “But I had eight gigs in a row booked immediately.”

To keep people entertained during the pandemic, Miles is offering an accordion-at-your-door service.

He posted the offering on Facebook, and dozens of people have already booked him for a performance. He’ll show up anywhere in Hampton Roads and perform anywhere from 15 minutes to an hour.

Social distancing is easy, he says, because the accordion is naturally loud, allowing him to perform at a safe distance.

“It’s certainly nice to be able to bring some comfort to somebody and I guess that’s part of what the appeal has been,” said Hoyle.

The pandemic has stifled traditional entertainment outside of sitting on the couch and watching TV. Concerts are out of the picture right now, and that’s expected to stay the case all summer.

So Miles is offering up something a lot of us have really been missing.

RELATED: What are Americans watching the most during the pandemic?