Friday deadline for Something in the Water community involvement from businesses, restaurants, volunteers

The festival wants to ensure as many businesses, restaurants, and food vendors from Pharrell's hometown get involved in Something in the Water 2020. 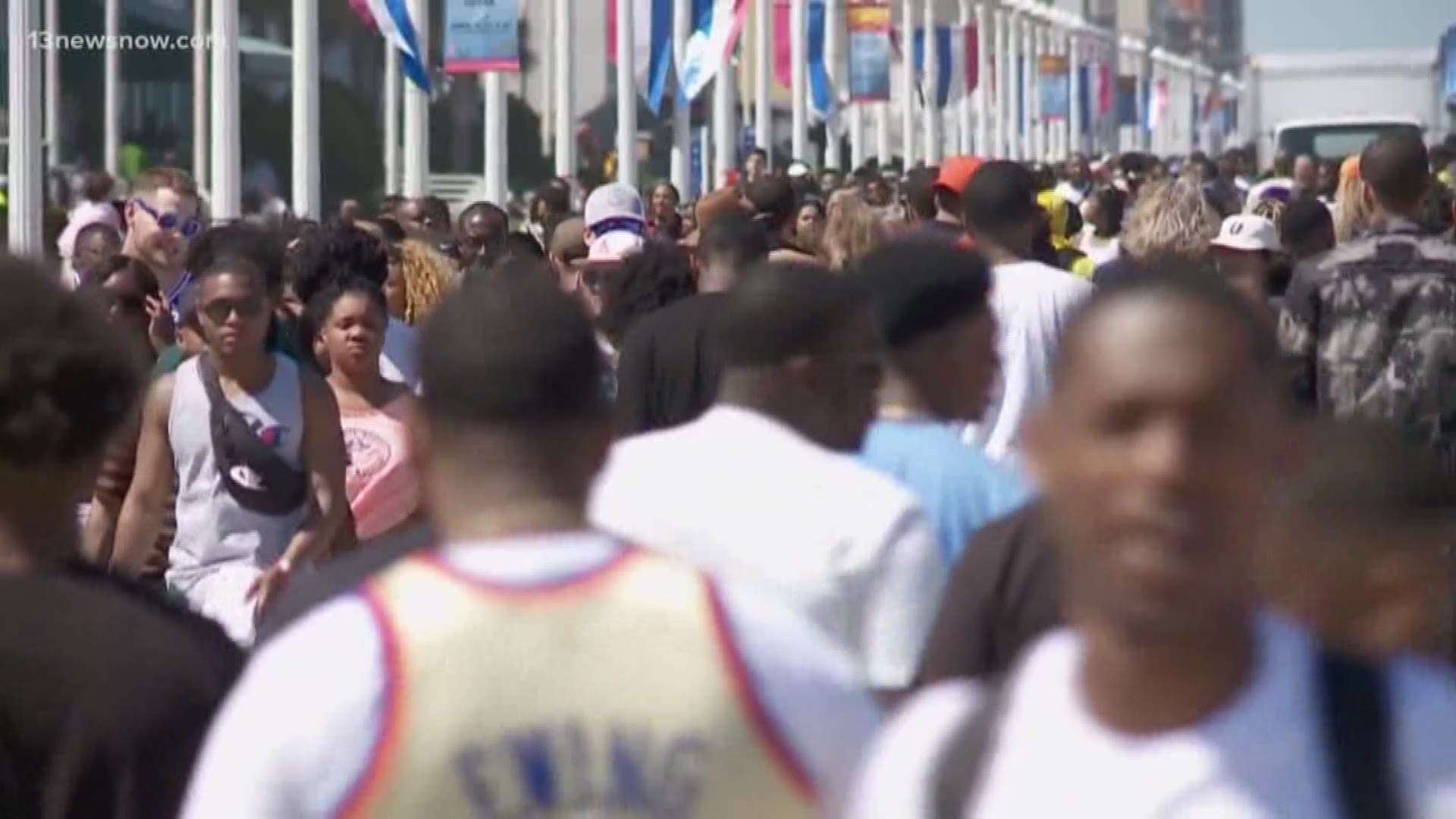 VIRGINIA BEACH, Va. — Virginia Beach native and music star Pharrell Williams' Something in the Water Festival is looking for the community's help this year, but hurry, you have until the end of the day Friday to apply.

The festival wants to ensure as many people from Pharrell's hometown get involved and showcase their food, art, and crafts.

The festival put up a link on its website for local businesses, restaurants and food vendors to sign up and participate.

Local performers interested in participating as a musical or live performer at one of the festival activations can also fill out an application.

Local businesses have the opportunity to participate in the SITW Marketplace, Attendee Special Offers or Festival Food Vending.

Already, businesses are looking to get involved.

Morgan Phipps, the general manager of Beach Bully on 19th St. said last year road closures during the festival led foot traffic away from her restaurant.

“We’re kind of dipping our toes in a little bit more this year and we have pulled the application to be a vendor at the festival,” said Phipps.

“We do appreciate that they've opened it up to all of Virginia Beach this year and I think they’re gonna get a lot of good local restaurants that have been here forever that get to benefit from having this here.”

According to the city of Virginia Beach, Something in the Water brought $21.76 million to Virginia Beach, and the resulting tax revenue was $1.19 million. The total economic impact on Hampton Roads was $24.11 million.

During the festival last year, more than 80 vendors came together at the Old Beach Art and Eco Market. The festival partnered with the annual market.

Christina Trapani, one of the market’s coordinators, said their hope is to partner with the festival once again this year.

“It was just great, it was just a great vibe, everyone was so excited to be a part of the event we had a lot of locals who came out to support the market,” said Trapani.

The festival is bringing more than just music.

It's bringing people in the community together and making them feel they're playing a big part in it, too.

"To have a festival like that where people can come and the entire city is sold out, it just makes it look like a destination which we're really amped about," said Phipps.

New this year, the Marketplace will run on all three days of the music festival (April 24 to 26) and will feature grab and go treats, gifts, art and items that represent the local community.

For more information and link to the application, click here.

Anyone willing to volunteer can also apply by February 14.

RELATED: Tickets for 2020 Something in the Water festival on sale

RELATED: Oceanfront hotels already seeing reservations for 'Something in the Water'