Missy Elliot, a Portsmouth native, dropped by her alma mater, Woodrow Wilson High School, ahead of the 'Something in the Water' festival. 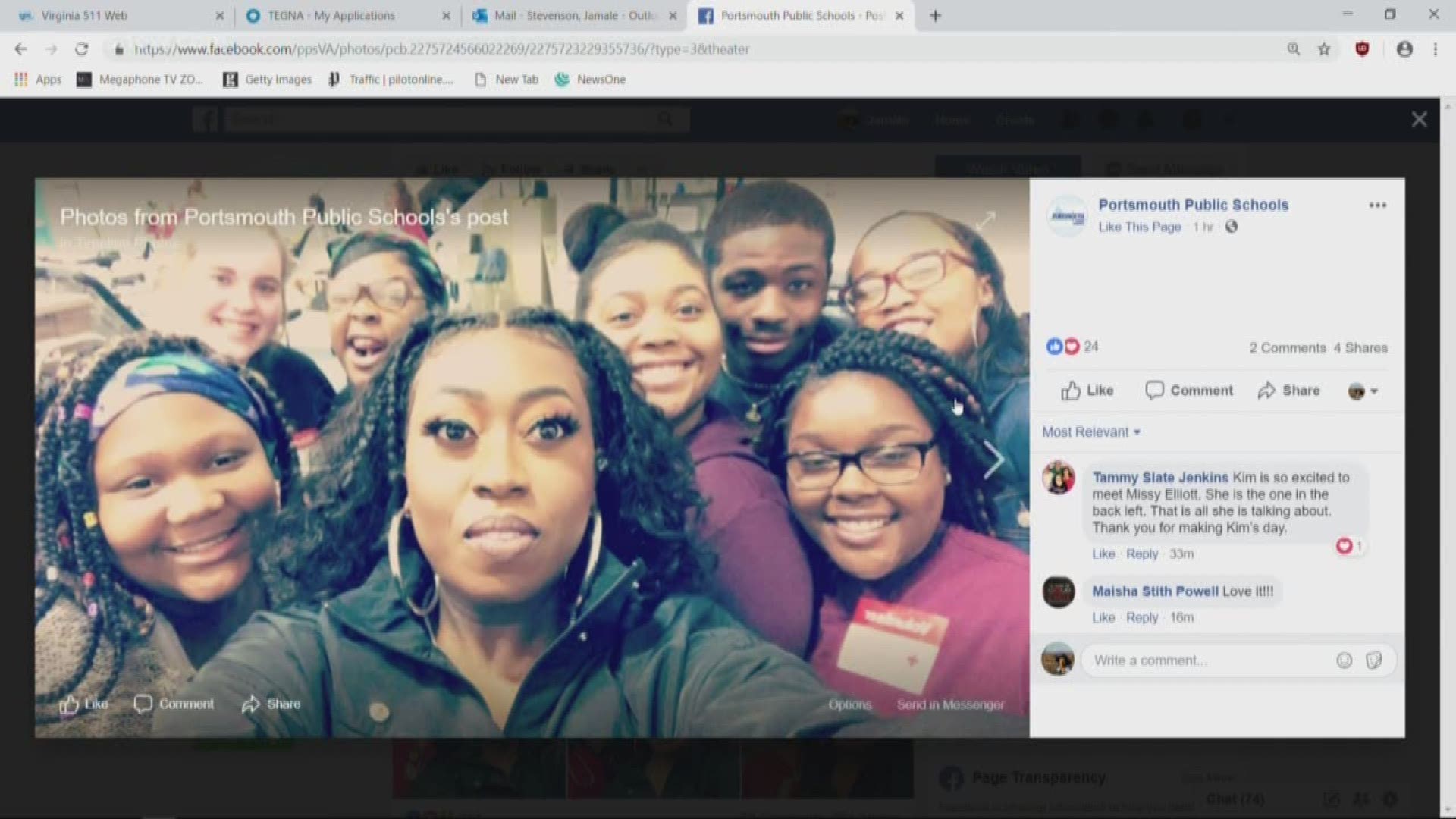 Missy Elliot, the rapper, singer, songwriter, dancer, and record producer, dropped by her alma mater Woodrow Wilson High School on Friday ahead of the 'Something in the Water' festival.

Portsmouth Public School said she also donated $25,000 to the school.

The Portsmouth native has so many hits under her belt. She's earned her enormous fanbase through the '90s and 2000s after releasing hit songs like "Get Ur Freak On," "One Minute Man," "4 My People," "Gossip Folks," and "Work It." Missy has won five Grammys, 15 Moon Persons from the MTV Video Music Awards, and won six times at the BET Awards. And we're just scratching the surface.

In November, months after Missy Elliot's visit, the school said it used about $4,300 of the funds so far. They are using it to help fill unique needs as they arise and that would not otherwise be covered in the school budget. For example, they will be covering the cost for a student to participate in and travel to honors choir next month.