Virginia Beach native Pharrell Williams is pitching "Something in the Water," a three-day festival in April that will feature fashion, art, food and much more at the Virginia Beach Convention Center. 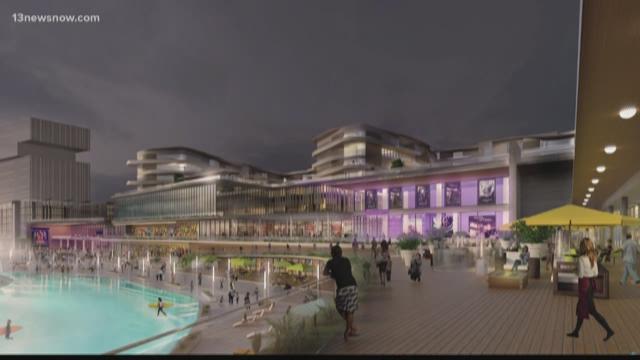 VIRGINIA BEACH, Va. (WVEC) — Pharrell Williams wants to fill the Virginia Beach Convention Center with art, fashion, food, and music for a three-day event that he calls Something in the Water.

Williams, who graduated from Princess Anne High School, spent Friday talking to city council members and other leaders within the city about the festival that would fall on College Beach Weekend beginning in 2019. Williams is looking to make the event an annual one.

College Beach Weekend draws thousands of people to the Oceanfront each year. It has been a source of concern for many in the past because of its lack of structured events and the crime that sometimes has accompanied it.

Councilman John Uhrin told 13News Now the proposal was well-received and that everyone seemed excited by it. Uhrin added that to have Williams, who probably is the most well-known celebrity to come out of Virginia Beach, put something like this festival together speaks volumes about Williams as a person and speaks volumes about the city.

Williams has been involved in many programs that "give back" to Virginia Beach. He also has been in several projects including a proposed surf park and entertainment complex at the Oceanfront.

Uhrin said the next step for Something in the Water would be to get to the heart of what is doable for the event and make sure that the city has the resources to support it, the same as Virginia Beach would do for any other event.