Recent doubt regarding the fate of Something in the Water is shining a light on Virginia Beach city leaders’ response to the Oceanfront shootings in March. 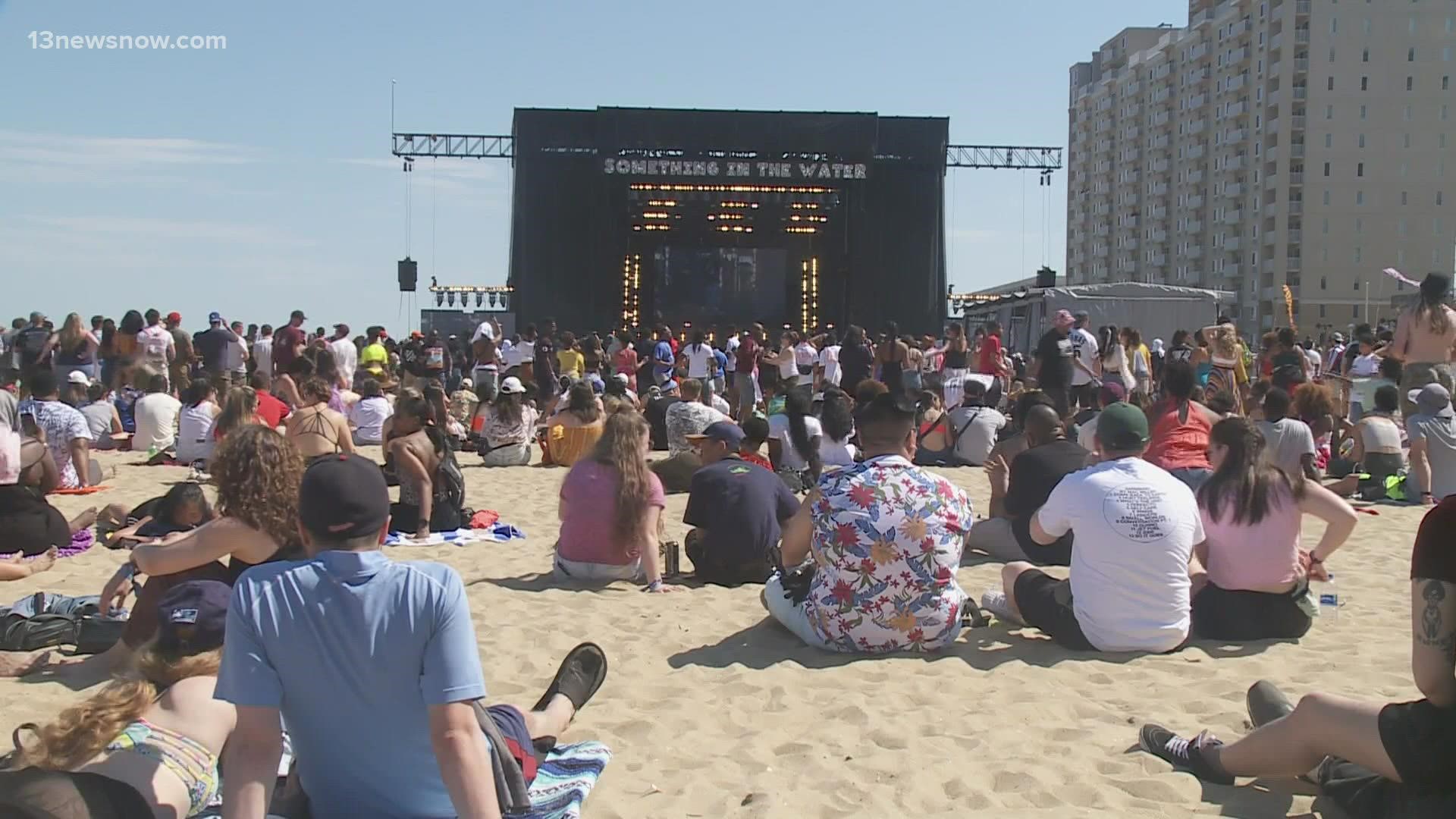 VIRGINIA BEACH, Va. — Virginia Beach City leaders are responding to the doubtful future of the Something in the Water festival.

The responses come after Virginia Beach native and singer-songwriter, Pharrell Williams, announced he doesn’t want to bring the festival back to the city for 2022.

Virginia Beach's City Manager wrote to Pharrell Williams, expressing his disappointment that Williams is considering cancelling the festival and requesting a meeting with the artist and city leaders.

Williams responded in a letter saying Virginia Beach failed to respond to the shooting death of his cousin, Donovan Lynch, by a police officer.

The Grammy award-winning artist even said the city has "toxic energy."

Virginia Beach City Councilman Aaron Rouse, who served as a liaison for the festival in 2019, says he doesn’t expect Pharrell Williams to meet with city leaders.

SOMETHING IN THE WATER STATEMENT. pic.twitter.com/NwEeJ9qXpR

Rouse says he agrees with Williams' push for Virginia Beach leaders to address its systemic problems following the deaths of Donovon Lynch and Deshayla Harris.

“We have real issues here, we have to talk about it," said Rouse. "We have to improve relationships with our Commonwealth Attorney, get more updates, and make sure the families are aware with what's going on with the investigation."

This isn’t the first time Pharrell Williams called on the Virginia Beach community for action. In the spring of 2021, Williams called for a federal investigation into the Oceanfront shootings when he spoke at Lynch's funeral.

Mayor Bobby Dyer says he wants to work with Williams on coming together to fix these problems.

“Pharrell Williams is an icon. We love having him," said Mayor Dyer. "We're certainly disappointed as a city and we are more than willing to sit down and meet face-to-face with Pharrell. The manager did send a letter to him...and if we do have issues, let's talk about them, but frankly we're not even sure what Williams is referring to with some of his things. It's our duty to communicate to each other."

Pharrell says he originally started Something in the Water to ease racial tension and to unify the region.  He says he doesn’t want to bring the festival back next year if the city isn’t going to unify in response to the Oceanfront shootings.

However, Councilman Rouse says Virginia Beach community leaders need to show the people how they plan to unite, rather than just have a discussion.

This is the full release from Mayor Bobby Dyer:

Despite Virginia Beach's City Manager's request to meet with Pharrell Williams, Councilman Rouse says he doesn't think Williams will agree to a meeting with city leaders.