Pharrell Williams' letter to Virginia Beach leaders expressed disappointment in their response to the killing of his relative, Donovon Lynch, by a police officer. 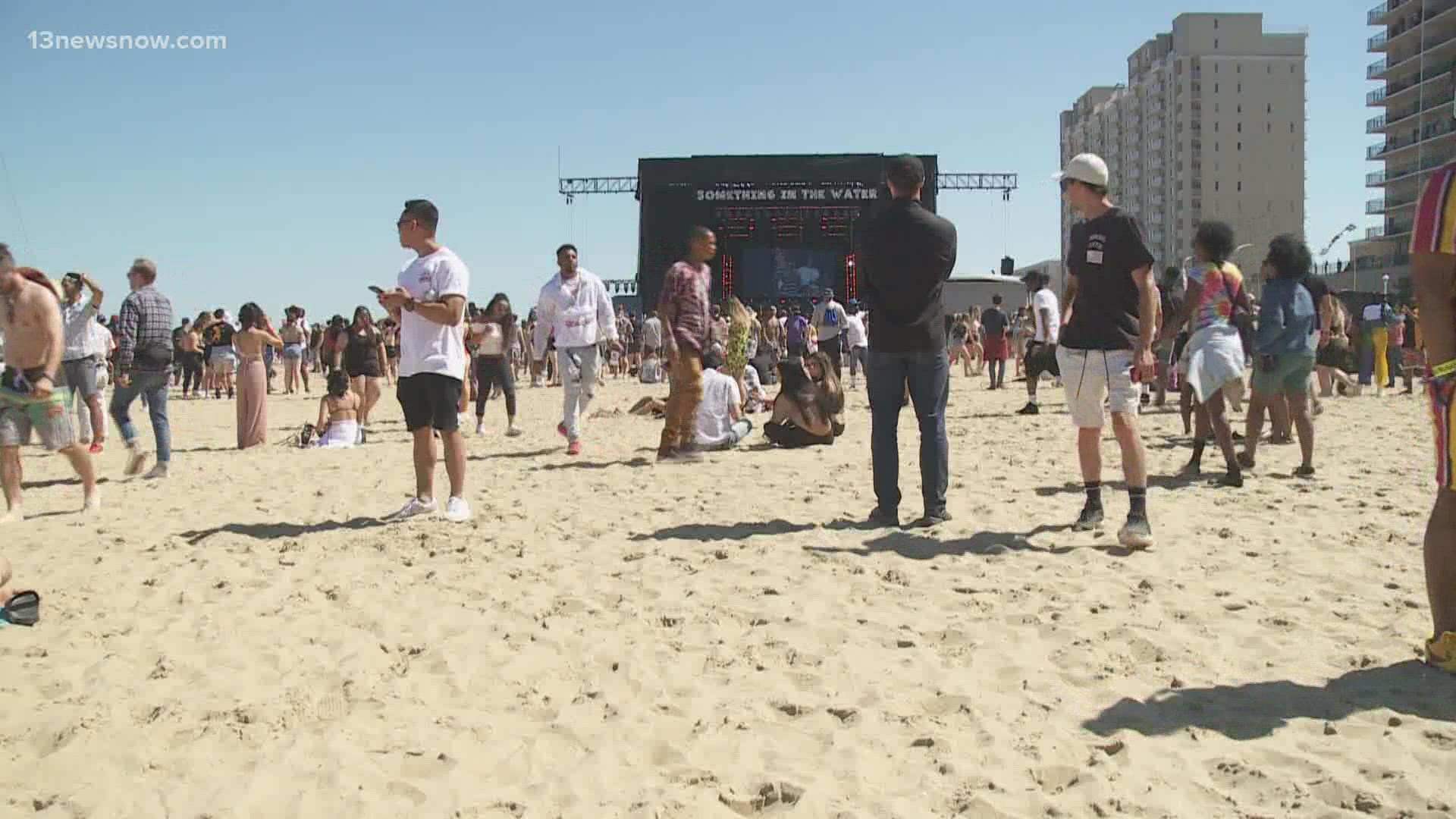 VIRGINIA BEACH, Va. — Virginia Beach's Something in the Water Festival may not return after Grammy award-winning artist, and Virginia Beach native, Pharrell Williams sent a letter to city leaders saying the city has "toxic energy."

The letter from Pharrell, who created the festival in 2019, was in response to a letter from City Manager Patrick Duhaney which stated his disappointment in hearing the festival might not return to Virginia Beach.

Duhaney asked if he and the mayor could meet with Pharrell to discuss the festival before any final decisions are made.

He discussed the economic success of the festival and said it cast Virginia Beach into the national and international spotlight.

Hotel occupancy was at 90% and the total economic impact on Hampton Roads was $24.11 million, according to the city.

Duhaney said, "positive messages of inclusivity and togetherness were heard, seen and - most importantly - felt."

The letter also stated that the city has "not lost sight of the intangible, unquantifiable impact the festival has had on the social fabric of our community."

That's when Pharrell issued his response.

Pharrell shared his initial reasoning for bringing the festival to Virginia Beach, saying it was to ease racial tension and to unify the region.

However, he said he's been disappointed with the city's response to the death of his cousin, Donovon Lynch.

"I wish the same energy I've felt from Virginia Beach leadership upon losing the festival would have been similarly channeled following the loss of my relative's life," Pharrell said in his letter.

Lynch was shot and killed by a police officer on March 26, 2021, at the oceanfront.

Following his death, Pharrell asked for a federal probe into the incident.

In the letter, Pharrell went on to say that he loves the city of Virginia Beach but for "far too long it has been run by - and with toxic energy."

The letter ends with the following statement from Pharrell:

"Until the gatekeepers and the powers-that-be consider the citizens and the consumer base, and no longer view the idea of human rights for all as a controversial idea... I don't have any problems with the city, but I realize that city hasn't valued my proposed solutions, either."

After reading the letters, 13News Now asked a source close to Pharrell if the festival will happen next year in Virginia Beach or anywhere.

That source said, "it's to be determined." In other words, the festival has not formally been canceled.

Dave May owns OMG Everything on the Oceanfront. He said they felt the economic impact of the festival firsthand.

May says he hopes Pharrell and city leaders can come to an understanding.

It would definitely hurt, you know, losing the biggest weekend," he said. "It’s almost equivalent to two weekends so, you know, to get that in one week, especially when the summer is already so short."

He said he'd enjoy the idea of the festival when it kicked off in 2019, and saw the benefits Something in the Water brought economically and socially, but agreed that the city had problems with transparency.

He was one of the city council members who asked for a public session to hear about the Oceanfront shootings after March 26.

"It can be easy to sweep issues away, especially if those issues aren't felt by the people who have the power to do something about them," he wrote.

"So, ask yourself this: If the city where your cousin was killed showed more concern for a festival than for the life of a deceased family member, would you still put on a festival?"