"This is the game changer that Virginia Beach needed," said Mayor Bobby Dyer. 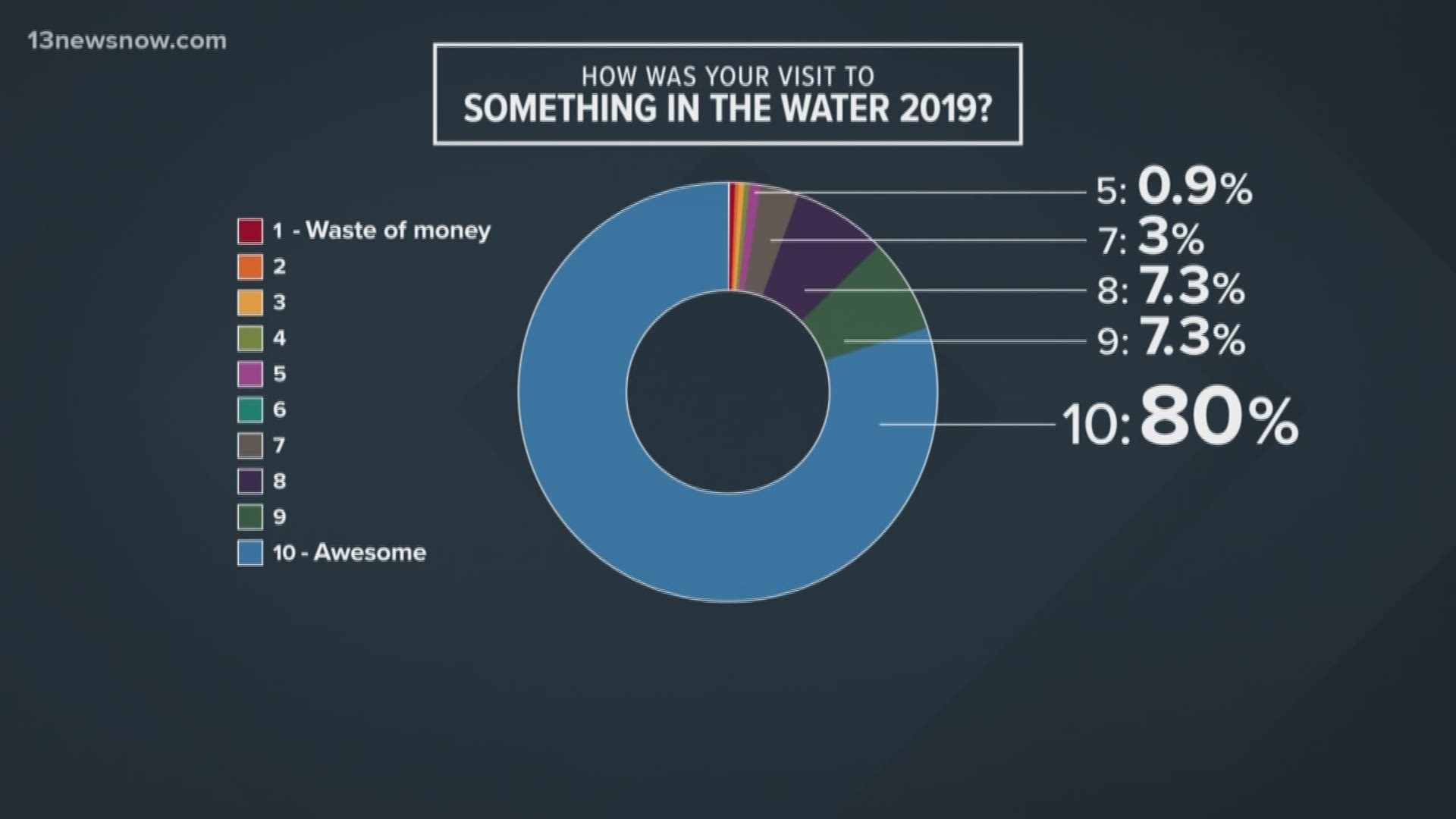 VIRGINIA BEACH, Va. — The results are in.

The city of Virginia Beach held a survey asking visitors from a scale of one to ten what they thought about the Something in the Water festival. Mayor Bobby Dyer couldn't be happier with the results.

"This is the game changer that Virginia Beach needed," said Dyer.

Out of the 1,611 people who participated in the survey, 80 percent rated the festival a 10 out of 10, while almost 95 percent gave it an eight or higher.

"This is the launching pad for the future. It's a template. Let's keep moving forward. Let's keep that feeling of positivity going," said Dyer.

The Mayor said it's important to note what worked, especially when it comes to public safety, traffic and crowd control.

"How do we keep this going to all the events, the Shamrock, the Fourth of July, Patriotic Festival. We have a lot of good stuff here going on at the beach," said Dyer.

Pharrell Williams spoke with 13NewsNow during the final day of the festival. He acknowledged the days of College Beach Week being negative is officially a thing of the past.

“You would think about College Beach Week and you would have people pulling back, retreating away from it, but what you have now is people pushing forward and leaning in," said Pharrell.

Pharrell also said the festival brought a new sense of inclusion to the weekend. Everyone was welcome.

“I saw love. I saw harmony. I saw people rising above their differences to get to a bigger place," said Williams.

The mayor said he hopes this survey is an olive branch to all the festival skeptics that it's okay to return to the oceanfront.

"Let's get the people who maybe haven't been coming to the oceanfront for years. This is your beach too. We want you back," said Dyer.