ViBe District leaders arrange art walk, customize t-shirts for Something in the Water

The Wave Riding Vehicles Surf Shop was hard at work Tuesday making t-shirts to be sold at the three-day festival. An art walk with vibrant paintings is also planned. 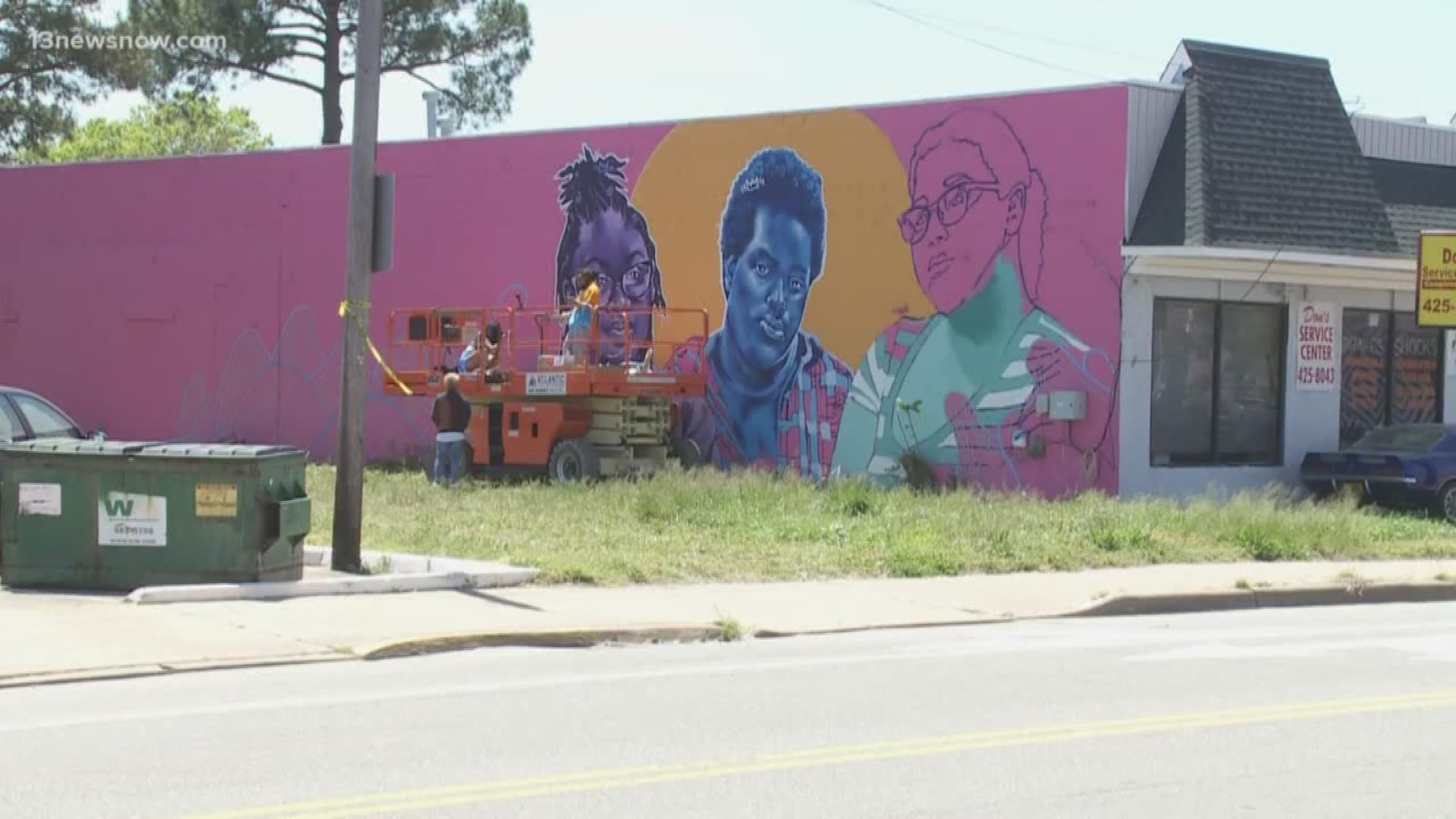 VIRGINIA BEACH, Va. — The ViBe District wants to stand out during the Something in the Water festival and it’s doing just that as the festival nears.

The Wave Riding Vehicles Surf Shop was hard at work Tuesday making t-shirts to be sold at the three-day festival.

"The purpose with the tiger print was the original WRV design from the 80's. All the sea creatures around it are designed by the Something in the Water team," said L.G. Shaw, Operations Manager.

Shaw said Pharrell and his team recruited his shop for the special design.

"He remembers his youth in the Virginia Beach area skating, and he remembered t-shirts from us and 17th street, some of the old original surf shops in the area," Shaw said. "I don't even think it was even fathomable five or ten years ago that something of this level would take place this quickly after the ViBe's creation."

The ViBe District’s leadership said it hopes the small businesses stand out among the festival events. They're also hoping the farmer's market will stand out.

"Typically the markets would open in May. This year, they're opening a week early. And they've invited in vendors from all different cities in Hampton Roads," said Kate Pittman.

Pittman also hopes the new art displays get noticed. Some of the bright creations are on display on an art walk that goes from the Virginia Museum of Contemporary Art to 13th Street at the Oceanfront.

Artist Brandan “BMike” Odums from New Orleans was selected by Pharrell’s team to select twelve local artists to create pieces. Odums also has a mural painted on 17th Street that displays teenagers from the area who submitted poems around the festival’s theme.

"The last part of the poem said 'Yes, there is something in the water and it's us.' So it's just a beautiful play on words,” Odums said.

The art walk is free to the public.