The trend has people texting their phone number, but with a different last digit than theirs. 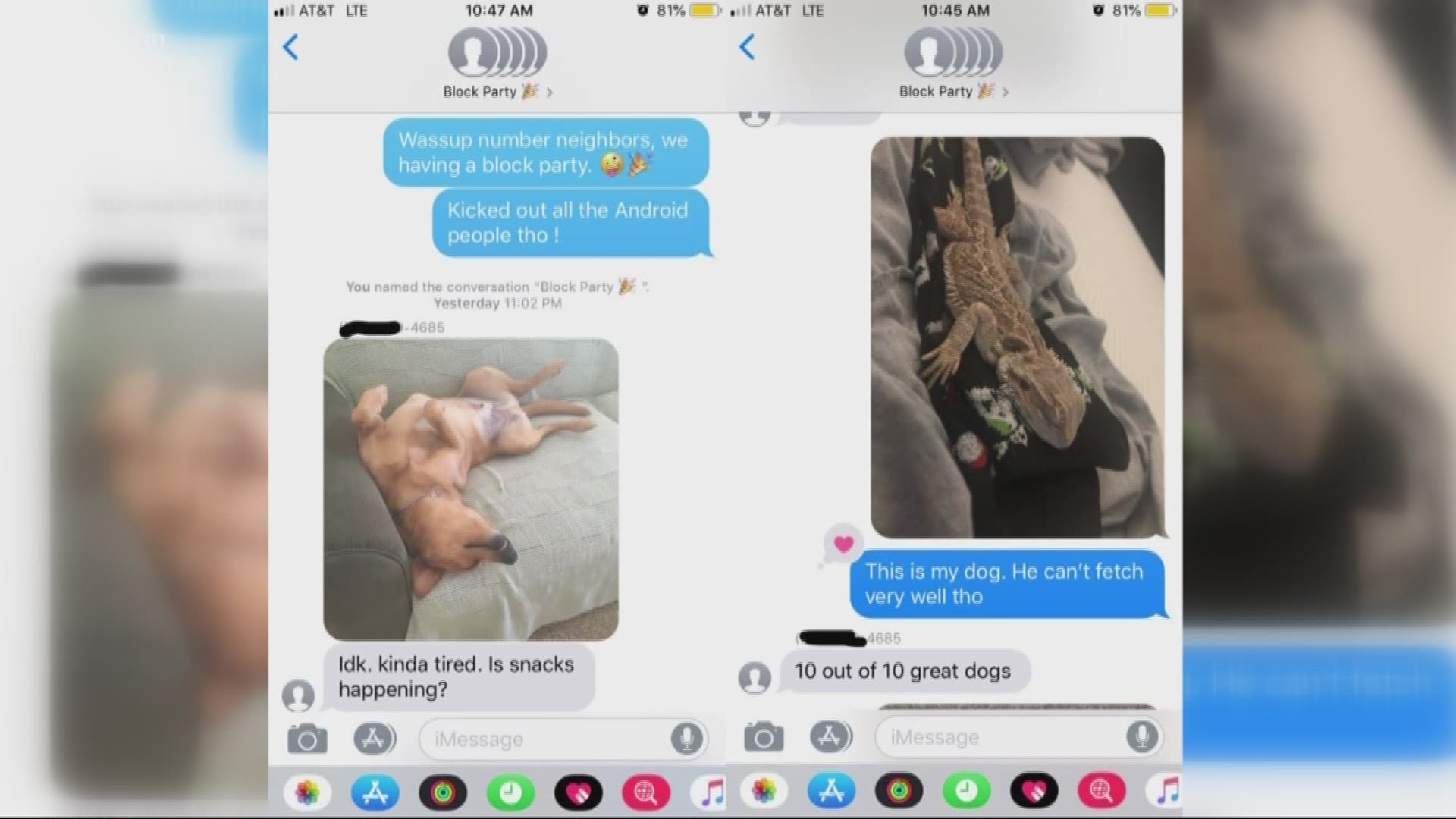 WASHINGTON — There's a new trend on Twitter that has people making both friends, enemies or just being left on "read" (which means their message is being read, but not responded to).

The "number neighbor" challenge is circulating social media, Twitter specifically. People are texting their phone number, but with a different last digit than theirs.

Several people have tried this on social media and the responses vary depending on the person.

Some people are receiving wholesome responses from their number neighbors, and some not so much.

RELATED: Elementary schooler's 'I will be your friend' shirt brightens up first day of school

Others, not so much.

Some are starting "number neighbor block parties," which might be taking this trend just a little too far.

Some people aren't even getting responses.

While others just don't seem to get the concept.

So if you get a text from someone saying they're your, "number neighbor," never fear. But maybe respond something funny -- it could end up on Twitter.

We have no idea where these trends come from on Twitter, but you know the internet has an imagination of its own.

Just last week, a Twitter user asked people to post odd photos from their phone that they could delete but for some reason they have a special attachment with them.

Like random things do on Twitter, it took off. It currently has more than 9,000 responses with people sharing their super random photos and some of them are hilarious.

Serena posted a photo of her with edited, inflatable legs.

So whether it's your number neighbor or posting a random photo, we'll never be able to tell you about the mind social media has, but we'll always be happy to report on them.

We'll see you at the next trend!