Momma bear won't be punished for lunging at man that got too close, but neither will he

A visitor to the Great Smoky Mountains National Park captured video of a female bear lunging at a man who got way too close her cubs. 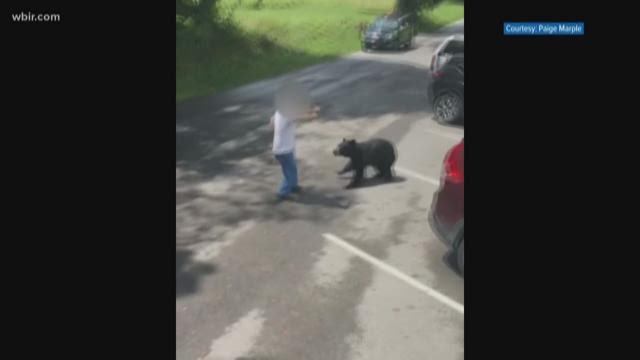 (Great Smoky Mountains National Park)-  A man who was seen in a now viral video getting so close to a mother bear and her cubs in the Smokies that she lunged towards him won't face any punishment, because park officials cannot identify him.

The video, shared with 10News on Saturday by Paige Marple shows the unidentified man first making tsk tsk tsk sounds and holding out his hand as if to call the bear cubs to him as they approach a parked car. He then runs around the other side of the car to confront the bear family once again and that's when the momma bear made a sudden movement towards him as he jumped back.

She never made contact with the man, and she and the cubs continued on their way.

The man's actions horrified onlookers and a growing number of people who have seen the video shared widely online. There are signs posted throughout the park warning visitors to stay at least 50 yards away from bear and other wildlife.

RELATED: Woman recounts watching bear lunge at man after he approaches her cubs 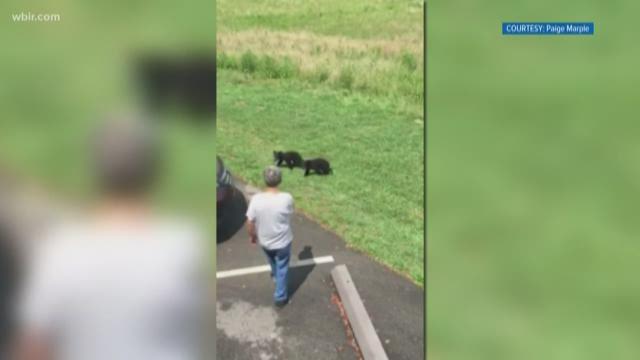 RELATED: WATCH: A Cades Cove visitor confronted a momma bear and her cubs, so she charged

Many people want to know why the man wasn't charged with getting too close to the bears.

The answer, simply, is because no one knows who he is.

"None of the witnesses were able to put him with a particular car, a license plate, to be able to track him down and further the investigation," said Dana Soehn, a spokesperson for the Great Smoky Mountains National Park (GSMNP).

The Smokies are visited by more than 11 million people every year, and there are approximately 1,600 bears in the park. With more than 500,000 acres to cover, it's just impossible for park rangers to be everywhere and see everything.

RELATED: Seriously... give the Cades Cove bears their space

RELATED: Warning to tourists in East Tennessee: Please don't get too close to our bears!

Since April, rangers have dealt with more than a hundred reports of people getting too close to bears and elk, but unless they are witnessed by a park official, it's tough to track them down after the fact.

If rangers do catch someone in the act, the punishment can range from a verbal warning to up to a fine of a few thousand dollars.

But what about the bear? Many people who have seen the video have expressed concern that she could be punished for this man's actions.

Park officials said in this case, no. The bear was acting appropriately in a defensive manner. Even if she had injured the man, that would not have been an automatic death sentence because of the circumstances involved. They also don't have any plans to relocate the bear family because they are acting naturally. 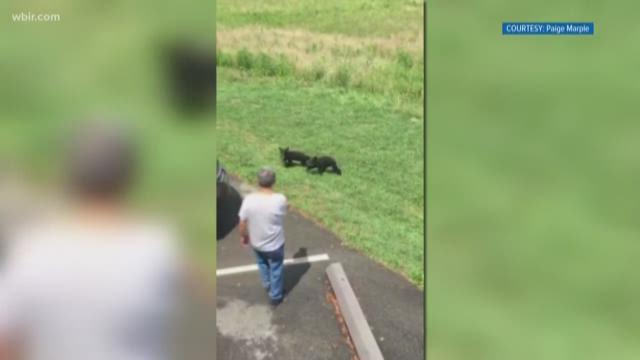 The biggest concern for park officials, in this case, was that the bear showed no fear of people. She led her family right up to and across a road filled with people. If someone had tossed out some food, that would have made it worse.

If bears begin to associate humans with food, that could lead them to approach people and create conflict. In those cases, wildlife officials are usually forced to destroy the bear.

TWRA offers these tips for people living or vacationing in bear country: