She’s known as “Princess Isabella” to the Norfolk SPCA and now this Princess needs a castle to call home. 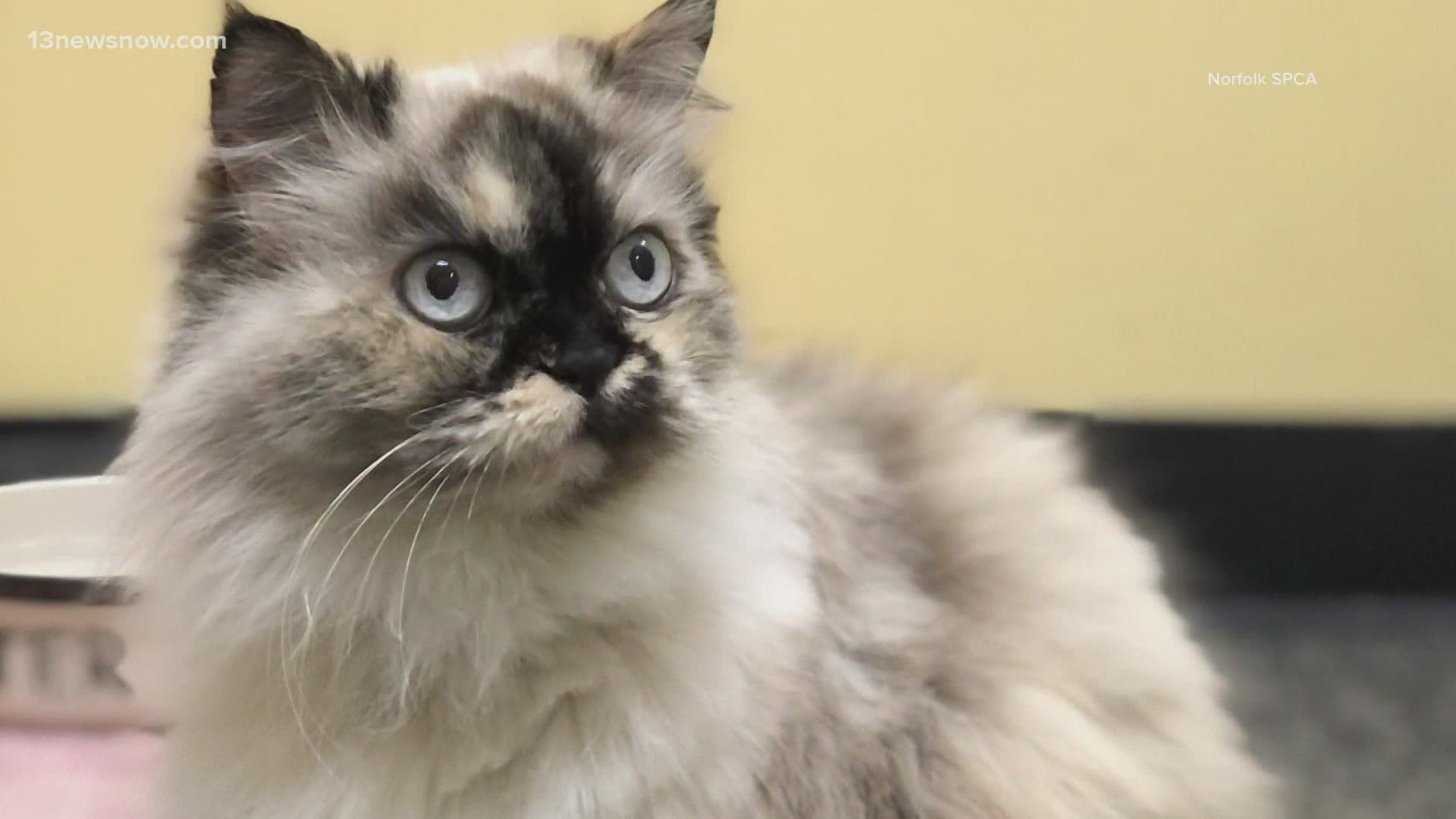 NORFOLK, Va. — Isabella is a 12-year-old Himalayan Mix. She is beautiful--and boy does she know it.

Isabella was turned over to the shelter about a month ago. She had two large masses that the shelter removed. Luckily, she is completely fine. The shelter said since she did have masses, this will just be something you want to watch closely with Isabella.

“Isabella has been here for a little over a month now and she’s just wonderful,” said Hodges.

When asked about personality, Hodges laughed, saying that Isabella is the definition of independent.

Though her independence can come off as being a diva it just takes a little scratching of Isabella’s head and you’re in. “It takes a few tries to build up trust with her, but once that trust is established she’s an absolute sweetheart,” Hodges said.

Isabella is a senior cat. The Norfolk SPCA claims she’d be best in a quiet home with no other pets. If you do have pets, she gets along best with other senior animals.

Though she like a quiet space, Isabella would love to have a home even more.

“I definitely think she deserves a good home where she can just snuggle up with somebody,” said Hodges.

If you’re interested in adopting Isabella you can go to her profile on the Norfolk SPCA’s adoptable pets page.