Monty is a hound who came to the Chesapeake Humane Society as a stray. He's been waiting to find a permanent home for about a year. 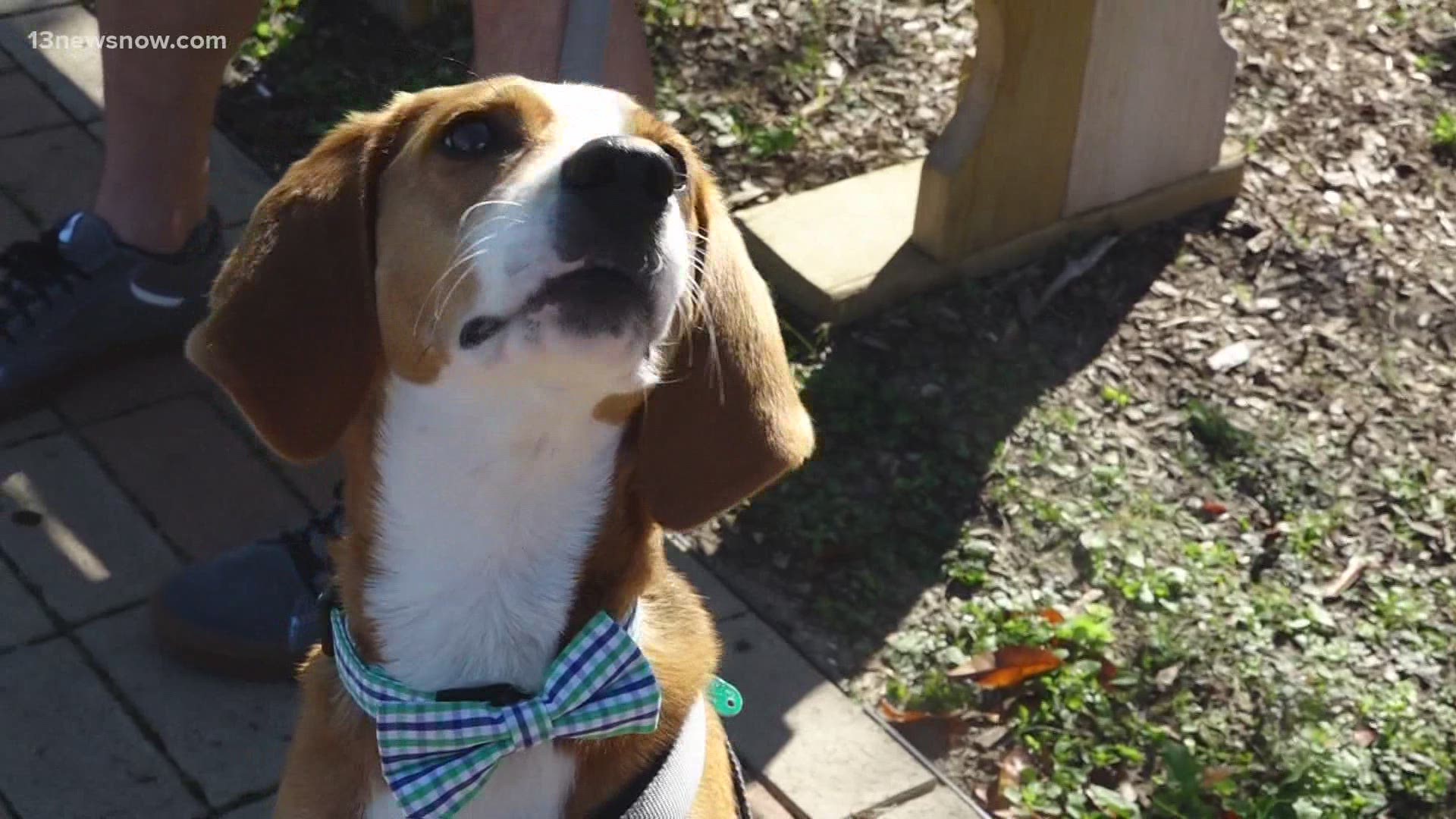 CHESAPEAKE, Va. — Montgomery, or “Monty” for short, is a tri-colored hound. He's around six years old - and for the last year, he’s been homeless.

Someone found this little guy as a stray and brought him to the Chesapeake Humane Society.

He’s been under Garrenton's and Steve Holderbaum’s care, on and off. He did find what was supposed to be his permanent home, but later was returned.

Monty did test positive for heartworms, but has gone through the necessary treatment, and is a healthy dog.

“He just deserves a good home. He’s such a good boy,” said Garrenton.

Monty currently lives with two other dogs and a cat. His foster parents say he fits right in and plays with other animals well.

“He loves going to the dog park. He loves other dogs,” Garrenton added.

Kids are no different. Though he doesn’t live with any at home right now, the interactions he’s had have gone well.

“He’s had children come running up to him and wrap their arms around him and he’s done great. He just tail wags,” she said.

Monty doesn’t need too much attention. He does have playful energy. A daily walk or bike ride should help him control those “zoomies.”

“He likes to go on bike rides and walks," Garrenton explained. "He’s great for someone who’s a little more active.”

His foster parents said he is good at being lazy, too.

“If you get down on the ground with him, he’ll nuzzle his head onto you and then flop his whole body on to you,” Garrenton said.

When asked what words describe him best, the two blurted out “awkward” and “goofy," saying that Monty has little quirks that make him funny, but he’s a loving dog.

He is potty-trained, neutered and all his vaccinations are up to date, making him a perfect candidate for a new home.

Monty’s adoption fees are covered by the shelter. So, all he’s missing is a good home!

When asked if there was anything else they’d like to add, Garrenton and Holderbaum said, “There’s nothing not to love about him. He just wants to be your friend.”

To give Monty his forever home you can go to the Chesapeake Humane Society website or email development@chesapeakehumane.org.