IN SESSION: Dan Kennedy becomes 'Principal for a Day' at York County school

Several business and community leaders were paired up with principals at York County School Division schools for the annual program. 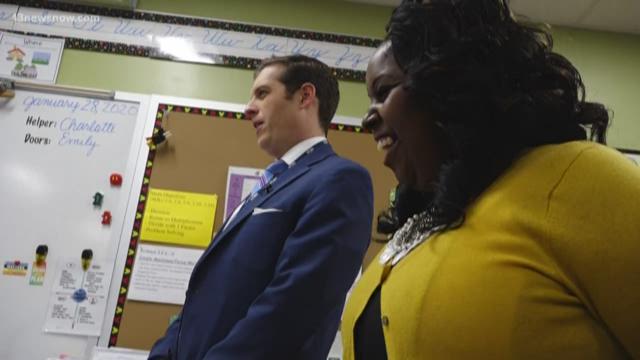 Kennedy was paired with Principal Termaine Hopkins of Waller Mill Elementary School in the Williamsburg area of the county.

Various other business and community leaders were paired up with principals at other schools.

Kennedy learned that being a principal involves a lot more than just being the stereotypical disciplinarian. The most important part of the job, as Mrs. Hopkins told him, is building relationships with families and their children.

Watch as Kennedy tries his hand at becoming Principal for a Day.