Some robotics students in Newport News are helping police better train on the firing range. 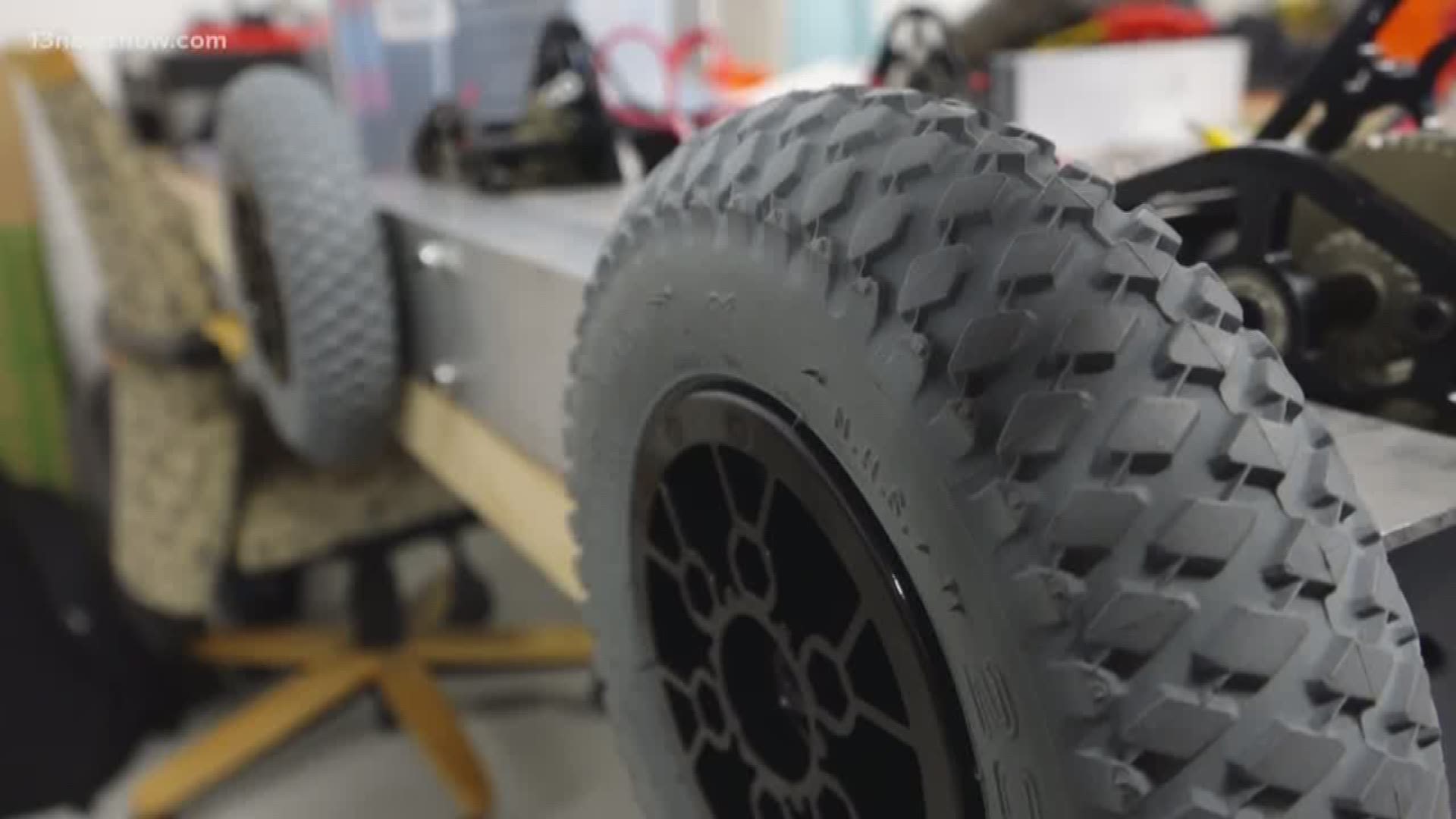 The students, with help from mentors from the Jefferson Lab, are building a prototype for a moving robotic target.

“Well, the idea really originated with Sgt. [Bradley] Churchill with the Newport News Police Department," said Dave Lawrence from the Jefferson Lab. "He runs the shooting range and was looking for a way that maybe we could have a more dynamic target, something that could be driven around on the range for target practice.”

RELATED: In Session Panel: Bullying in the age of social media

About a dozen students from Hines Middle School and Heritage High School teamed up with mentors from Jefferson Lab like Dave Lawrence. Together, they've spent countless hours, including during the summer months, to design and build the moving target from scratch.

“We decided to prototype first and see what we could come up with," Lawrence said. “One of the things we had to do was design systems that would detect bullets.”

The high schoolers worked on the base of the robot which is operated using a remote control and radiofrequency, and the middle schoolers built the mannequin on top.

“Very different from when you’re building a robot in a competition that you don’t expect to get destroyed halfway through the competition. This is something that you’re going to have to routinely replace things so every part that we put in that was above this drive train was something that could be replaced for pretty cheap," Lawrence said.

As the team fine-tunes the robot, the next goal is testing it on the police firing range. Lawrence says they hope to seek funding once the prototype is tested.