IN SESSION: Students design robots to clean up beaches

A group of Chesapeake students is working on a new way to keep trash out of the ocean with the help of artificial intelligence. 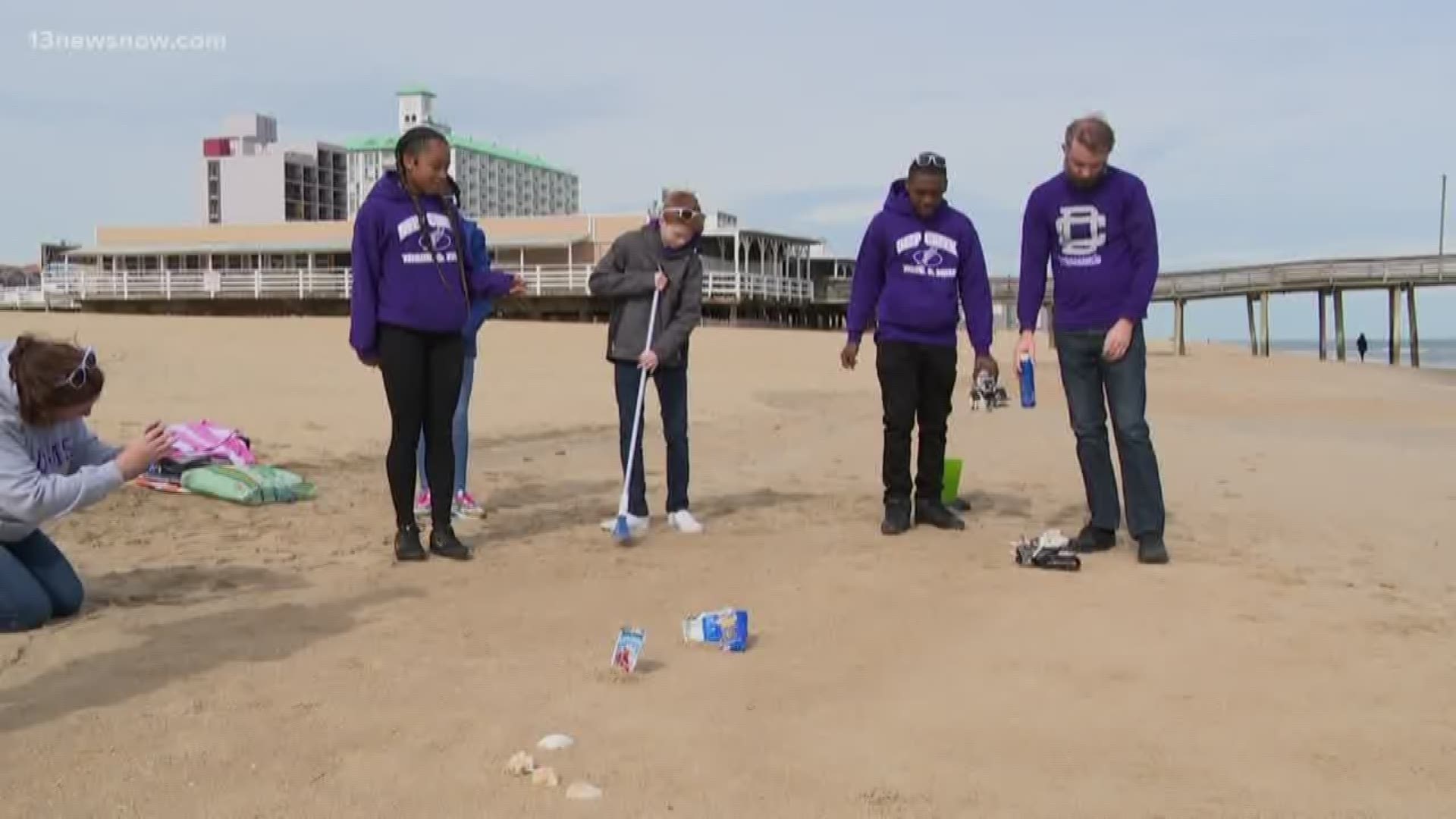 CHESAPEAKE, Va. — There are an estimated 150 million metric tons of plastic in the ocean.

Now some students at Deep Creek Middle School in Chesapeake are testing a new way to clean up our beaches before that trash reaches the ocean.

"We surveyed our students and overwhelmingly, the responses were environmental concerns and our student population was concerned with the environment," said Paula Labbe, the 8th-grade science teacher at Deep Creek Middle School.

Ms. Labbe's 8th-grade science class designed a prototype of a trash-clearing robot that is programmed to pick up trash.

"We programmed it to go in a one-meter grid and we have sensors on it that sense the trash, so when it senses that, it'll pick it up and go right back to where it started," said student Taylor Christful. "Every time we program it, we have to test it, so if we don't get it right, we have to re-do it."

The students continue to fine-tune the invention which began in January but Labbe says perfection isn't the goal of this lesson.

The school submitted the prototype in Samsung's national STEM competition "Solve for Tomorrow" and was recently awarded $15,000 in technology for their innovative work.

The program encourages students to solve real-world issues in their community using science, technology, engineering, and math, or STEM.