The helicopter is known as a 'flying ICU.' 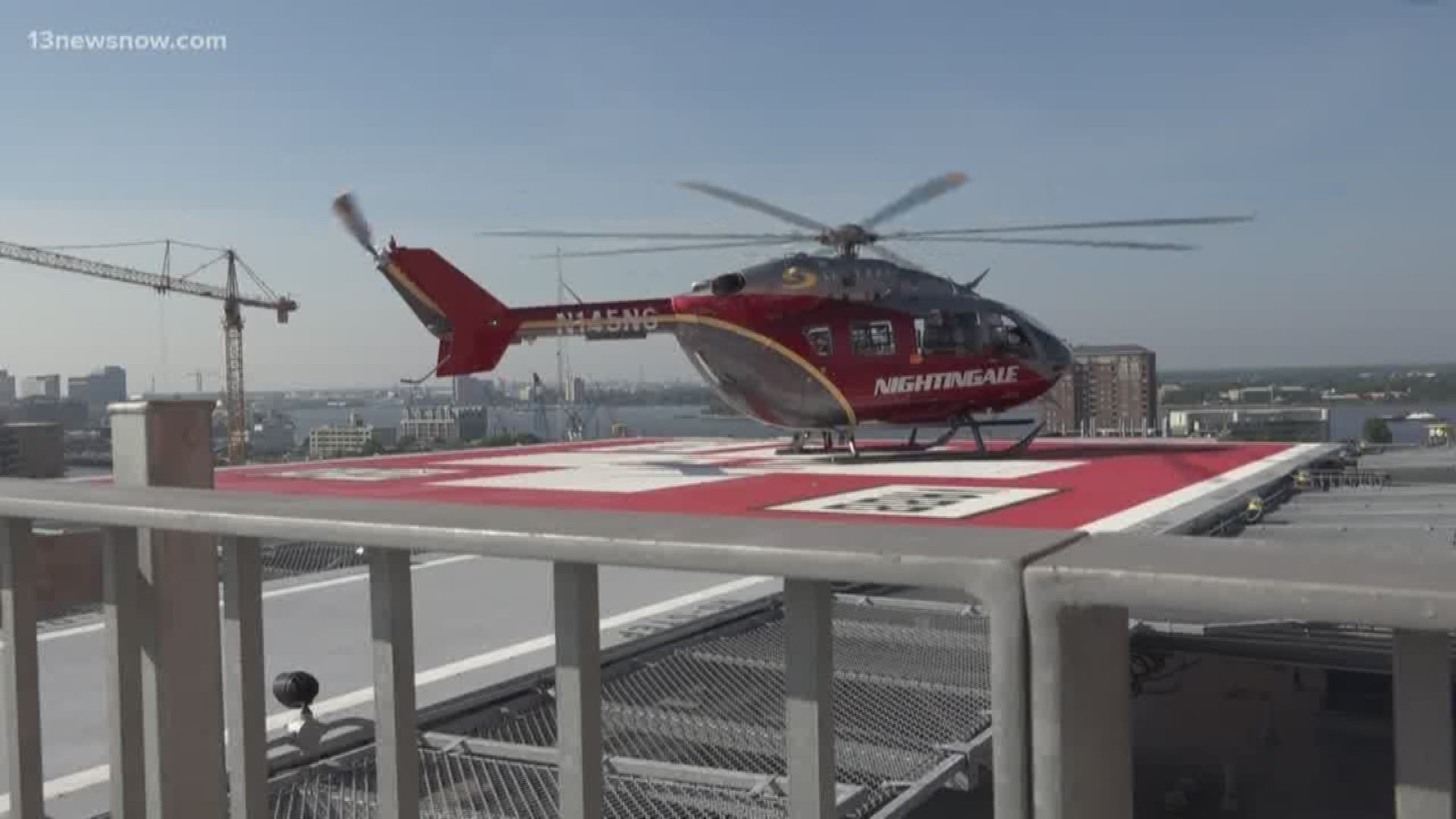 NORFOLK, Va. — In an emergency, timing is everything. Sometimes, a helicopter is the fastest way to get help.

Looking down over Norfolk and flying beyond is the Nightingale. The helicopter sits atop of Sentara Norfolk General Hospital. A few floors down, the flight crew unwinds in their quarters between flights.

"Some of the things we carry in the helicopter are ventilator, IV infusion pumps, video laryngoscope, and an ultrasound," McClain notes.

That all stays in the vehicle so when a call comes in, the flight trio can suit up and head to the helipad.

Scott Nance pilots Nightingale and lists those flying with him: "There's the pilot, myself. We have a flight nurse, a flight paramedic... the three of us."

Nance is one of four veterans that fly the medical machine. "I'm retired Army, we have a retired CG pilot and two retired Navy pilots."

Flight rules determine what weather conditions like cloud base height and visibility Nance and the others can fly in. A recent upgrade from visual to instrument flight rules means more medical missions for Nightingale.

"Now that we’re IFR, we use the same rules that a big commercial jet uses," Nance says.

Every year, Nightingale makes hundreds of flights but for the community members they connect with, it only takes one flight or event to make a difference.

Nance brags, "When I tell them I'm a Nightingale helicopter pilot? They say, 'Holy smokes, that must be an awesome job,' and I tell them, 'It's the best job in the world!'"