Bailey’s gig with Perry will see the light of day Wednesday night, when she appears in the latest episode of the show 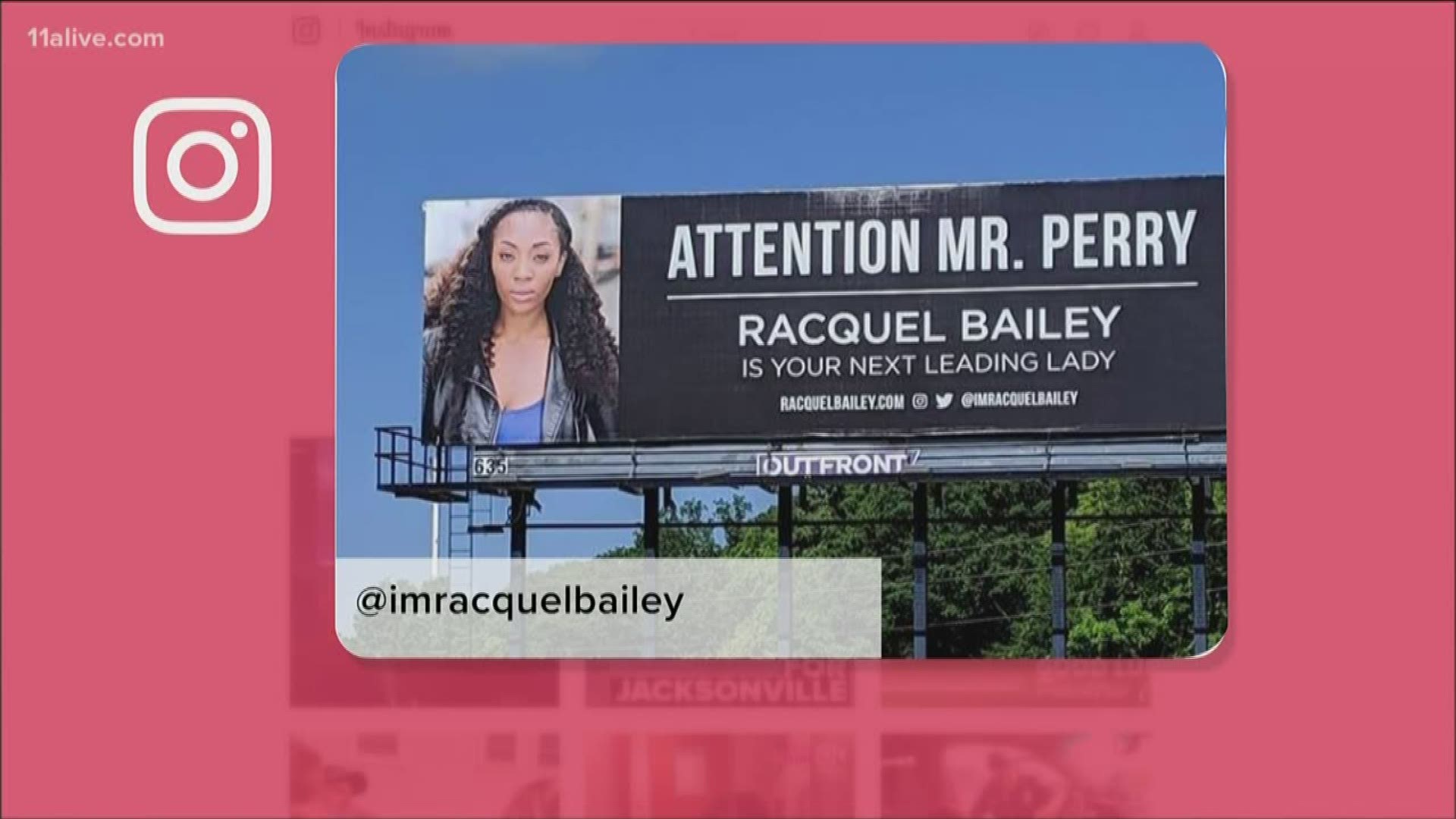 Racquel Bailey got the world’s attention when she purchased two billboards trying to get an acting gig with media mogul Tyler Perry.

11Alive broke the story after speaking with the rising star in which she detailed spending her rent money on the signs.

Just a few days later, Perry responded that this was not the way to land a gig with his studio. However, Perry said he was familiar with Bailey’s work.

Bailey’s gig with Perry will see the light of day Wednesday night when she appears in the latest episode of the show. The Edison, New Jersy native told The A-Scene the role is a dream come true for her and that she was hoping to land the gig months ago when we spoke to her.

“I love the diverse projects that are coming out. He (Perry) has this project called 'Sistas' that I would love to be a part of,” Bailey said before it was confirmed that she would be a part of it.

Bailey said she spent a little over $2,000 on the large signs that read, “Attention Mr. Perry, Racquel Bailey is your next leading lady.”

While the role isn’t a lead character, it is certain that her bold gesture got the attention she hoped for. It was the topic of several late-night television shows when Perry appeared.

Bailey shared that this was not the first time she had tried to get to the man behind the famous Madea franchise.

“Seven years ago, I put a billboard up in Atlanta,” Bailey said. “I never heard back from Mr. Perry, but I went back to the drawing board and continued to work on my craft, auditioned more and worked more."

That determination is what landed Bailey on HBO’s “The Night Of,” which is currently available on demand.

The wife and mother of two children - an 11-month-old and a teen - said she’s trying her best to make the move to Atlanta for more acting gigs.

“I think any leap of faith is worth it. You never know how things are going to go until you do it,” Bailey said.

Perry said his dream didn't come overnight. He worked hard and prayed even harder before he began seeing the fruits of his labor.

Perry purchased 330 acres of historic land on the decommissioned Fort McPherson Army Base and is already poised to become one of the largest motion picture studios in the U.S.

Bailey’s billboards were located between both areas of the city, with one on Ponders Way and the second on Campbellton Road.

Missy Elliot, T.I., Rapsody and more are set to perform at Funkfest 2020 in Atlanta

Marvel Studios films ‘The Falcon and The Winter Soldier’ in Decatur