After a lost year, live performances are nearly back, with a new venue and new rules. 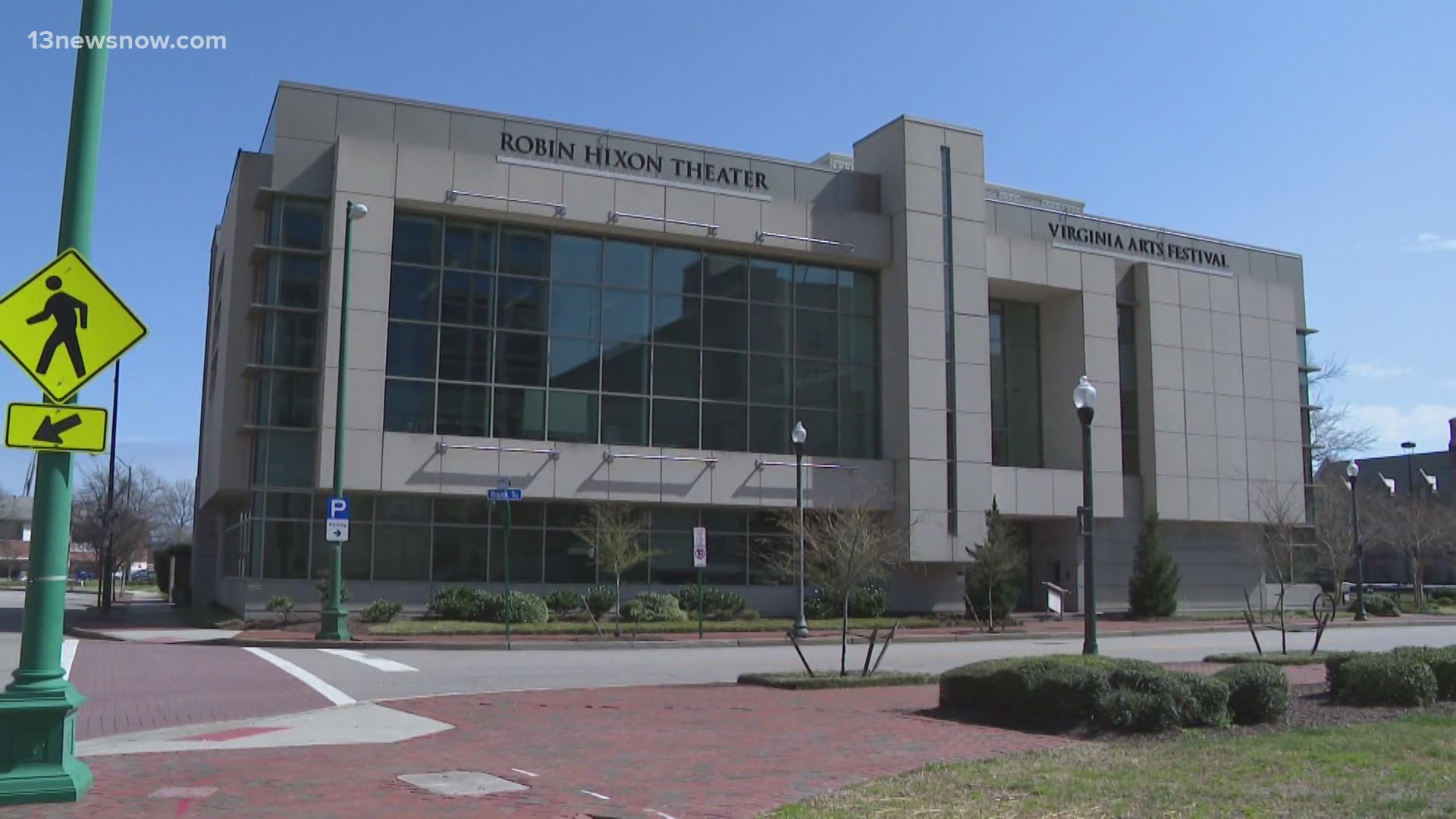 NORFOLK, Va. — The silver anniversary will have to wait a year for the Virginia Arts Festival.

"2021 was supposed to be year 25 for us, but we didn't have a year 24 in 2020, so we just punted a year - and now were gonna celebrate our 24th and next year will be the anniversary," said Dianna Starkey, the festival's director of marketing.

For now, she's locked in on a different kind of milestone. After the year off, tickets are on sale for live performances at the Virginia Arts Festival.

"The buzz is that we're doing shows, this is what we love to do, we love to give people experiences of live performing arts," Starkey said.

They'll do so in a completely new way, at the still-to-be-built bank street stage on the corner of Charlotte and Bank street, with pod seating.

"Seating is set up to be in safe distance to any other sets of chairs. There's chairs set up together that are 2's and also 4's, and 6 feet all around you - there will not be another set of chairs until there's 6 feet," Starkey said, describing the new arrangement.

Individual tickets and pod tickets are available now for purchase, with the first show kicking off on April 12.

"It's very busy right now, we've turned on a dime. Once we got the go ahead we went gangbusters in getting performances set up," she said.

The new stage should have plenty of room for action.

"Stay tuned for new shows coming and going on sale; every day it's a new adventure."