Pharrell appears in the new season's seventh episode titled "Write My Name in the Book of Life." 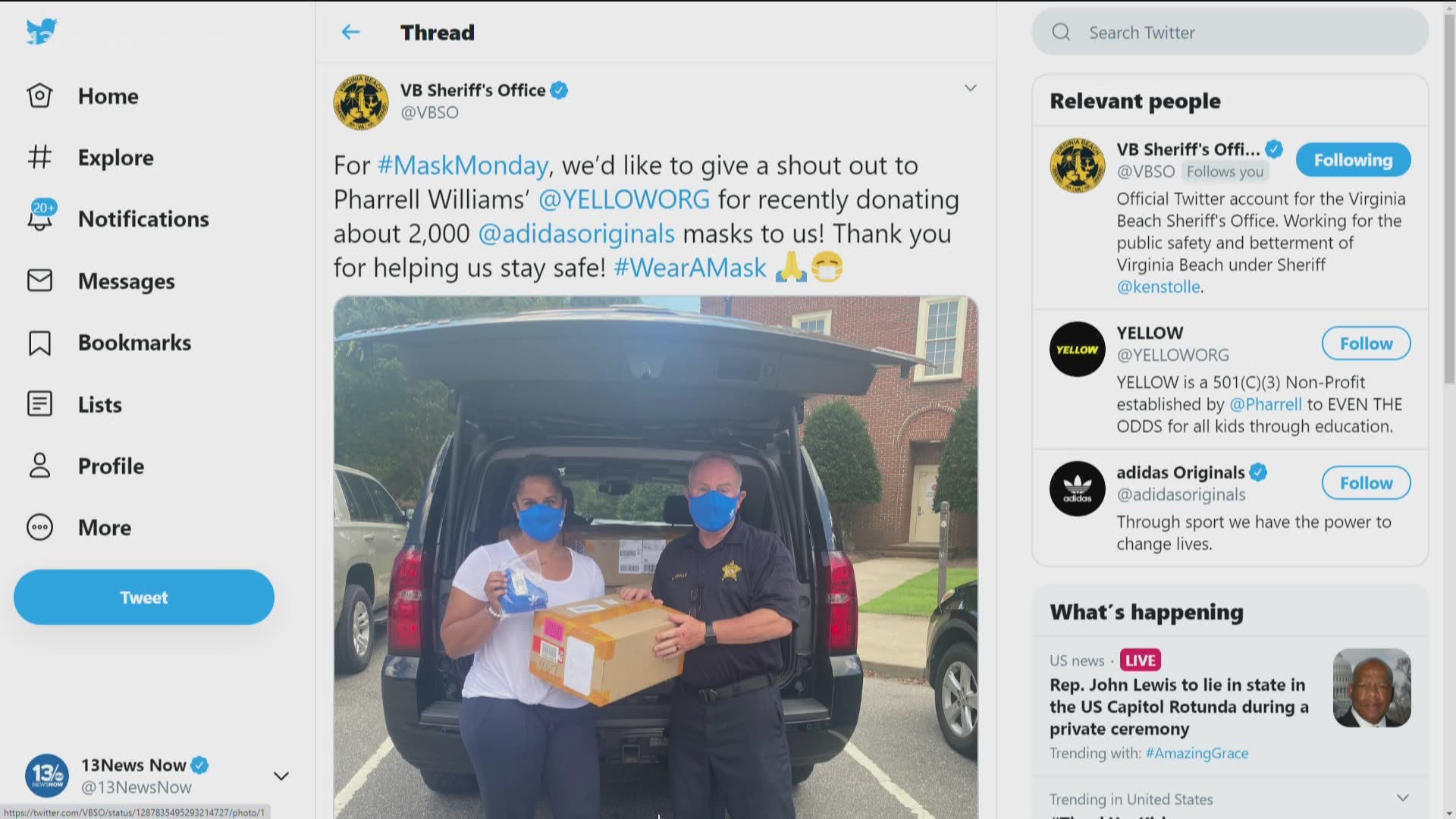 Award-winning producer and musician Pharrell Williams will explore his ancestral history in an upcoming episode of "Finding Your Roots With Henry Louis Gates, Jr."

The Virginia Beach native will be featured on the PBS show Tuesday, Feb. 16 at 8 p.m. on WHRO-TV.

In the episode featuring Pharrell, Gates helps the musician and filmmaker Kasi Lemmons uncover rare first-person accounts of their enslaved ancestors, according to a news release.

Pharrell grew up in Virginia Beach and attended Princess Anne High School. The musician has not forgotten his Hampton Roads roots and continues to give back to his hometown. That includes founding the successful arts and music festival Something in the Water.

Pharrell appears in the new season's seventh episode titled "Write My Name in the Book of Life."

Here's a glimpse of the episode: