Sydney Wilson is now a sophomore at Appalachian State University, but her high school basketball team wanted to do its part to help as she goes through treatment. 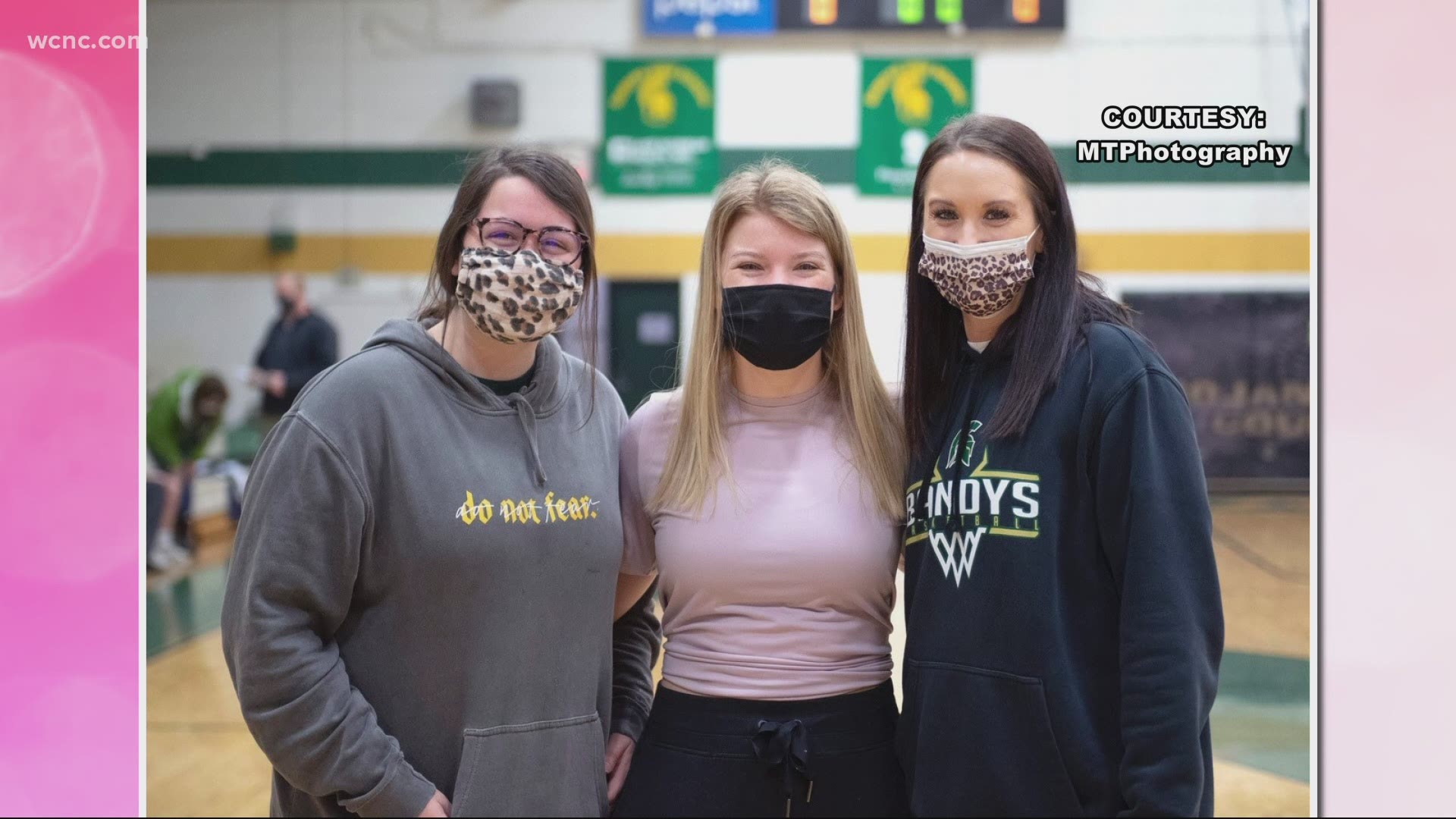 CATAWBA COUNTY, N.C. — Sydney Wilson graduated from Bandys High School in Catawba, North Carolina, back in 2019, but her impact on the school remains and it's making a difference in her fight against a brain tumor.

Wilson, now a sophomore at Appalachian State University, was diagnosed with the tumor in the fall. As she undergoes radiation and chemotherapy treatments, one of her best friends and teammates at Bandys decided to help.

"Logan Dutka, one of my players was close with Sydney, and once we found out about her, it hit us hard," said Nicki Brittain, girls basketball coach at Bandys. "Logan and I were sitting in my classroom and trying to think of something we could do to help, something to redirect our energy and how we felt into a positive way."

They came up with a shoot-a-thon fundraiser, where students would take pledges to shoot hoops, with all of the proceeds going to Sydney's medical expenses. According to the Bandys High School athletics department, Wilson embodies the school's "Trojan Hustle Award," given out to athletes who have the most heart.

"Sydney gave her all on the basketball court each day, was a leader, and never let our team give up through the obstacles," a flyer for the event read. "Just as she did on the court, she displays this in life as well. Sydney was irreplaceable and such an important part of our Women's Basketball Program while here at Bandys and gave so much to her team. We want to give back to her the best way we know how."

The shoot-a-thon was an overwhelming success. Brittain said she never expected as many students to participate. Bandys officials said they'd hoped at least 10 people would pledge donations. They eclipsed that mark and then some, with Brittain saying nearly $25,000 was raised in a single day.

"I did not expect it to be as big as it ended up being," Brittain said. "It was incredible being there."

They even had a VIP in attendance, as Sydney was there. As Brittain put it, she "masked up" and had a good time on the court with her former teammates.

"She was so thankful," Brittain said. "She told us thank you so many times. She got to have fun and even shot a few hoops herself. We were all so glad she felt good enough to come out."

Brittain said the school currently doesn't have any plans for future fundraisers, but they are accepting donations through Friday, Feb. 19. Any person interested in making a donation can click here for more information. Contributions can be made to the school's Venmo account.

"The goal is to get everything from the shoot-a-thon, then write a check for that exact amount," Brittain said. "We're still allowing donations to come in this week."