Moira Dorsey remembers reading her father's medical book when she was a young girl. Years later, she works as a registered nurse. Her dad is a surgical assistant. 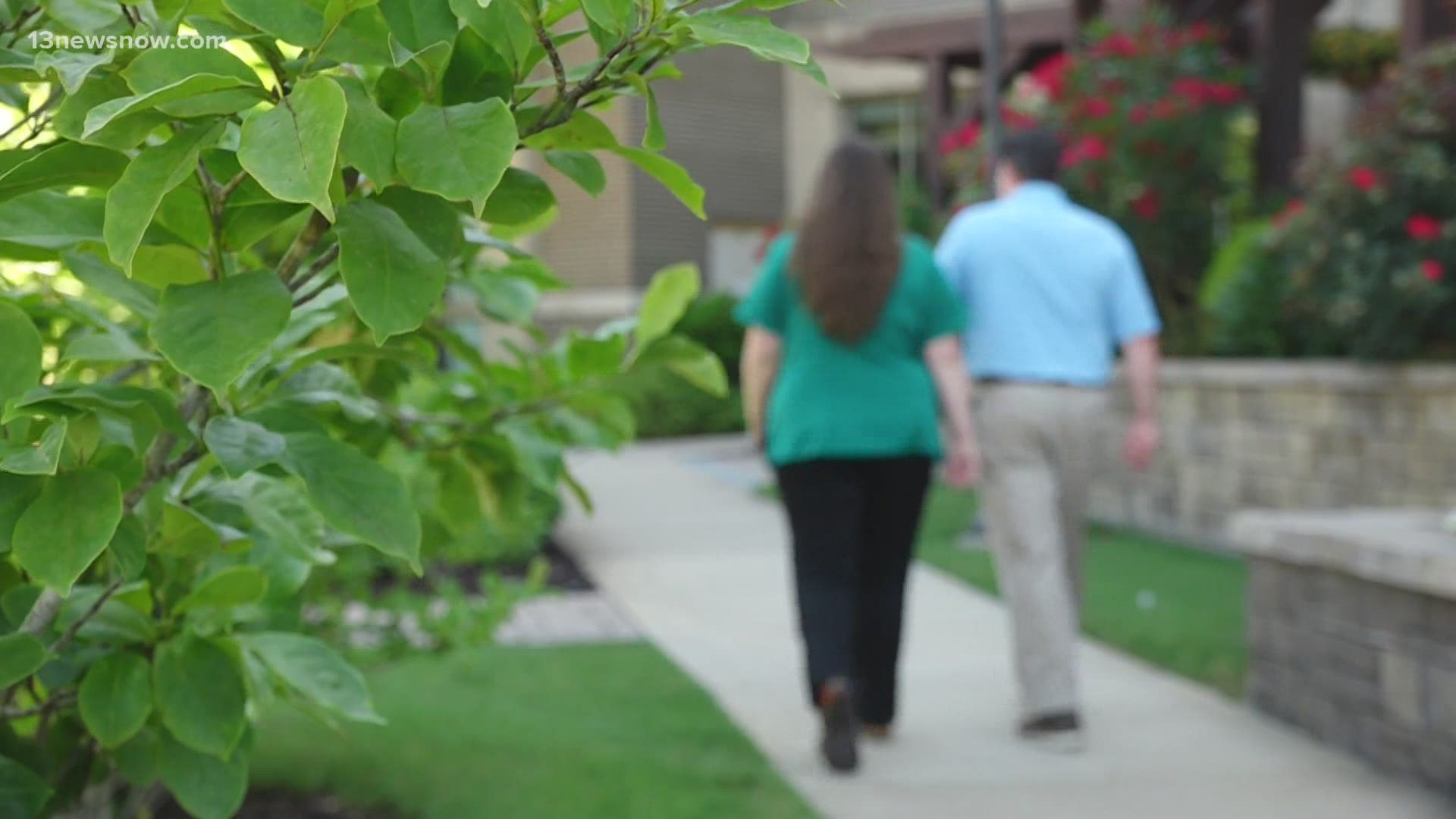 NEWPORT NEWS, Va. — “It’s a different type of bond that we’d never had before," said Moira Dorsey, a registered nurse for general surgery at Riverside Regional Medical Center. Her dad, Jeff, is a surgical assistant in the operating room.

They’re typically on opposite shifts. It’s a special connection the two share. They’re able to hug, talk about their days, help prepare each other and share words of encouragement when trading off.

“If I’m working two or three nights in a row, he’ll know how my night was before and he’ll go off of how it was," said Moira. She just started her career as an RN in January.

“I used to look at your medical books when I was seven. But I wasn’t exactly sure what I wanted to," she said. She always dreamed of a job helping others, but never imagined that her father would be practically by her side cheering her on.

“It’s really cool. I enjoy it. I’m very proud of her. I love to see it. She’s so excited being a nurse in her new career. She’s a sponge," said Jeff.

“The fact that I get some of his patients that he’s literally done surgery on is crazy. I definitely never thought that that would happen," said Moira.

There was one time in high school Moira watched her dad perform surgery at the hospital. Even then, she never expected that they’d work at the same place or treat the same patients.

Sometimes the Dorseys' shifts will overlap, giving the two an opportunity to say a quick hello to each other inside the hospital.