There's more to a Chesapeake shop closing than just hardware. 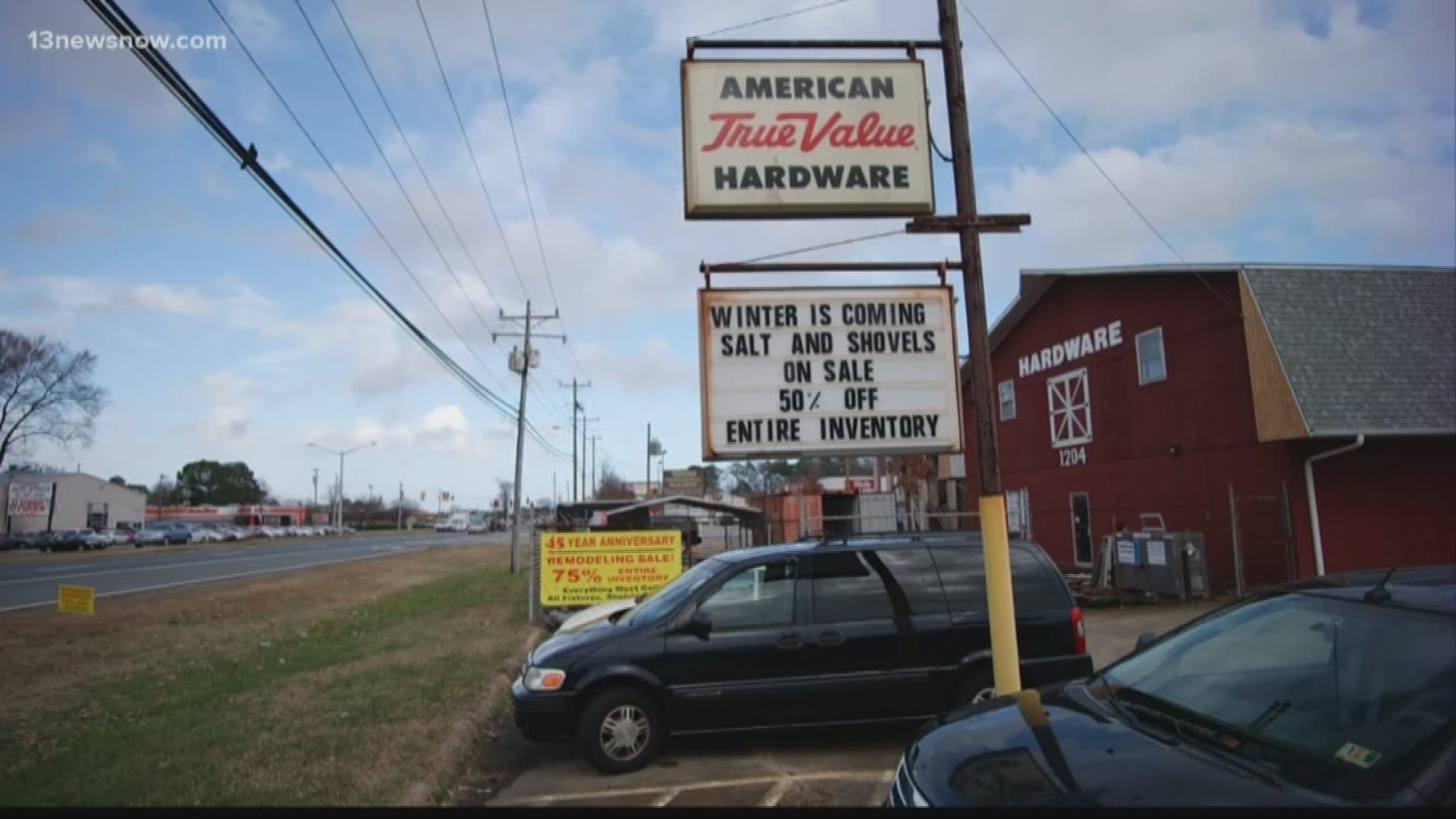 CHESAPEAKE, Va. — It’s one of those times where “everything must go.”

The slogan is printed on signs outside of the American True Value Hardware store in Chesapeake.

After 45 years in business, owner Maury Philippi has sold his business to Ace Hardware.

It’s a story similar to many other mom-and-pop shops across the country- where big-box stores are making it difficult to survive.

But its story is unlike any other hardware store when you take a look at what’s upstairs.

“The memories,” said Philippi. “Nothing tops those memories.”

Memories that include decades and decades of dancing in the studio Philippi built with his wife Carol.

Before moving to Hampton Roads the couple traveled the world performing together.

It’s how they met- an instant bond that made them inseparable from their first performance to their last in the 1970s.

In 2013, after 57 years of marriage, cancer would finally pull Maury and Carol apart.

“She died on my birthday,” said Philippi. “I think it was her way of giving me a present that she wasn’t suffering anymore.”

It’s why, five years after her death, Maury is saying goodbye again. The studio above the shop is where the couple shared hours and hours teaching dance to people all across Hampton Roads. It will be gone, along with the store, when it closes in just days.