The South Hill mansion has a reputation for bad luck, starting with its original owners who divorced three years after building it in 1916. 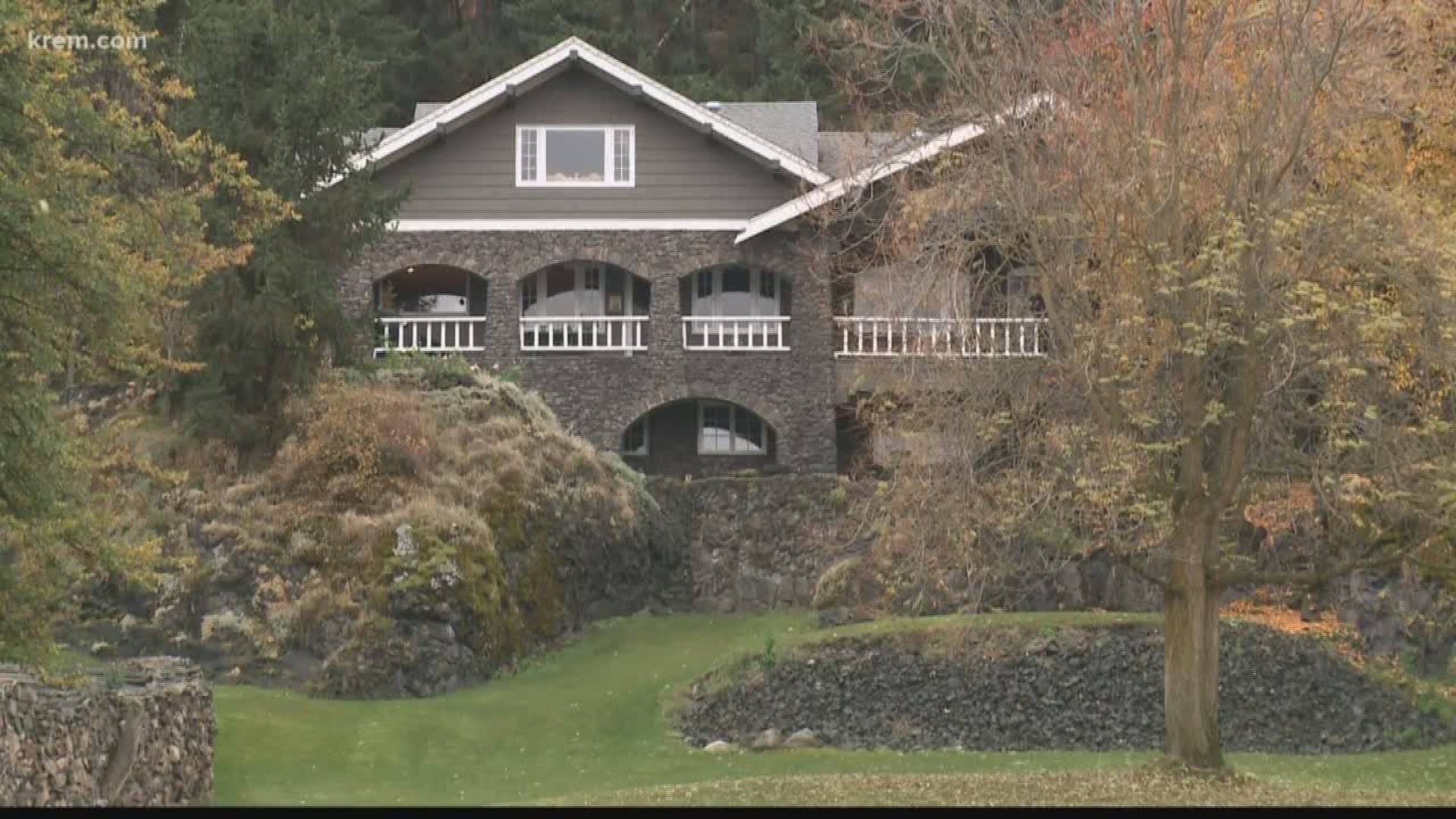 SPOKANE, Wash. — It’s a South Hill mansion known to many with a murderous past.

“It’s a little on the creepy side if you know the history of it. If you don’t know the history, it’s just an old house,” said author and former sheriff, Tony Bamonte, when he spoke with KREM in 2018.

Bamonte died in July after a lengthy battle with pancreatic cancer.

The Hahn Mansion has a reputation for bad luck, starting with its original owners: Ralston Wilbur and Sarah Smith, who divorced three years after building the house in 1916.

The second owner, a pharmacist, also vacated the premises after only five years. In 1924, it was sold to Dr. Rudolph Hahn, or as some publications call him “The Mad Doctor of the South Hill.”

“A bad luck house before that but he really made that a terrible place to live,” Bamonte explained.

The elderly Dr. Hahn had moved up from the Chicago area, divorced his first wife and remarried Sylvia, who was 32 years younger than him.

Bamonte has collected dozens of articles on Hahn for his recent book.

“I would say he was kind of an abrasive person that kind of upset people easily and he loved attention,” he said.

Hahn bought a giant radio antenna and played music so loud the neighborhood complained. He hosted lavish parties and once drunkenly drove his car into his own swimming pool. He was a licensed physician but also performed electroshock therapy and illegal abortions on the side.

“Dr. Hahn was really abnormal in a lot of ways and I think he liked intimidating his wife,” Bamonte said.

The doctor also had an odd habit of firing weapons inside the house.

“I would put a bet on the fact that he’s probably shooting close to her to scare her. He must have made life pretty bad because she ended up killing herself,” Bamonte explained.

Police were called to mansion in 1940 to find Sylvia deceased from a gunshot wound to the head. Though Hahn was initially arrested, ballistic evidence pointed to suicide.

In 1945, Hahn sold the house after being convicted of manslaughter following the death of a patient he performed an abortion on. After a judge ordered him to give up medicine, he moved into the New Madison Hotel. A year later, he was visited by a French hearing aid salesman about a loan.

“Both the guy who tried to get the loan and Hahn were very combative in their attitudes. Consequently, this ended in a major fight, a life and death fight, and Hahn lost,” Bamonte said.

The 81-year-old was stabbed through the heart with World War II bayonet from his own weapons collection. His ashes are at Fairmount Memorial Park, mixed in with his wife’s, probably the last person who wanted to spend eternity with him.

Meanwhile, the house changed possession a number of times, becoming a retirement home and apartments at one point. Over the years, Bamonte has known two of the previous owners who also may not have had the best luck while living there.

The Hahn Mansion is currently privately owned and not open to the public in any way.

A: Though it’s been reported that Hahn was not a real doctor, but a barber with a mail order medical license, the truth is that he was actually licensed and worked as a barber to help pay for medical school. Some of his practices, such as electroshock therapy, which are looked down upon now, were once widely accepted.

A: Though Hahn was initially arrested for the crime, and police were confused by the gunshot holes throughout the house. The powder burns on his wife’s hand indicated that she likely pulled the trigger, indicating a suicide. As for the gunshot holes, Hahn claimed he liked to shoot at insects, but Bamonte believes he was likely firing the shots to intimidate his wife.

A: In the application for the Spokane Register for Historic Places, there is a tunnel listed that connects from the house to the garage.

4. “The basement contains gutters to the drain the blood from Dr. Hahn’s operations.”

A: Bamonte has been inside the house a number of times and says the basement appears quite normal.

5. “The house’s owners want people to talk to them about the history of the house”

RELATED: These are some of the most haunted places in the Spokane area