One hen and one rooster had a grand time exploring the exhibits at Isle of Wight County Museum in Smithfield! 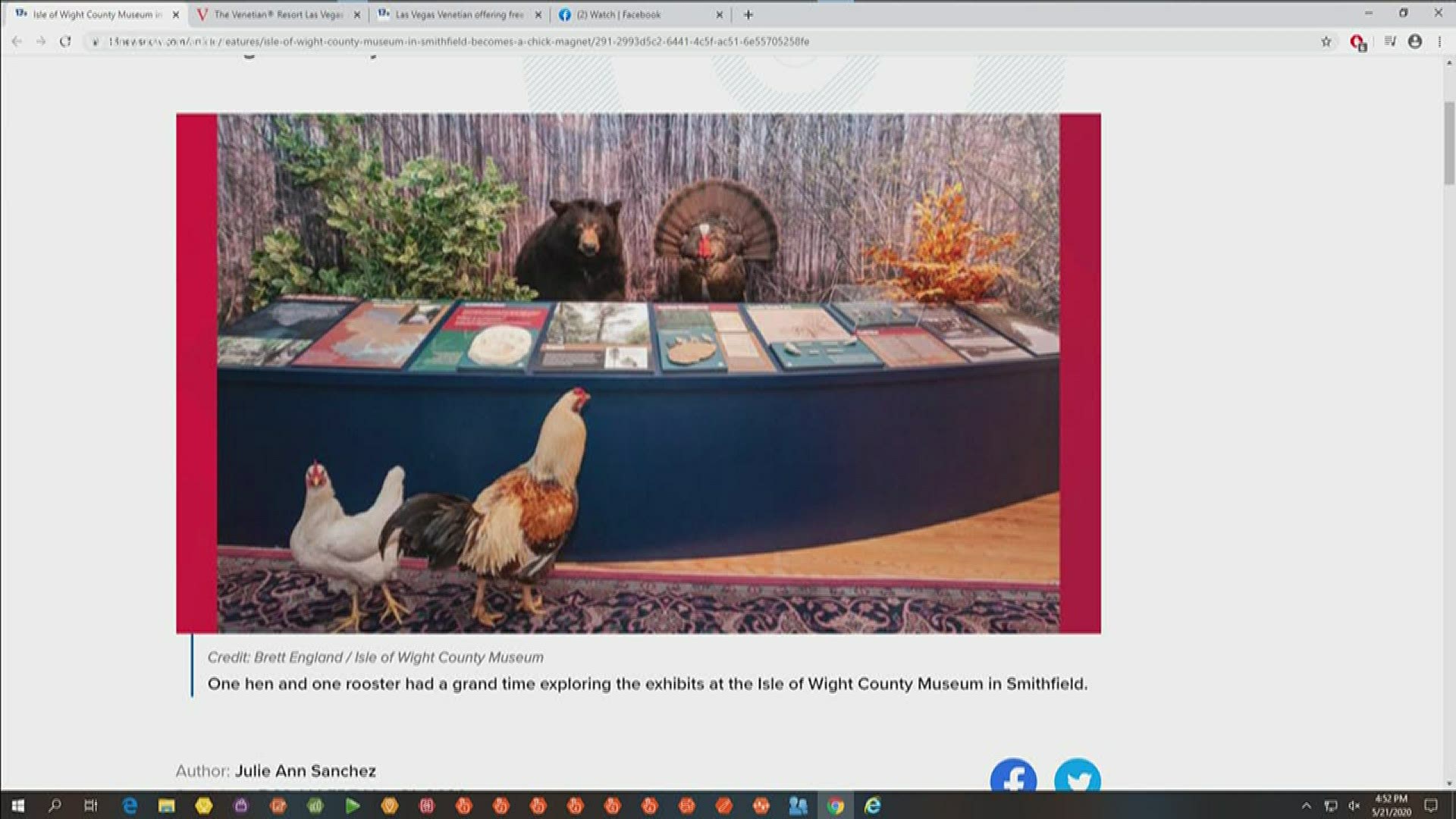 SMITHFIELD, Va. — The Isle of Wight County Museum became a total "chick magnet" when it received a couple of fowl visitors Wednesday.

One hen and one rooster made it a "chicken date" to the museum in Smithfield.

The museum is currently closed to visitors because of the pandemic but these two chickens had a grand time exploring the exhibits, Isle of Wight County Museum Director J.L. England said.

"They appeared to favor the country store and the exhibits detailing the older history of the county," England said.

The chickens are owned by Cheryl Ketcham, owner of Finley's General Store in Carrollton.

England said the chickens were perfectly behaved and left behind only a bit of straw from their traveling carrier.

RELATED: This video of penguins roaming around a closed zoo is the cutest thing you’ll see today

RELATED: Penguins wander around Chicago aquarium closed due to coronavirus