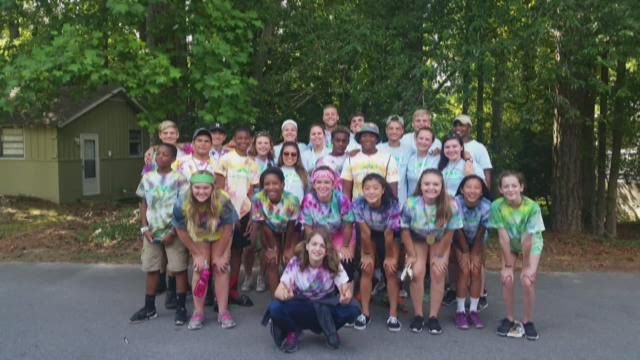 CHESAPEAKE, VA (WVEC-TV) -- You can't help but see and hear the constant smiles and laughs inside their home in Chesapeake.

"It's amazing," Michael Giles said. "Every moment with my mom and my dog is amazing."

Michael cherishes these happy times because his mother, Kina Andrews, is her old self again.

"It's nice to see her walking and laughing and smiling and happy," Michael said. "I don't know what i would do without her."

Michael saw his mom battle and survive breast cancer. It was tough and he feared she wasn't going to make it.

"In the back of my mind I was always scared and worried for her," Michael said.

Michael says he learned a lot about his mom's strength during her battle.

"She's a fighter," Michael said. "No matter how many hard times we go through or how many struggles, she's gonna fight and always try to keep a smile on her face, which is something she passed on to me."

And now, Michael wants to help other kids whose parents have cancer. He knows it's something so hard to handle -- especially if you're a kid.

"I'm trying to give them some happiness to look forward to and not just what I had to feel --- basically my mother's pain," he said.

"Kids like them who have a parent with cancer can meet up and have a fun time and get their mind away from hard things and just be happy and have fun and laugh and smile," he said.

It'll be a day of games, good times, talking, and just kids being kids and it's open to children who share this emotional bond.

It'll be held on Saturday, September 24 at the Children's Museum in Portsmouth. There's open admission with the purchase of a ticket to the event. It'll run from 9 a.m. to 5 p.m. and there will be a special meet and greet with the Season 2 champion of the Food Network's Kids Baking Championship, Alex Portis.

Michael is getting support from area businesses in terms of sponsorships because they believe in his cause.

Mom believes in Michael, too.

"When you see your child be so selfless, it's just so beautiful," Kina said. "I'm so proud of him ...he's my everything."

For more information on Michael's Kids Fun Day, and to purchase tickets, go to: swscelebrationoflife2016.eventbrite.com.

1 / 10
<p>Michael wants to help other kids whose parents have cancer. He knows it's something so hard to handle -- especially if you're a kid. "Kids Fun Day" will be held on Saturday, September 24 at the Children's Museum in Portsmouth.</p>