We don't know for sure, but we think this particularly large bear family has been caught on camera more than once! 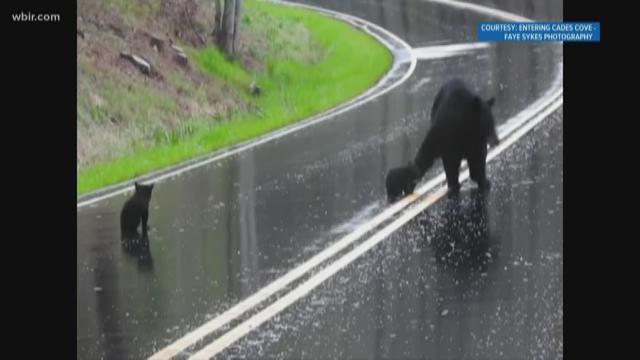 Could there be two busy momma bears raising four tiny cubs at once in the Cades Cove area of the Great Smoky Mountains National Park?

Last week, Cades Cove-Faye Sykes Photography shared the most adorable video of the bear family crossing, or attempting to cross, a wet road in the Smokies. 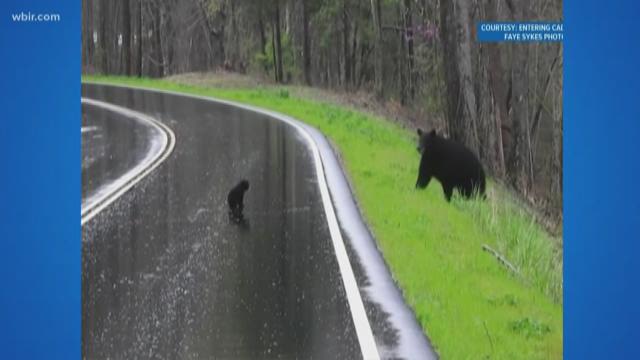 Momma bear got two cubs quickly across the pavement, but two others took a little coaxing from momma.

You can imagine what a busy mother she is!

RELATED: TWRA offers tips on how to co-exist with black bears

Matt Cameron from TWRA told us it's not that unusual for healthy bears to have four cubs at once, but it is unusual that she would have gotten all four of them this far! Life is dangerous for the little guys out in the wild, so she must be a pretty good mother.

Knowing that, we were pretty excited to see new video of a mom and four cubs in the same area this week!

Molly Matchette shared the video of a mother leading her big brood across the road in Cades Cove. We're not sure if this is the same family, but it could be.

The folks at the Appalachian Bear Rescue (ABR) reiterated it's not out of the norm for a bear to have four cubs, though the average is two or three. But it's not so usual for there to be two separate sightings of such a large family.

But there's something ever more important to remember.

"The mothers and cubs are on the move right now. Those cubs are just about three to four pounds and are easily distracted, so moms got a very busy job," said Janet Dalton, the assistant curator of ABR. "If you are driving through the park, in bear country, be careful. Just because you see mom and one or two cubs cross the road, there might be more."

If it is the same group, it does look like the little ones are getting a better at crossing the road, at least. And they're just as adorable as ever!

And here's another view of the family this week from what appears to be the other car. You can see momma stop and give each cub a sniff before she leads them across the road, the little guys scampering along behind her.