The fund raising ride ended with a motorcycle parade through the streets of Atlantic Shores Retirement Community. 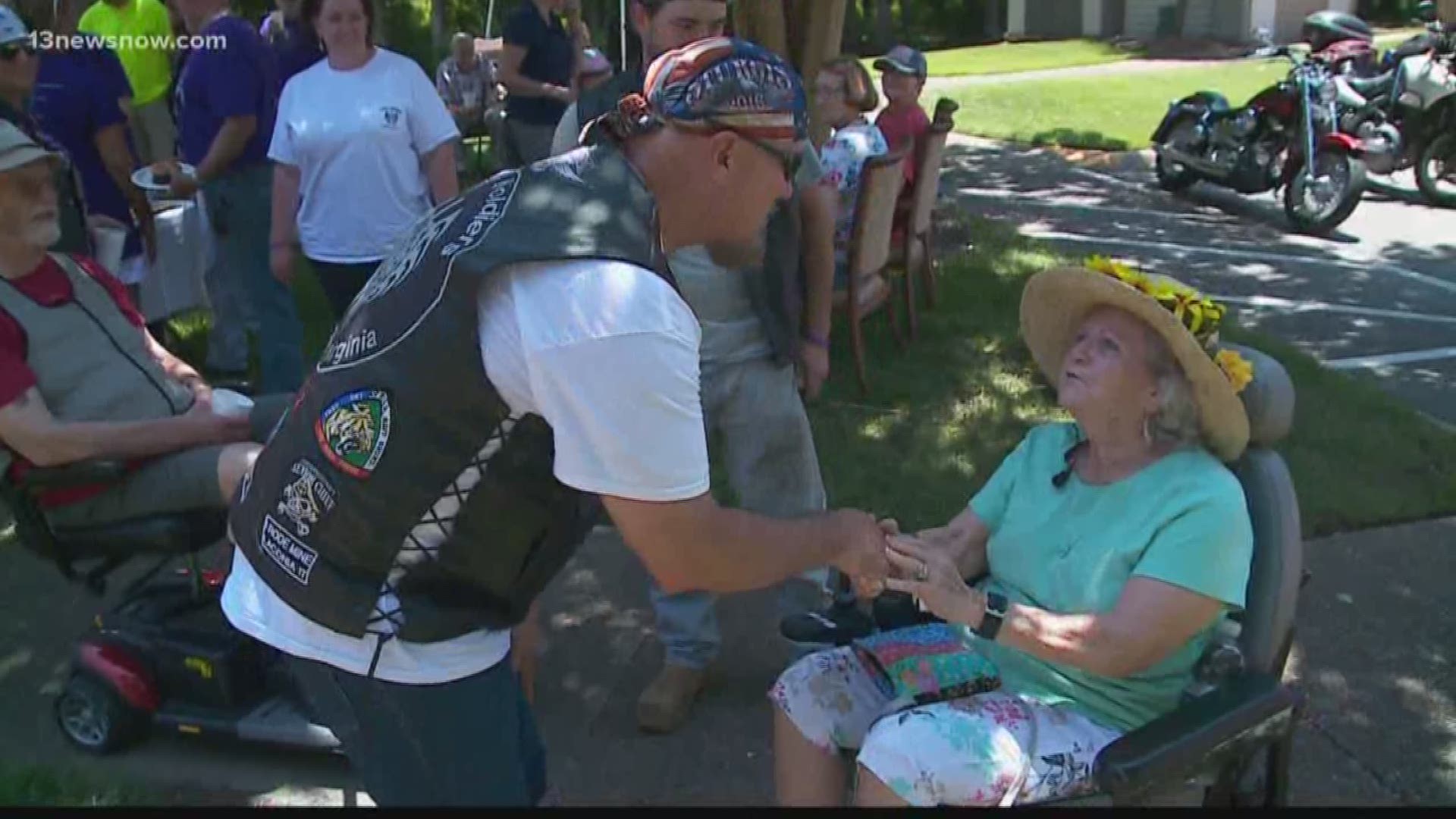 VIRGINIA BEACH, Va. (WVEC) - More than 50 members of the Women in the Wind Honey Badgers Chapter motorcycle club rolled across Virginia Beach Saturday as part of "The Longest Day," a fundraiser for The Alzheimer’s Association, ending with a motorcycle parade through the streets of Atlantic Shores Retirement Community, followed by a lakeside celebration with lunch and music.

Following on the heels of the longest day of the year- the Summer Solstice, this week-long global fundraiser supports all those affected by Alzheimer's disease, according to information provided by the sponsors. Together, events around the world will raise funds and awareness for care and support while advancing research toward the first survivor of Alzheimer’s.

Atlantic Shores hosted the event, and also donated to the ride with proceeds from a 50/50 raffle sold by residents of the community.