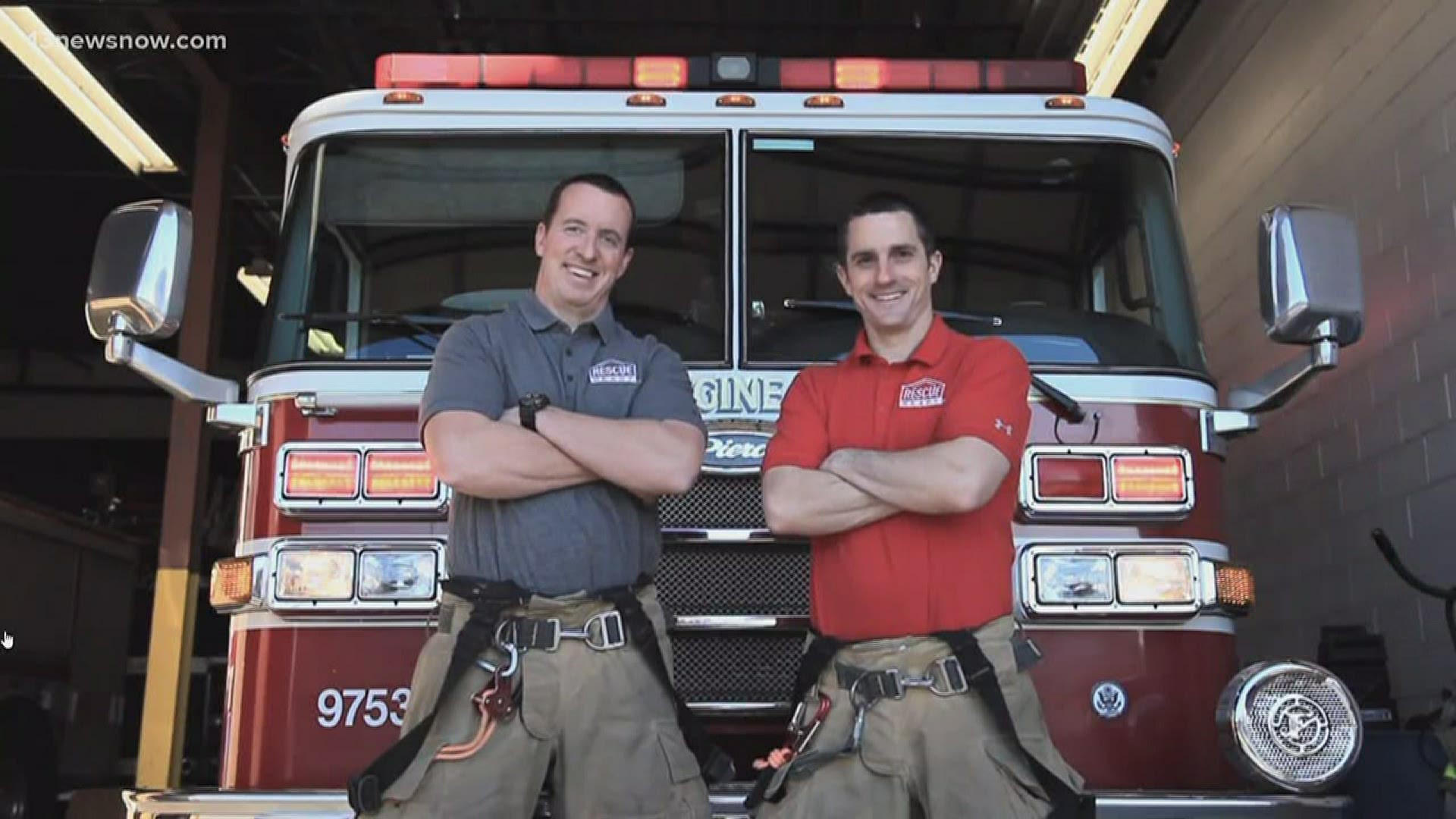 NORFOLK, Va. — Eric Hartsfield and Brett Russell both studied business at James Madison University before becoming firefighters in Hampton Roads, with contractor businesses on the side.

Despite their similar interests and paths, it wasn't until Hartsfield was transferred to Fire Station 1 in Norfolk, and assigned to the same truck as Russell that their paths officially crossed.

Unsurprisingly, the two hit it off. Soon after, Eric came to Brett with an idea.

Years of going into burning buildings had opened Eric's eyes to just how out of date standard, in-home fire escape systems were.

They shared a shared six-pack over their earliest prototype, cut from a slab of cardboard.

Five years later, they stood in front of the ruthless panel for which the hit ABC show Shark Tank is named for. The product they pitch on that show: the Window Fire Escape Ladder System.

Meanwhile, they've opened a Kickstarter for their other product, the Rescue Ready Retrofit.