The Riverview Theater's doors closed years ago, but a nonprofit hopes to give it a new performing art heart. The Generic Theater will bring life back to the theater. 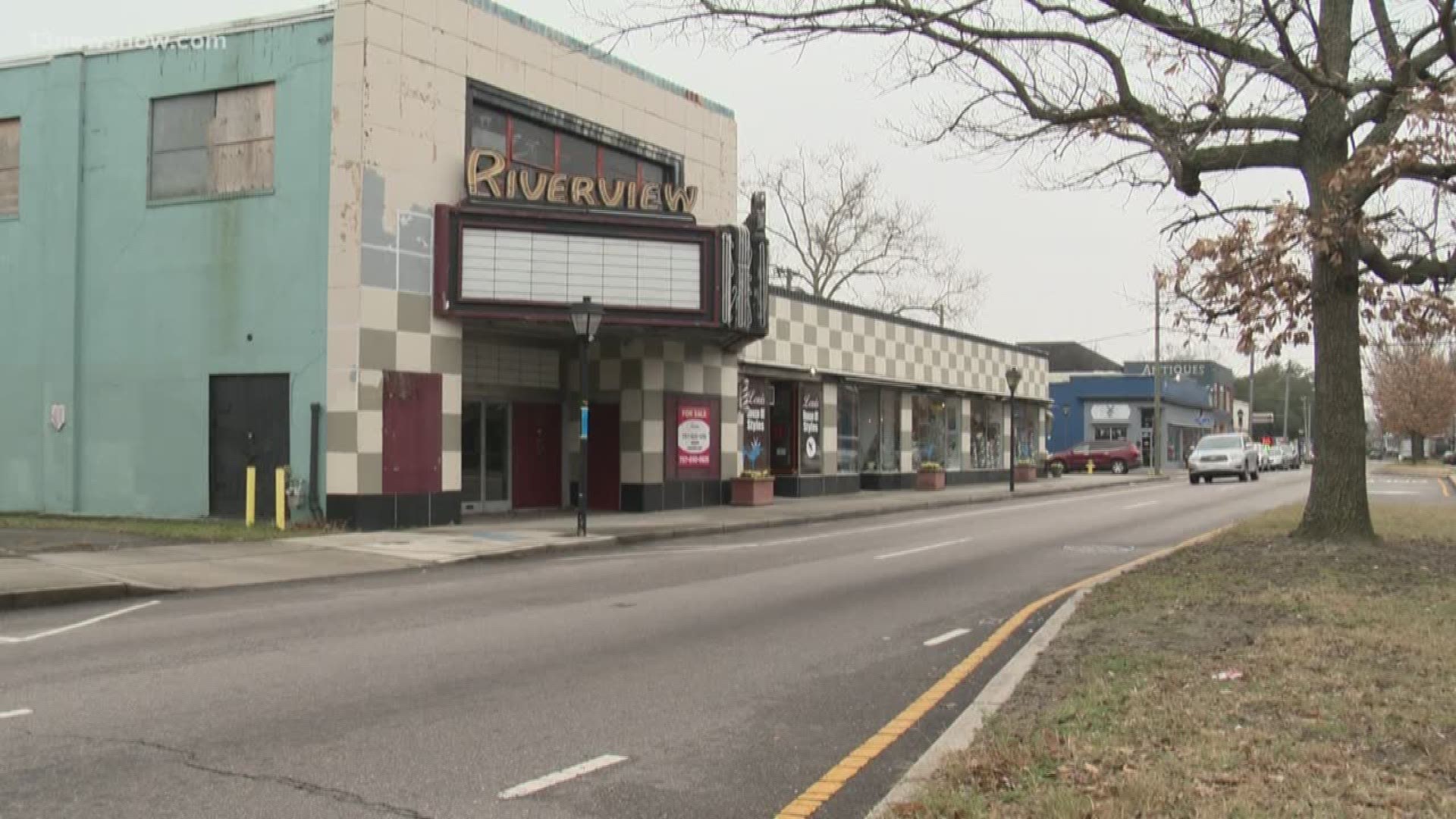 NORFOLK, Va. — The Riverview Theater's doors closed years ago, but another theater group hopes to give it a new performing art heart.

Norfolk playhouse, The Generic Theater, recently announced it's expansion to a permanent location at the old Riverview Theater. The space is located down Granby Street in Riverview Village.

"That marquee is going to be well lit again," said Generic Theater General Producer Shon M. Stacy. "I think it is just going to be a great addition to the neighborhood."

Stacy said the space has good bones but needs some TLC.

"It's a building that has been sitting for a little bit." Stacy said. "So, we need to do stuff with the walls, paint, freshen it up. We really want to historically restore it."

Now, the Generic Theater is asking for help with meeting their fundraising goals. It's a big purchase for the nonprofit, but community members are already chipping in.

"I had a gentleman give me a check from a local civic league," Stacy said. "Just the buzz alone, they are like yes, we are excited."

Owner John Childers of MJ's Tavern just down the street helped deliver the $1,000 check. He said the Riverview Village Business Association pulled it together to help bring the theater back to life.

"It is the buzz of the day," Childers said. "Everybody is excited. Everybody is dreaming, 'oh back when I was a kid, that is where I went.'"

There are a lot of restaurants in the Riverview Historic District that Childers said people don't know exist.

"The restaurants like Blanca and myself, Charlie's across the street, would all benefit from the evening crowds," Childers said. "It would be a great boost for the entire community."

Even small shops like The Village Mermaid are excited for the extra foot traffic.

"I saw the sound of music there when I was eight with my parents and grandmother," said Village Mermaid co-owner Tom Kirsch. "I remember it like it was yesterday."

Generic Theater staff hope for a summer of 2021 opening. They can't wait to join the neighborhood.

"We are a community theater," Stacy said. "We are a theater in the community. We can't wait to be in this community."

Generic Theater's Board President Tony Robinson said they have a ballpark estimate for the renovations, but will have more details at the end of the month.

If you are interested in helping with the Generic Theater's renovation costs you can donate here.

Also, take a look at this blast from the past. 13News Now staff found old archived pictures from a showing of the Sound of Music at the Riverview Theater back in 1965.

Sound of Music at the Riverview Theater, 1965

RELATED: Norfolk group asks community to keep giving to those in need after holidays

RELATED: He lost his legs, but a Portsmouth man is determined to make a change in his community

RELATED: Local organization gives back to Norfolk community through care bags for homeless