Skyler Rettig died in 2017, the result of a car accident nearly 10 years earlier and the girls have sent him notes on his birthday each year since. 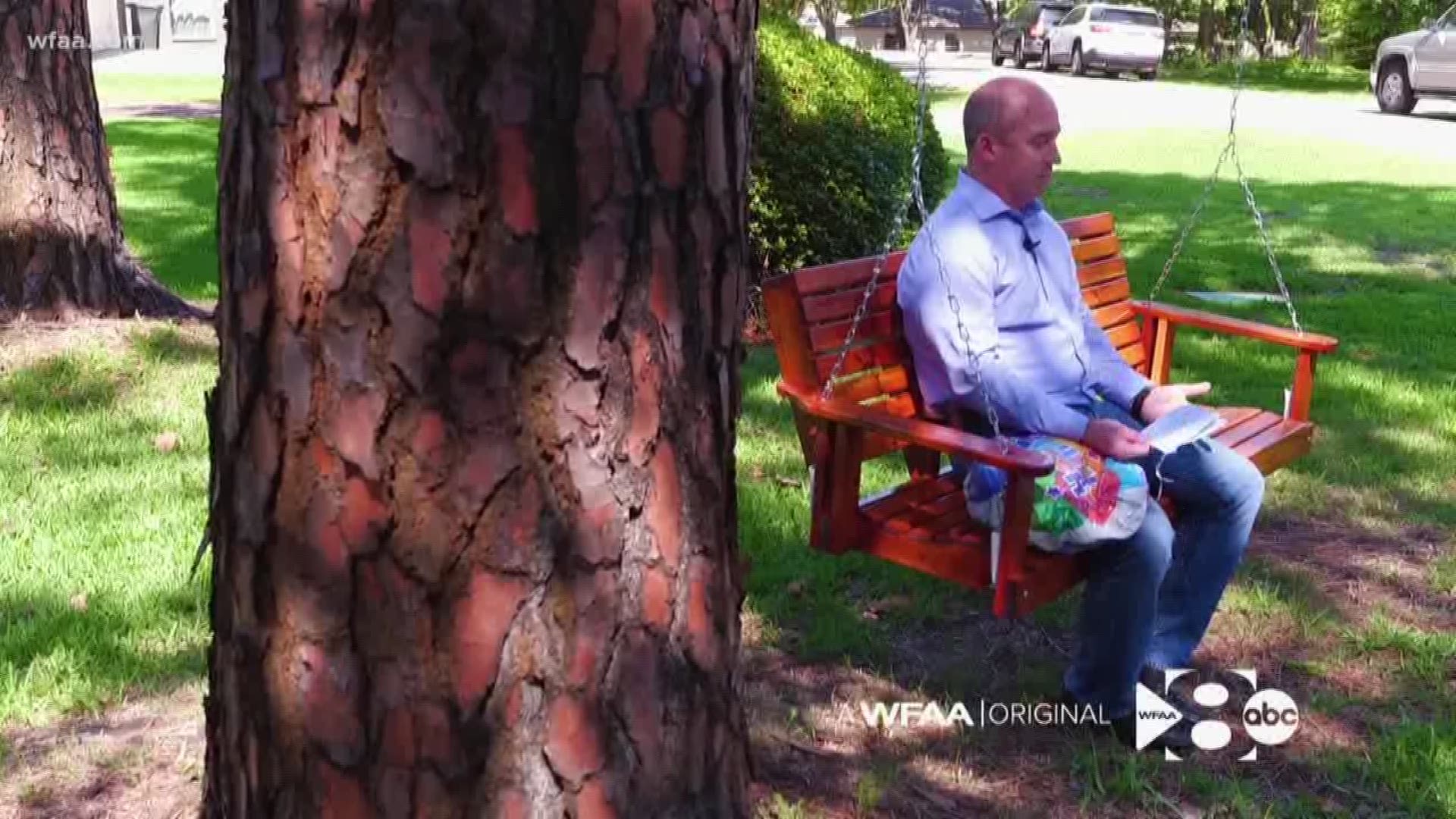 Colleyville resident Lance Dunahoe wasn’t going to be part of this story until it landed on his doorstep.

It happened a few weeks ago when, out of the sky, a balloon floated through the trees and landed on his doorstep. “When it lands in your yard, when something kinda falls in your lap, it’s hard to ignore,” said Dunahoe. “And I felt like this message landed in my yard for some reason. I didn’t know what, but I certainly was curious at that point.”

Lance, a business coach and trainer, was on his way out the door when he found it. “I set my backpack down and walked over and found a note covered in dew and read it and immediately realized what I had was a very special message,” he said.

The note was signed by two little girls who live just four miles away in Bedford: 7-year-old Gypsy Rettig and 6-year-old Story Rettig. They’re sisters and although they intended on someone receiving their balloon, that yard was not the destination. “It didn’t go up to heaven,” Gypsy said. “I just love him a lot.”
“Me too,” added Story.

The girls meant that balloon for their daddy in heaven. Skyler Rettig died in 2017, the result of a car accident nearly 10 years earlier and the girls have sent him notes on his birthday each year since.

More than anything, they wanted their dad to know he’s still very much on their hearts. “We’re still thinking about him and that we love him and miss him,” Gypsy said, fighting back tears.

Perhaps a sign that he was listening, when they released that balloon, the letter S, Skyler’s initial, was in the clouds. “He was caring and loving and silly,” the girls’ mom, Tori Western, said. “He loved being a dad.” If his daughters needed something, Skyler was the kind of dad who would’ve done anything to be there for them especially now.

A couple of months ago Story started having seizures. This year, on her dad’s birthday, the day after they released that balloon, she was admitted at Cook Children’s Hospital in Fort Worth. Story has spent weeks being poked, prodded and examined. The medical bills alone are overwhelming and doctors still don’t know what’s wrong, but they are certain it’s some form of epilepsy.

And it was during that recent visit to Cook Children’s that Lance Dunahoe found that balloon. Lance, who has two kids of his own, posted about it on Facebook. “I felt somewhat responsible,” he said. “This balloon landed in my yard.” Within hours, his Facebook post had been shared more than 100 times.

“They kept asking, ‘how can we help? How can we help,’” Lance said. “So it was suggested to start a GoFundMe Page.” In just a few days, Lance, and his friends on Facebook, raised more than $3,000 for these girls. They’re also working to provide story with an epileptic service dog. All of it possible thanks to a father who answered their prayer.

“This one was very obvious,” Lance said. “This one was blatant. But I think we all have an opportunity every day to be the answer to somebody’s prayer.” When Lance found that balloon, the two sisters figured it had gotten off course, but now they’re convinced: it may have landed in his yard, but they got an answer from above. “I’d have to say it was definitely their dad looking over them,” Western said. ”There’s no doubt in my mind.”

“It’s like really awesome and feels good to know that he’s seeing us and knowing what we’re saying to him,” said Gypsy. And because of that guardian angel, they now have a piece of heaven on earth.