A small team with a big job at Harbor Park. 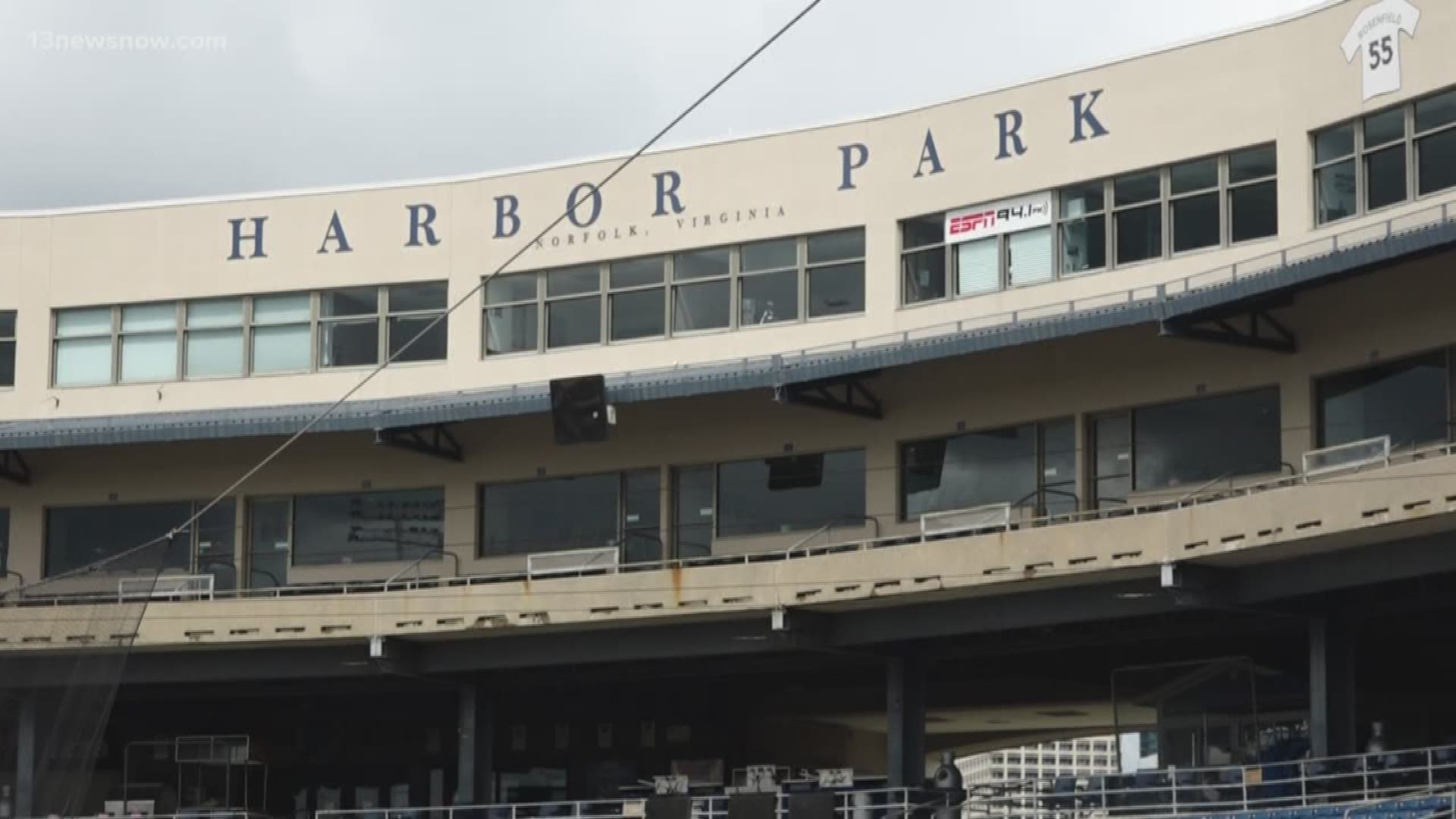 Kenny Magner is the head groundskeeper for the park and the 2019 winner of the Spirit of the International League award.

He joined the Tidewater Tides in the late 1970s and soon became the head groundskeeper for the team. He's been in this position through a name and venue change for the team.

It's not something he does alone: "It's me, Justin and one intern."

The team of three grooms and maintains the field — infield, outfield and behind the scoreboards — with equipment in their hidden storage area.

"We all know that some fans only come to one or two games a year and that might be the only one we come to so we want to look the best we can each day."

A few years ago, the team at Harbor Park went through a massive undertaking, "We could tell that something was happening so I did a couple of surveys over the course of 2-3 years."

"Then we put it into a contour map .... we could see that we were developing a low spot out here in right center."

They ended up resurfacing the entire field, from the dirt to the irrigation system.

"That's the pride I take in it, that I put my time into it, and my energy to get it right."