Seven firefighters and their significant others found out they were all expecting at the same. 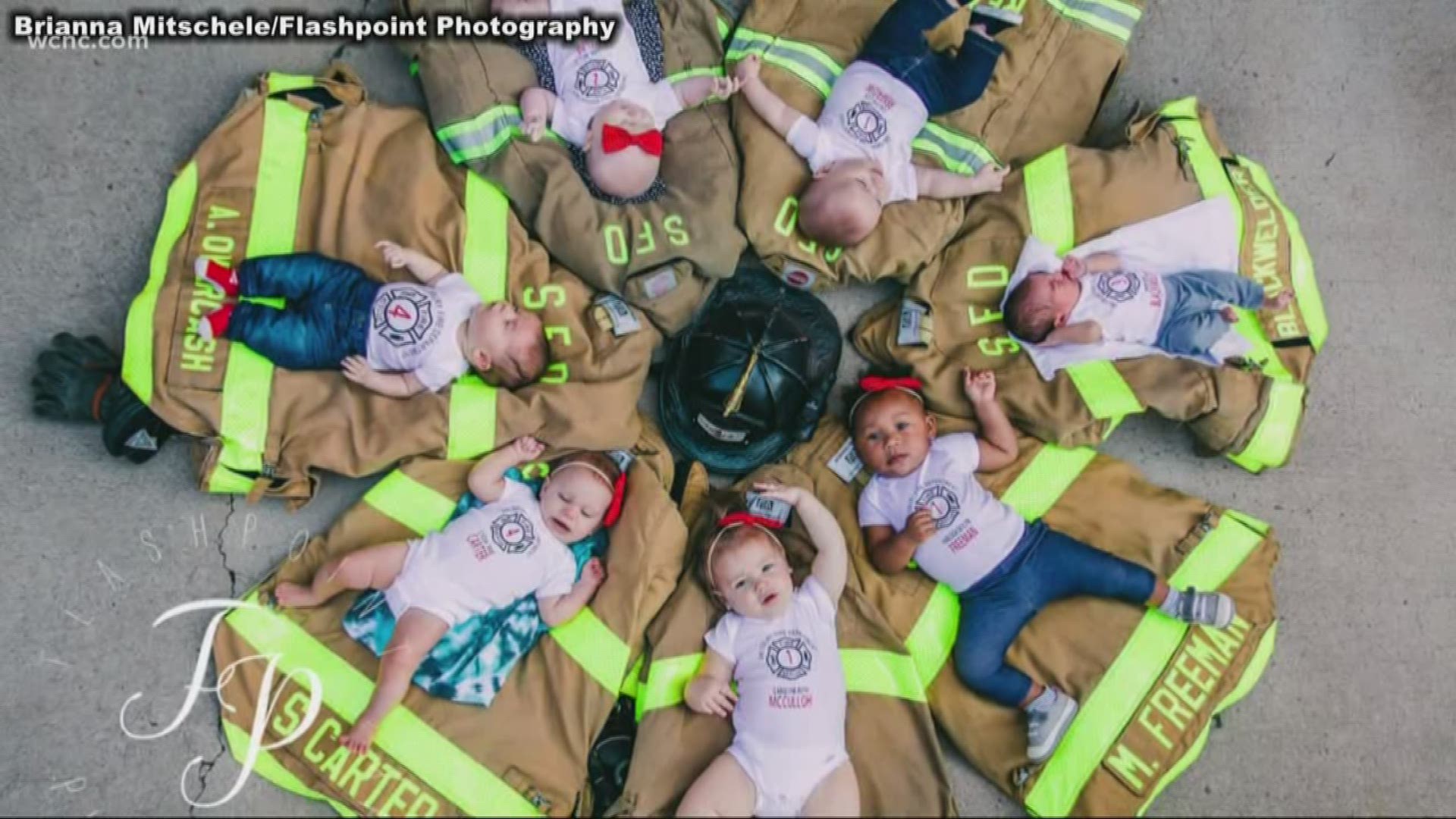 SALISBURY, N.C. — After a baby boom in the last year, a total of nine babies have been born to firefighters with the Salisbury Fire Department.

It all started with Captain Lauran McCulloh, who gave birth to her daughter Carolyne last September.

Michael Freeman followed when his daughter, Harleigh Freeman, arrived the next month.

“I did cry. I teared up,” Freeman said about the day he became a dad. “I knew that everything was just going to be about her. Period.”

Then one by one the pregnancy push among other firefighters started making its way through the department.

In total, seven firefighters and their significant others found out they were all expecting at the same.

The firefighters all have their theories as to what’s behind the fad. Some said timing, others attributed it to a pay raise, and some said there’s something in the water.

But Curtis Summers thinks it’s something else. He said, “It’s all in the Kool-Aid.”

The women said they were thankful to have each other to lean on throughout the pregnancy stage and then birth.

"Those who've had the baby prior to me, I was like, 'How are you getting this kid to sleep?'” said Brittany Summers. “So we've been able to exchange a lot of information, which was good for me."

Chelsea Cline said this was her second pregnancy, but with eight years now between her two children, she said it was nice to have the support group of women.

“It was kind of like starting over with my pregnancy,” she said, “so it was nice to have other women who were going through the same thing.”

The firefighters said the baby boom created an even stronger bond among the new parents.

"Our work life is just as tight as our home life,” said Renfrow, “and you know, we're there for each other through the bad parts and the good parts of parenthood."

It’s a bond the firefighters hope their children will share as they grow up together.

"Very fortunate to be able to have kids and let them grow up in the environment that a lot of us got to grow up in,” said Alan Overcash.

The seven women who were pregnant all at once took part in a photoshoot several months ago with Flashpoint Photography. Now that all nine of the future fire recruits have arrived, the couples reunited for another photoshoot to show off their newborns.

The owner of Flashpoint Photography, Brianna Mitschele, is a former Salisbury firefighter, and she shared her own announcement during the latest shoot.

“Well, I found out that I was expecting,” Mitschele said. “I found out in August.”

Mitschele and her Salisbury firefighter boyfriend now join two other couples within the department who will continue the Salisbury baby boom.

“I’ve already been asking questions,” Mitschele said. “I’m excited that I can just message them [the other mothers] for anything, and I will definitely need the playdates.”

These parents had no clue they were living in a former meth lab, now the mom-to-be has tested positive for meth

‘I became a mother on Skid Row’: After miscarriage, couple throws parties for homeless kids