SCIENCE BEHIND: Cider fermentation 101 at Back Bay's Farmhouse Brewing Co. 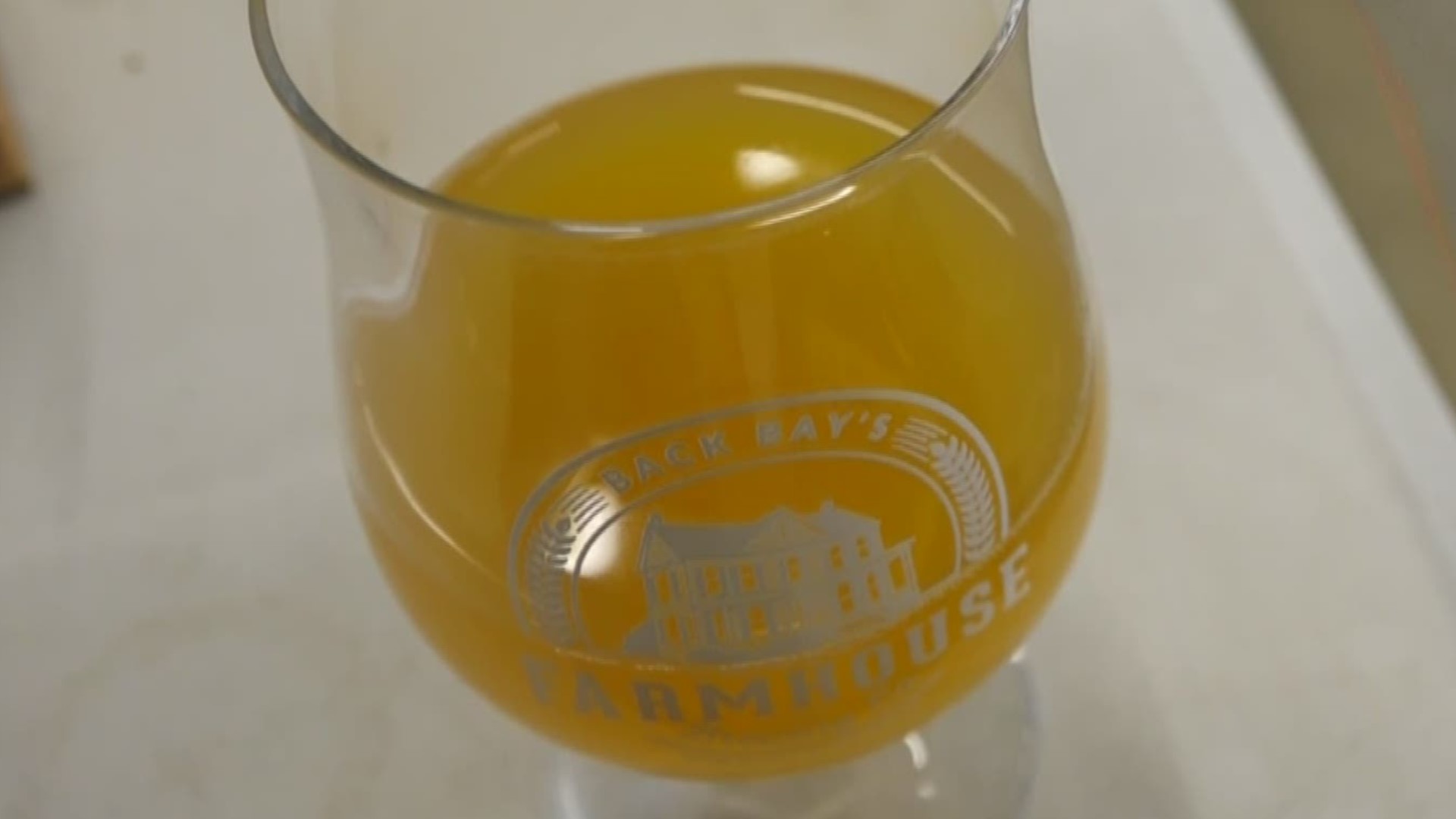 VIRGINIA BEACH, Va. — A couple of weeks ago on Friday Flavor, Madison highlighted the hard ciders at Back Bay's Farmhouse Brewing Co. in Virginia Beach.

I went with her that day – and I learned the science behind how they make those desired drinks.

We linked up with brewer Travis Phipps to break down the steps of making their well-known ciders.

The raw cider they use derives from local Virginia apples. Phipps said they let "the cider rest for 24 hours to let any particulates settle out that need to rest out to help clarify the finished product."

They transfer the cider to fermenters, where they add a type of yeast to the raw cider, depending on the desired flavor.

"Playing around with the different yeast has been fun and a little more into the experimental process," Phipps said.

"What the yeast does is it consumes, it eats the sugars and there are two byproducts...one of which creates ethanol, which is alcohol and the other is Carbon dioxide."

Too much Carbon dioxide would cause the tanks to overpressurize, so to avoid that, attached blowoff tubes allow the carbon dioxide to take a hike!

The entire process takes about a week to complete. After some measurements to check the ethanol – aka alcohol - levels, the yeast gets filtered out. That leaves only the product that customers come for.

The brewery says they use different types of yeast to achieve different flavors for the cider.

A similar process happens with beer, wine, and even mead, as well.

RELATED: SCIENCE BEHIND: How frost forms

RELATED: SCIENCE BEHIND: What causes the Thanksgiving Food Coma?