Virginia woman buys $3,000 worth of bras for sexual assault survivors

She said sexual assault survivors often have to leave the hospital without any of their clothing, and bra donations can help ease some of the pain. 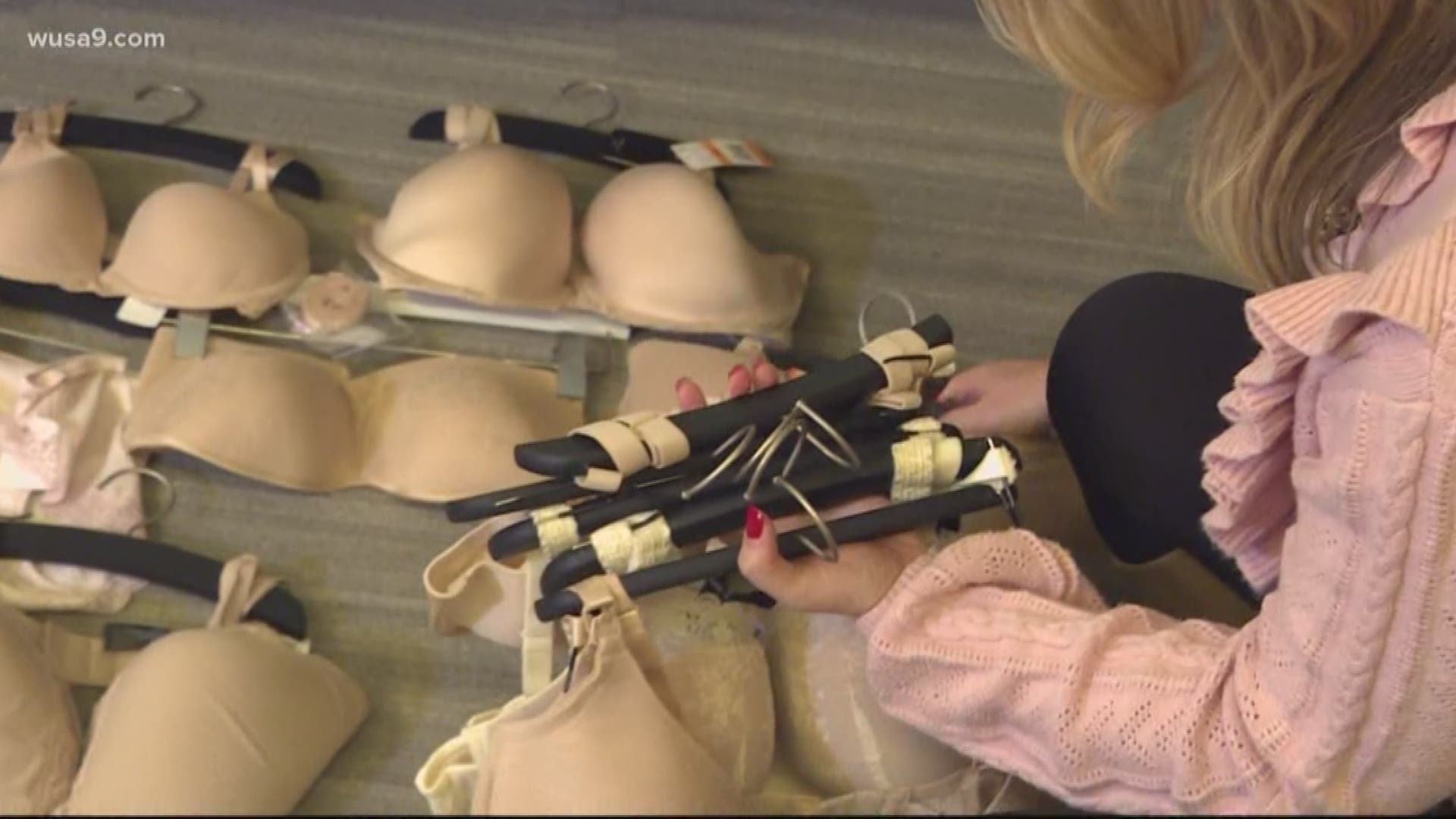 RESTON, Va. — When sexual assault survivors leave a hospital, they often have to leave behind their bra and underwear to be tested for evidence, according to a forensic nurse examiner. One Virginia woman is hoping to ease some of that pain with a donation of 70 bras come the New Year.

"I was doing some last minute Christmas shopping …and I saw that Pea in the Pod was closing and had this massive sale," Meaghan Smith said, who lives in Reston. "I saw these racks of bras and underwear in there, and I thought … who could benefit from this? I thought of my friend Carla who posted something on Facebook about a year ago asking for donations for bras and underwear."

Her friend, Carla DiBartolomeo, works as a forensic nurse examiner at Carroll Hospital. She said it's hard enough to have to poke and prod a sexual assault victim. Then, she has to make them give up their clothing.

"They often have to leave the hospital without a bra and underwear set…[because] it gets tested for DNA evidence," DiBartolomeo said. "We thought if we could just give them just a small little thing that makes them feel normal again, it would be a really great thing."

RELATED: ‘It just illustrates how important it is for every kit to be tested’ | Testing of rape kit backlog leads to criminal case in Virginia

Smith texted her friend asking if she was still seeking donations -- and the answer was yes. So, she decided to buy all the remaining stock at the store right before it closed for good.

"I have a lot of friends and people that I do know that have been victims, and I just kept thinking how horrific," she said. "I knew it was the right thing to do."

She said the manager was touched by what she was doing and told her she would give her a deal. After ringing up nearly $3,000 worth of merchandise, she discounted the entire purchase to $6.16.

"My heart was so full knowing and thinking about these women," Smith said.

She said it's a good reminder that you may not be able to change the entire world, but it only takes a small act to change someone's world.

"Any random act of kindness in any way blesses somebody in some way...I hope it creates a ripple effect."

RELATED: 'I want to stay healthy' | Virginia man asks for a new liver for Christmas

RELATED: 'There are no age requirements to make a difference' | 9-year-old runs for kids with cancer

RELATED: 'I knew I had to change' | Falconry saves DC man from life of drugs and violence